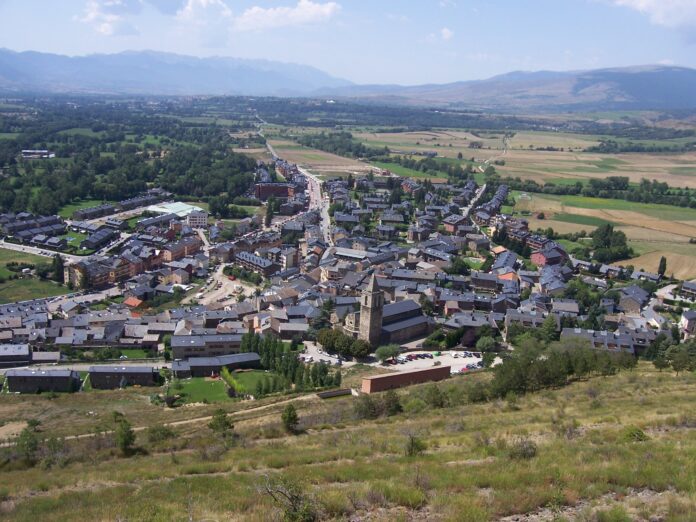 As an American, I’ve always felt a bit embarrassed at my limited grasp of foreign languages. I have friends in Europe who speak four or five languages fairly fluently, and they rightly boggle when they hear that most Americans are monolingual. But for complicated historical, cultural, and political reasons, that’s just the way things turned out. However, I did take French classes in high school (and picked up quite a bit more during the years I lived in France), studied linguistics as a grad student, and picked up a handful of phrases in half a dozen other languages here and there, all of which probably makes me slightly less clueless as a tourist than many of my compatriots. I usually know at least enough to recognize which language I’m listening to. Years ago while driving through Europe, we stopped at a gas station in Austria near the Italian border, and when we asked for directions to a certain castle, the clerk’s response included French, German, and Italian words in the same sentence. I got the general drift of what he was saying, but I marveled at how intertwingled the languages had become in this border region.

All sorts of interesting things happen around international borders, especially when those borders are not clearly defined. While looking at France and Spain in an actual printed atlas (remember those?), I saw something I’d never noticed before: a tiny region in southern France surrounded by what appeared to be an international border, but without any label whatsoever to tell me what it was. Andorra, a small country that straddles the border between France and Spain, is nearby, but this little blip was farther east in the Pyrénées and clearly something different. The light bulb went on shortly thereafter when I was reviewing my list of suggested topics readers had sent in: someone wanted to see an article about a curious place called Llívia. That was the blip! Due to a series of weird historical, geographical, and linguistic flukes, an entire Spanish town ended up completely within the borders of France. But that’s just the beginning of the story.

Officially, Llívia is considered a Spanish enclave within France. It’s a small town of about 5 square miles (13 sq km), situated less than a mile (about 1km) from the Spanish border and connected to the rest of Spain by a single, small road. The town’s official website lists its current population as 1,456, though I’ve seen considerably lower and higher numbers. Whatever Llívia’s population may be, it’s historically important that it be considered a town rather than a village.

Llívia was a strategically important area as far back as the time of the Roman empire, and was considered the capital of the region known as Cerdanya, which includes portions of modern-day France and Spain. But it wasn’t until 1528 that Roman Emperor Charles V (known in Spain as Carlos I) formally designated Llívia a town—apparently more for reasons of history than of population. This decision was to prove momentous a little more than a century later, when France and Spain signed the Treaty of the Pyrénées and thus settled the dispute over the border between the two countries that had been the cause of decades of war. According to the terms of the treaty, the border was to run primarily along the main crest of the Pyrénées, and all villages north of that line were to become part of France. Spain insisted that, according to the letter of the law, Llívia must be excluded from French rule because it was not a village but a town—and that’s why Spain continued to control a parcel of land entirely inside France.

In 1868, the border between the two countries was finally surveyed and delimited explicitly with a series of bordermarkers, numbering in the hundreds, including 45 just for Llívia. Most of these markers are simple chunks of stone, numbered consecutively and marked with “LL” on the Llívian side and initials representing the nearest French village on the French side; a few markers were made by carving numbers and letters into existing rocks. Locating and photographing these markers with the aid of maps or GPS has become a common tourist pastime.

Despite the seemingly conclusive nature of the bordermarkers, and despite the fact that Llívia is just a stone’s throw from the Spanish border, the two countries have tangled over the details of the border numerous times, with little pieces of land going back and forth according to the terms of the most recent lawsuit. One conflict involved the short road connecting Llívia to the rest of Spain: it was supposed to be neutral, but a certain French road crossed it. Each country felt its citizens should have right of way at the intersection, and ignored the other’s stop signs. Eventually an overpass had to be built, at Spain’s expense, to make the issue moot. At another, smaller intersection, a similar conflict was resolved by constructing a roundabout.

Good information about Llívia in English is hard to come by, though you can find some coverage on the web in French and even Dutch. When I first visited Llívia’s official website, though, I assumed it would be in Spanish. The text had a familiar look to it, but some of the words appeared to be Spanish while others appeared to be French. It took me a while to figure out that I was actually looking at neither Spanish nor French, but rather Catalan, one of the three official languages of the region of Spain known as Catalonia. Catalonia, which also encompasses Barcelona, is one of Spain’s 17 autonomous communities, with its own government and police force and considerable latitude to function, in many respects, independently of the nation as a whole. Thus, culturally speaking, Llívia is more of a Catalonian enclave than a Spanish enclave. (Times have changed since that first visit, by the way—the website is now also available in English, French, and yes, Spanish.) There’s now a popular movement pushing for Catalonian independence from Spain, which—if it ever takes off—could make Llívia’s status ambiguous once again.

Modern Llívia is scenic and quaint, known regionally for its annual music festival in August and a museum that contains Europe’s oldest pharmacy. You can stay in a three-star hotel and, during the colder months, enjoy good skiing nearby. If you happen to be passing through the Pyrénées, be sure not to miss it. (Helpful hint: going north, take the first right at Andorra and follow the signs…assuming you can figure out what language they’re in.)

Note: This is an updated version of an article that originally appeared on Interesting Thing of the Day on June 12, 2006.