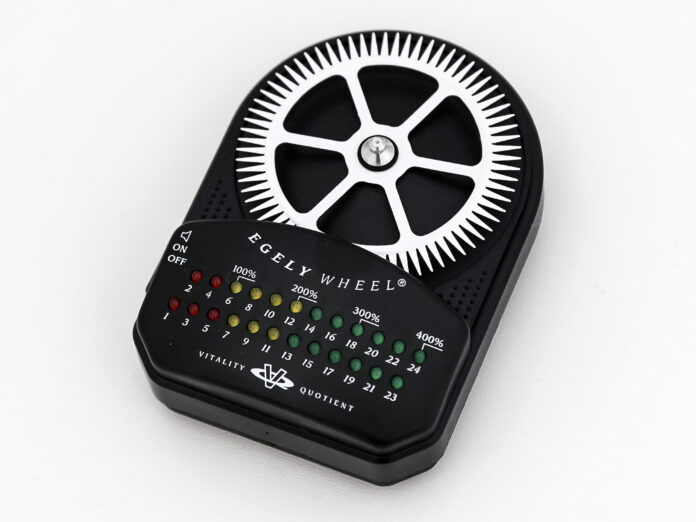 In Chinese, it’s called ch’i (or qi). In Japanese, it’s ki. Variously translated using terms like “vital force” and “internal energy,” it is the name for a type of invisible power that purportedly circulates through the human body. It can be stimulated through acupuncture or ch’i kung (qigong) exercises, blocked by bad posture, enhanced with a proper diet, and depleted by stress, illness, and negative emotions. You can’t see it, nor is it visible indirectly to the tools of modern medical science, but many people consider it every bit as real as air or blood.

I’ve been aware of this concept for many years, and it’s mentioned at least a few times in every t’ai chi class I take. Although my teacher may talk about ch’i as though it’s tangible, I’ve long thought of it as a metaphorical way of discussing a bundle of abstract concepts—a useful fiction, in other words, just like “spirit” or “love” or “peace.” No one claims to be able to locate someone’s spirit physically within the body, but it’s nevertheless a handy word for talking about certain notions that are not quite covered by more mundane terms such as “brain” or even “mind.”

Imagine my surprise and bewilderment, then, when at a t’ai chi retreat some years ago, the instructor pulled out a small, strange-looking plastic box with blinking LEDs and told us, matter-of-factly, that it was a device that measures ch’i. On the top of the box was a gearlike wheel, giving the device the overall look of a miniature, high-tech phonograph. Supposedly, when you bring your hand near the device, this wheel spins faster or slower depending on the amount of ch’i you have. It’s called an Egely Wheel, and for a mere US$189, you too can have your very own.

During a break, I tried the machine out myself. I tried holding each of my hands in turn near the device, but the wheel did not spin. I tried concentrating, mentally directing energy at the device…still nothing. Then I tried relaxing and casually intending the wheel to move. Again, nothing. Various other people tried it too—sometimes the wheel moved, sometimes it didn’t, even for the same person. But no one appeared to be able to spin the wheel very fast, regardless of their apparent proficiency in t’ai chi. One explanation, of course, is that our ch’i wasn’t very strong. The more tempting explanation is that the device doesn’t actually measure anything.

The Egely wheel is the brainchild of Hungarian scientist Dr. George Egely. According to Egely, he discovered that small objects (such as a small strip of foil) floating in a bowl of water rotated when someone’s hand was held nearby. He initially attributed this effect to heat radiated from the bodies or small air currents generated by breathing, but found that even when shielded from heat or wind, the floating strip exhibited the same effect. His conclusion was that some other, previously unmeasurable energy was causing the motion—namely, ch’i. Egely realized that because the effect was so subtle, it could only be shown by something with extremely low friction, so he developed what he calls a Vitality Meter based on a very lightweight wheel with a specially designed low-friction pivot. As for the electronics, those are used to provide a visual and/or audio indication of the wheel’s speed; if you actually look inside the case you’ll see that there’s no motor—in fact nothing connecting physically to the wheel at all. (Indeed, there’s a non-electronic version of the same device with just the wheel, called a Vitality Indicator, for a mere $49.)

Now, supposing for the moment that this principle really does represent a display of ch’i, it’s not at all apparent to me how a $189 (or $49) gadget is better than a strip of foil floating in a bowl of water. Money aside, though, I can’t say I’m convinced that such motion—to the extent that it does occur with subjects who are obviously more talented than I am—isn’t caused by something quite simple. If not heat or air currents, my guess is that the wheel is responding to vibration. Because it has such low friction, even a tiny amount of vibration (from someone walking nearby, say), could conceivably cause it to move. Any number of devices, from self-winding watches to perpetual-motion machine wannabes, are simply clever machines that convert lateral or vertical vibration into rotation. Quite plausibly, even a vibration too weak to be felt by a person could produce motion in a wheel; nothing mysterious there.

When you get right down to it, I can no more prove that ch’i isn’t moving the wheel than that there’s no such thing as a unicorn. But I really don’t buy it. (And I’m not the only one to regard this claim with some suspicion.) Even if ch’i truly does exist in a non-metaphorical form, I have no particular reason to expect it would cause an object nearby to rotate. On the other hand, if I needed some way of assessing my mental or physical health other than introspection, there are any number of gadgets I could buy for that same $189 that would tell me things I find genuinely useful, such as my body temperature, blood pressure, skin resistance, or brainwave activity. And saving money definitely enhances my ch’i.

Note: This is an updated version of an article that originally appeared on Interesting Thing of the Day on October 8, 2004.