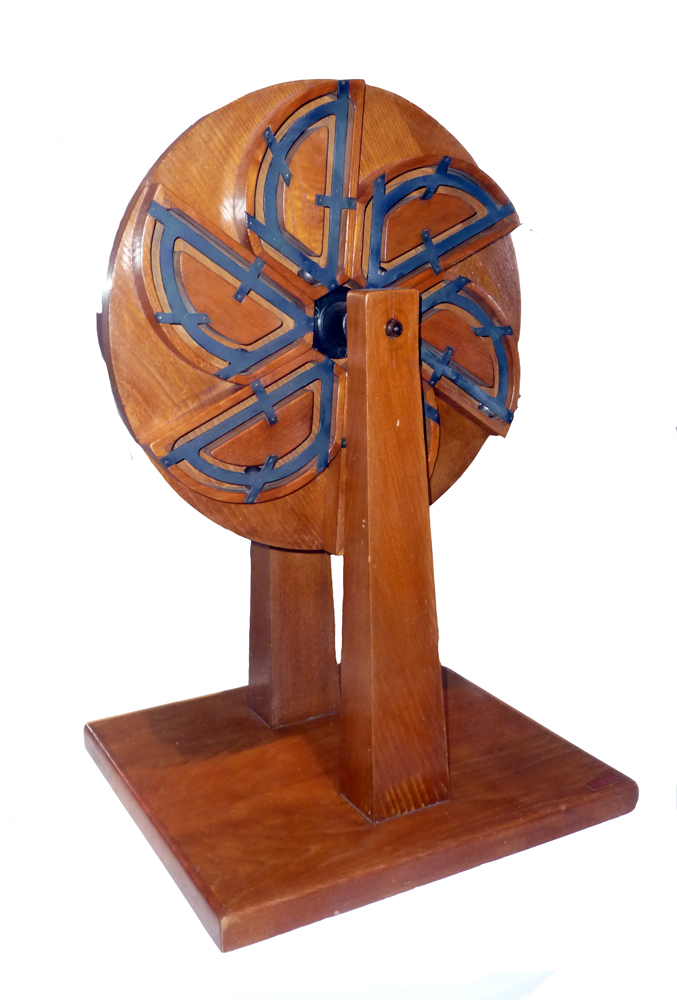 I distinctly remember learning the laws of thermodynamics in a science class—it must have been around eighth grade. After explaining these laws, the teacher added, “…and that is why perpetual motion machines are impossible.” So this fact has been firmly implanted in my brain for a long, long time.

What I did not realize back then is that over the centuries, hundreds—if not thousands—of hopeful inventors have dedicated their lives to disproving these laws by building machines they believed would run indefinitely with no input of energy. Patent offices around the world became so inundated with designs for alleged perpetual motion machines that they now routinely dismiss such submissions without so much as a glance. But although every such design ever attempted has failed, the pace of research to find that subtle trick that results in perpetual motion has, if anything, accelerated. While doing some research on another topic, I stumbled upon a website listing a large number of perpetual motion machine projects. And sadly, many of these were not merely futile but fraudulent, as their developers attempted to convince investors to fork over large sums of money to pay for something that is just not possible.

That said, the books, articles, and websites created to debunk claims of perpetual motion technology are equally numerous—and equally passionate, if not more so. As obsessed as true believers may be in proving their claims, the skeptics are just as obsessed with disproving them, and greater enthusiasm from one camp is met with renewed fervor from the other. Whether this self-reinforcing feedback loop itself constitutes perpetual motion is a question better left for philosophers.

The term perpetual motion is perhaps a bit misleading, since technically, nothing about the laws of thermodynamics prohibits something from moving forever. Arguably, the motion of planets in space and electrons in atoms is, in some sense, perpetual. But the point of building a perpetual motion machine is typically not just to get something to stay in motion, but to do work of some sort—propel a vehicle, power a mill, heat your coffee, or run your computer. Any output of energy (whether in the form of heat, electricity, motion, or whatever) that goes beyond the input minus what the machine itself uses is what conflicts with the laws of thermodynamics. Nowadays, designers are concerned less with producing motion than with producing excess energy in the form of electricity or heat, so terms such as “free energy” and “over-unity” are often applied to devices, moving or not, whose energy output ostensibly exceeds their input.

Laying Down the Law

For those of you who haven’t been in eighth grade recently, here’s a quick review of the laws of thermodynamics. The First Law of Thermodynamics, also known as the Law of Conservation of Energy, states that energy can be neither created nor destroyed. Thus, the total energy within a system is a constant; although a system can turn one form of energy into another (say, electricity into motion), the net output can never be greater than the net input. The Second Law of Thermodynamics, also known as the Law of Entropy, states that heat cannot be turned into other forms of energy with 100% efficiency. Or, to put it more generally, in any system involving the conversion of energy (per the First Law), some amount of energy will be dissipated into the environment in the form of heat. (There’s also a third law and a zeroth law—no kidding—but those are not usually applicable to perpetual motion machines.)

A machine could achieve perpetual motion only by violating one or both of the first two laws of thermodynamics. For example, if there were some sort of motor that spun on its own forever, that would be a violation of the first law, because it would produce energy output without energy input. And if there were a device that converted electricity into motion, and then used that motion to drive a generator producing more electricity (to keep the cycle going indefinitely), that would violate the second law, which predicts that eventually the loss of energy due to inefficiency would cause the machine to stop.

So the question most perpetual-motion and free-energy enthusiasts start with is, “Who says I can’t break those laws, anyway?” Surely, the inventor says, there must be some way to exploit gravity, magnetism, or other natural forces in such a way as to produce a machine that will run forever. And the attempts over the years to do so have been nothing if not creative. Some devices are purely mechanical; others depend on water, gases, or chemical reactions; still others have no visible moving parts, operating at a molecular or even quantum level. And yet, each design that has actually been built—large or small, simple or complex—has eventually stopped producing energy (if in fact it ever worked at all), just as the laws of thermodynamics said would happen.

Of course, there is a nagging problem. The standard scientific definition of a perpetual motion machine is “a machine that violates one or more laws of thermodynamics.” But this sounds suspiciously like an attempt to define such machines out of existence—it allows skeptics to say, “Whatever it is you’ve designed, it can’t be a perpetual motion machine because we define such machines as ones that can’t possibly exist.” It’s rather like saying, “I define a flying saucer as an imaginary spacecraft. Therefore, whatever you saw in the sky, it could not by definition have been a flying saucer.” However well justified scientific skepticism may be, this is a rhetorically unfair tactic. And it has only spurred free-energy proponents to work harder to prove they’re right.

So Near, and Yet So Far

In a typical scenario, an inventor has an idea for a novel design. When the machine is actually constructed, it seems to work for a while but then stops, prompting the inventor to conclude that with further refinement, it would keep going. Or a device appears to produce excess energy, until it is discovered that the measurement technique was flawed, and that energy from another source was in fact being applied to the system. Because it’s possible to make extremely efficient machines that run for a very long time with just a small initial injection of power, it’s tempting to believe that a truly perpetual solution is just around the corner. The only problem is, the distance between “a very long time” and “forever” is infinite.

Despite the best efforts of scientists, engineers, and crackpots alike, the laws of thermodynamics have held their own and show no signs of being breakable. Several large cash prizes have been offered for anyone who can construct a working perpetual motion machine and prove its capabilities under rigorous test conditions. The prizes lie unclaimed so far. But for someone to offer such a prize is not merely a statement of confidence in the laws of science—it’s a dare. And I think that deep down, many skeptics hope someone eventually proves them wrong. Free energy is something we all wish we could believe in, like world peace—and entropy makes one as elusive as the other.

Note: This is an updated version of an article that originally appeared on Interesting Thing of the Day on September 24, 2004.