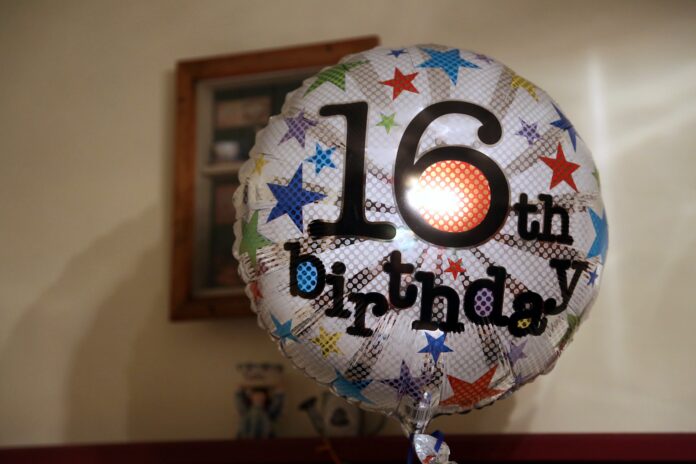 Image credit: Jim, the Photographer [CC BY 2.0], via Flickr

Wow, it seems like a mere 12 months ago that I was writing about our 15th birthday! Websites, like kids, grow up so fast!

Although this site has indeed been around since April 1, 2003 (and no, it wasn’t/isn’t an April Fools’ joke—that just happened to be a convenient date), it spent much of that time in a zombie-like state of ambiguous not-quite-deadness. Last year, I finally managed to resurrect it for real, and for each of the past 365 days we’ve had freshly updated content. Yay! So I thought I’d take a moment to bring our readers up to speed about a few things.

A Year (or So) of Progress

First, let me say thank you for reading! Some people stumble on one of our articles during a web search, while others subscribe via email or RSS, or follow us on Twitter, and a few just like coming back to the site every day. However you got here, we’re glad to have you! We hope we’re able to provide a few minutes of enjoyable infotainment every day.

This past year has turned out a bit differently than I was imagining. Careful readers will have noticed that most of the articles we’ve published have been updated versions of our “classic” articles from 2003–2007. I was expecting to dole those out more slowly, but for a variety of reasons it seemed wiser to get rid of stale content—outdated information, broken links (oh, so many broken links!), and text that offends our older-and-wiser sensibilities. We repurposed some old SenseList content, too. We also retired quite a few articles that just needed to die—either they simply weren’t interesting anymore, or they were about things that no longer exist, or they would have required a complete rewrite to be publishable.

Within a couple of months, all the remaining classic articles (and the SenseList stuff we want to keep) will have been either updated or sent to live on a farm in the country. Then we’ll turn our attention fully to brand new content, though as I mentioned last year, our new-from-scratch articles will mostly be much shorter, because there are only so many hours in the day.

I’ve received a lot of email since last year asking what happened to the audio recordings we used to have. Previously, every article included a recording of yours truly reading it (and doing my best not to butcher all the words in French, German, Chinese, Norwegian, and so on). It turned out that these recordings were especially popular among English learners, because they could listen to the audio and follow along with the perfectly matched text, thus picking up clues about colloquial English writing and pronunciation at the same time. But the audio disappeared with the site redesign, and that made a lot of people unhappy.

I’m sorry about that. I wish I could have kept the recordings, but it was impossible. The whole idea (and, indeed, the thing that made them attractive to English learners) was that the audio matched the text. But now all the text either has changed or is about to change, so in order for the audio recordings to match once again, I’d have to re-record (and edit) all of them, something that is incompatible with my already much-too-full schedule. As a matter of fact, knowing that would have to happen was one of the main things that kept me from redoing the site for so long—I couldn’t figure out when I’d ever have the time to deal with all that audio, and I wasn’t willing to break the connection between the audio and the text, or leave embarrassingly outdated info in the recordings. So I got stuck. It was only by deciding to ditch the audio that I was able to bring the site back at all, and though I’m sad to have left the audio in the past, I’m glad the site is once again viable.

That said, I have been thinking about compiling chunks of articles from this site into an actual book (well, I mean, there’s enough content for several books), and if I did that, I would certainly consider offering an audiobook version as well. I’m not sure I’ll have time to do that, but having plenty of updated content certainly would make that job easier, and that’s another of the reasons I decided to focus on refreshing old content before adding new. So, we’ll see. In theory, I’d also like to do a podcast, but again, it’s a question of time.

Last April we started listing (mostly informal) “holidays” on the site, like National Donut Day and World Sleep Day. I thought it would be fun, and it was, but very few people bothered to read about them, so I don’t feel as though that time was well spent. As of today, the faux holidays are gone, and in their place we have a new Book of the Week feature, which more often than not will be a Take Control title, in that running the company that publishes those books is my actual day job! Because I’m such a nice guy, I’m offering readers of Interesting Thing of the Day a 30% discount on all our Take Control ebooks. They’re all designed to help ordinary, nontechnical people overcome problems with technology, and I hope you find them helpful!

There are several other things on my to do list for Interesting Thing of the Day, too—including new types of content that I think will be both fun and useful, and at the risk of repeating myself, the only barrier to implementing them is the number of hours in the day. Since I don’t know for sure which of these things will happen or when, I shan’t promise anything, but the more interest people show in the site, the more likely I am to squeeze in some extra hours working on it.

One thing you have not seen here in the past year, and still don’t, is ads. Because, frankly, I just hate ads. I run ad blockers on all my devices, and if you don’t, you should! Ads are, in some respect, a necessary evil, but lately I’ve felt they’re more evil than necessary. So there aren’t any on this site, and it simply isn’t part of my plan to use ads to support our content. I mean, unless you consider articles and blurbs about other books we publish to be ads, in which case Oh Yes You Will See More of Those. But those are just us telling you about our own stuff. We don’t let third parties display any content on our site, and we don’t do any surreptitious tracking or other privacy-violating stuff, because ewwwww. So if you like reading good material with no ads and want to support us, you know, buy some books! We’d really appreciate that.