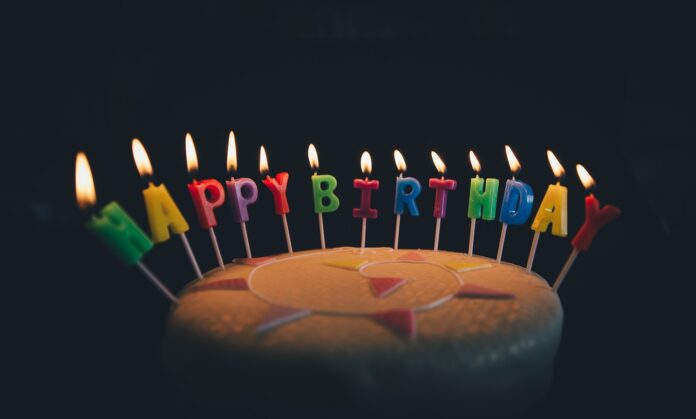 Interesting Thing of the Day came to life 15 years ago. Today, we celebrate that anniversary with a huge makeover—in fact (as befitting the day), it’s more of a resurrection. After 10 full years of hiatus, during which the site did nothing but republish old articles, we’re bringing ITotD back in a new form, and with brand new content. Whether you’re a long-time fan of the site or a newcomer, we’d like you to know what’s going on.

tl;dr: The site’s name is (once again) pretty literal: every day you’ll read about one or more interesting things (where we, the site’s creators, decide what counts as “interesting” or a “thing”). We throw in some other stuff, too, like daily observances (you really need to know when National Donut Day is, right?) and Signal Boost posts about people, projects, and causes we think are worth your attention. Plus we do all this with no outside ads and no paywall, because we hate that stuff as much as you do. And yes, although the site has undergone a complete renovation, it’s still run by the same people who created it 15 years ago—that’s me, Joe Kissell, and my wife, Morgen Jahnke.

Got a few minutes? Here’s the longer version of the story.

On April 1, 2003, I launched a little website called Interesting Thing of the Day. The idea was simple: every day I’d write an article about something I’d encountered that I found interesting, and that I thought other people might also be interested in. That was it—I had no bigger plan or grander ambitions.

In those days (before WordPress was even a thing), I couldn’t find any software that did what I needed, so I built my own content management system from scratch. It wasn’t fancy, but it did the job, and I had fun learning about all the pieces involved in creating such a thing.

I published a new article every single day for more than seven months. Although my wife and a couple of friends wrote a handful of those articles, I wrote the vast majority of them. Those early articles were fairly long, too. The research, writing, and editing took anywhere from a couple of hours to most of a day. Every day.

One thing I hadn’t really thought through at the beginning was whether or how this site was going to make any money. I threw in some Amazon affiliate links and a tip jar, and I vaguely imagined that somehow the income from those things would be enough to make it feel worthwhile. Eventually I learned about Google AdSense and put some ads on the site too. But after several months and hundreds of hours of work, I had almost nothing to show for it, and I was already feeling burned out. People told me they enjoyed reading the articles, but I was unable to pay for my groceries with compliments.

Meanwhile, I got involved writing books for a new publishing venture called Take Control Books. Those books were selling like mad, and soon I was making a good living from them. That, in turn, led to other paid writing gigs, most notably for Macworld. Before long I found that my tech writing jobs took up nearly all my time. Meanwhile, Interesting Thing of the Day was producing almost no income but increasing my stress level every day. So by the end of 2003, I decided to take a break and just run recycled articles for a while.

A few months passed, and I wanted to try again. On the site’s first anniversary, I promised that starting June 1, 2004, there’d be an article every single day for a solid year. But I made some new rules for myself to help preserve my sanity. The articles would be a bit shorter, and a little more than half of them would be old articles that I just updated. I also began offering free email subscriptions. And I created paid memberships—for a modest annual fee, subscribers got, among other things, audio recordings of each article.

That arrangement worked better, but it was still unsustainable—the ratio of time to money just didn’t work out. So after my promised year of articles, I put the site in maintenance mode again, letting it run recycled articles for the next year.

In May 2006, I decided to give it one more shot. I redesigned the whole site, had a new logo created, and established a new weekday-only schedule (which, once again, would include a certain percentage of old-but-updated articles). That incarnation of the site fared much better financially, where by “much better” I mean it could (at its peak) pay the rent. We had a lot of regular readers too: for a while, there were more than 100,000 people accessing the site through RSS, mostly using Google Reader (remember that?). I started imagining that I could make Interesting Thing of the Day my full-time job.

Unfortunately, I could never quite get there. My “day job” of freelance tech writing continued to both keep me busy and pay the bills. Morgen and I moved to Paris (where we’d live for five and a half years), and given the demands of our lives, the rate of articles slowed to a trickle. The last new article before today was published on March 19, 2008, although I did pop in just once to comment on the site’s 10th anniversary.

In the intervening decade, I’ve thought many times about bringing back Interesting Thing of the Day in some form. I’ve devised more than a few elaborate plans to do so. Each time, I’d get really excited about it, but then realize it’s Just Too Much. It’d go on the back burner, and a year or two later I’d come up with a different plan. Lather, rinse, repeat. The problem was always the same: too much time, too little money. I’ve got kids and a mortgage, and I run an honest-to-goodness publishing company—I ended up buying Take Control Books from its founders. I can’t spend hours every day indulging in a hobby.

And yet…here we are! We have yet another logo and a brand-new, mobile-friendly site with the features people expect in 2018. And, after 10 years, we actually have new articles! We also have something most people don’t expect: the absence of outside ads, trackers, paywalls, pop-up thingies pestering you to subscribe to newsletters, and other irritating nonsense. (By the way, if you’re not already using an ad blocker, please start now. It won’t interfere with this site in any way, and it will make your whole experience of using the web so much better!)

So, how and why is this happening?

Remember that publishing company I now run? We’ve got lots of great books (many of them written by me, in fact) that explain tech topics to ordinary, nontechnical readers. What we’d really like is to have more readers. But finding new customers is a challenge. Online advertising is expensive and, in our experience, not very effective. If only we had some platform where we could reach a broad, general audience and let them know about our stuff without paying a fortune!

So that’s what the reconstituted Interesting Thing of the Day is going to be. We’re going to tell you about interesting things, and from time to time—not too often!—those things will be our books. We’ll have occasional posts relating specifically to one book or another; and where it makes sense, other articles will also contain little blocks pointing you to appropriate books from our catalog. These pointers are sort of ads, but they’re ads for our own products. They don’t use tracking cookies or any of that other nonsense, because we care about your online privacy (see what I did there?). And sure, we’ll have occasional affilate links too. But basically, we’ve figured out that Interesting Thing of the Day doesn’t have to be financially self-sustaining anymore. On the contrary, we’re essentially treating it as a marketing expense for Take Control Books.

In other words: you get to learn about interesting things for free and without annoying clutter. We get to tell more people about our books, which (of course) we hope you’ll buy. We have other cool stuff planned for the future, too! You’ll dig it. Stay tuned.

Some aspects of the old Interesting Thing of the Day aren’t part of the new site. For one thing, the audio recordings of the articles are no more. I wish I could keep doing them, especially because a lot of people have told me they use them to help learn English, but I don’t have the time. (One day we might consider doing a podcast, but no promises yet.) In addition, most of the new articles will be much shorter—often, just two or three paragraphs. Periodically (mostly on weekends) we’ll run updated versions of some of the most popular “classic” ITotD articles, and there may be other longer pieces now and then, but again, we have to be realistic about time constraints.

Anyway, here we go. I’m delighted to be back, after all these years. Will this finally be the version of Interesting Thing of the Day that builds up enough momentum to keep spinning indefinitely? I sure hope so. I’m glad you’re here with us. (And tell your friends!)