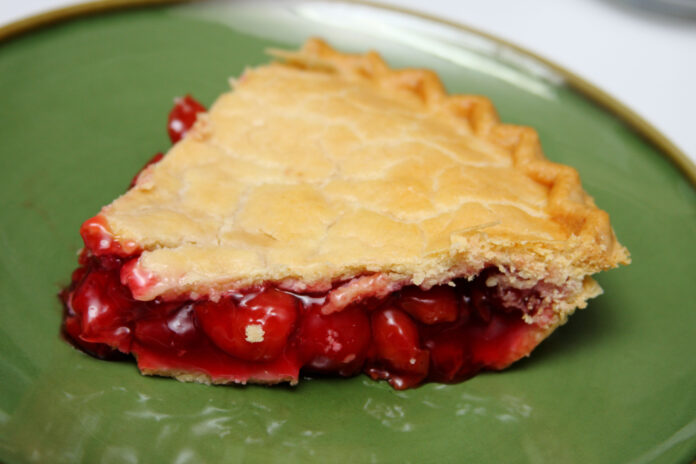 I’ll gladly consume almost any type of pie (well, not key lime), but I have a special fondness for cherry pie, that quintessentially American dessert with a delightful mix of sweet and tart flavors. I don’t think I fully realized the superiority of cherry pie until I watched Twin Peaks, after which it seemed obvious. (I have, by the way, met Pat Cokewell, the woman who baked the amazing cherry pie that inspired David Lynch to make it a Thing in Twin Peaks—and I’ve tried her pie too. He wasn’t wrong about that.) It’s National Cherry Pie Day today, and I should probably get myself a nice large pie—big enough that there will still be leftovers on February 24, which will be Twin Peaks Day. Hmmmm. I don’t know if they make pies that big.