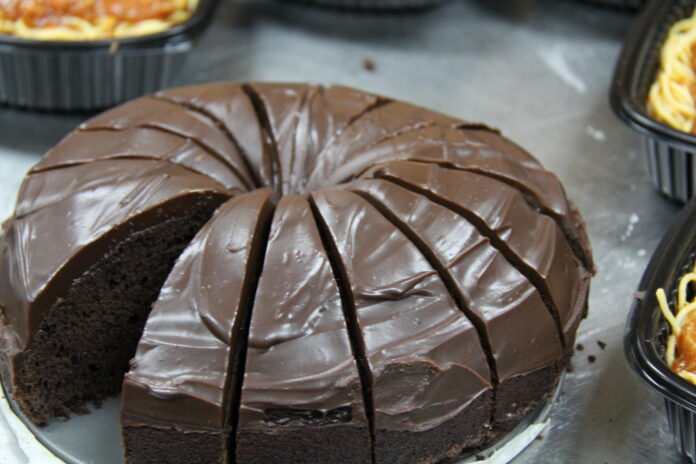 Of the many trivially traumatic food-related experiences I remember from my childhood, there’s one in which I was served something billed as a “devil’s food cake” (which I had always understood to mean chocolate cake) that turned out to be red, and whatever associations the color red may have with the devil, I knew that red was not the color of chocolate and therefore not what I wanted to be eating. Tears likely occurred. (This pales in comparison to my key lime pie story—about which, the less said, the better.) But ever since then, I’ve been vaguely suspicious of the term “devil’s food.” Chocolate cake is very near the top of my list of favorite desserts, but I expect my chocolate cake to be called chocolate cake and to look like chocolate cake.

With that decades-long bias in place, I performed my obligatory web searches to find out exactly what it is we’re supposed to be celebrating (or eating, if there’s a difference) on National Devil’s Food Cake Day. And perhaps I’m the last person on Earth to realize this, but I discovered that “devil’s food” refers to a particular type of chocolate cake that’s darker in color but lighter in texture than conventional chocolate cakes (and, apparently, moister too, sometimes due to the addition of coffee). I also learned that the name comes not from an association with the color red, but rather as a contrast to angel food cake, which is (of course) white. Well, OK then. Let’s go make some.

However, I was also not dreaming about the red cake. It appears that in some periods and some parts of the United States, the term “devil’s food cake” was indeed used as a synonym for what most people now call red velvet cake. That cake, despite its non-brown color, does in fact contain chocolate, and although modern recipes achieve the red hue using food coloring, the color originally came from the type of cocoa powder commonly in use at that time. I guess that makes me feel better about it, but all the same, I’ll take my devil’s food cake the way I take my coffee—black.