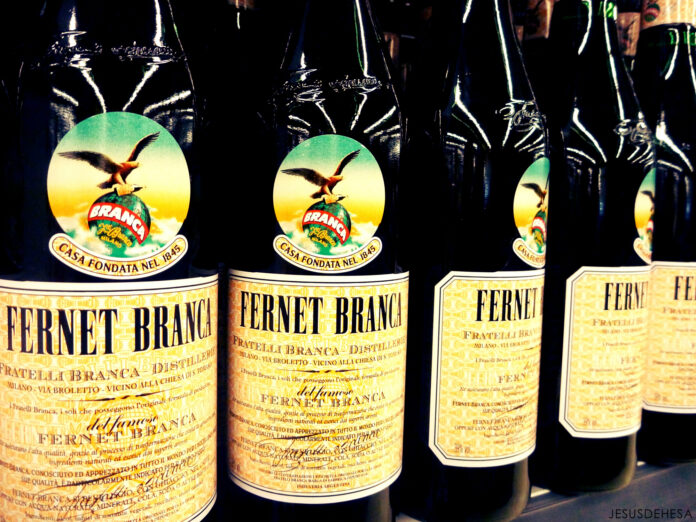 While some companies are completely transparent about the ingredients in their products, hoping to snag customers looking for the healthiest option, in some cases the secret of a product’s makeup is not only closely guarded, but promoted as a key part of its allure. Mysteries can be a great advertising gimmick.

The proprietors of Antoine’s restaurant in New Orleans were clearly operating from this idea when they created their famous recipe for Oysters Rockefeller; although it has been widely speculated upon, this recipe has remained a secret since it was first developed in 1899. Having sampled Oysters Rockefeller at Antoine’s, I would say that I greatly enjoyed their taste, but I got more enjoyment out of trying to guess the elements of the recipe.

This same type of marketing is at work in the promotion of Dr Pepper soda. The only information given by the manufacturer is that it contains 23 flavors; it’s up to customers to draw their own conclusions about what those flavors are. Ditto for Coca Cola’s secret recipe and the “11 herbs and spices” in Kentucky Fried Chicken. In a similar vein, the makers of one of Italy’s best-known liqueurs, Fernet-Branca, prefer to keep the composition of their product top secret, but rumors about what it may contain are certainly tantalizing.

Fernet-Branca is a type of bitters, a spirit made from different herbs, plants, and roots that supposedly aids digestion and stimulates the appetite. Other types of bitters include Campari, Angostura bitters, and orange bitters. While the complete list of 40 herbs and spices that go into Fernet-Branca has never been made public, some of its ingredients are common knowledge, and include myrrh, chamomile, cardamom, aloe, and saffron, as well as its base component of grape alcohol.

Saffron in particular seems to be an important ingredient; this rare spice, harvested from the saffron crocus flower, is the world’s most expensive spice by weight. According to an article about Fernet-Branca that appeared in a San Francisco newspaper, the company that produces Fernet-Branca, Fratelli Branca, is the largest consumer of saffron in the world, claiming 75% of worldwide output.

As far as the other ingredients are concerned, there is wide speculation about what these may be. A few of the rumored mystery elements include: rhubarb, cinchona bark from South America (known for its anti-malarial properties), gentian root (a powerful medicinal herb), wormwood (used in absinthe), bay leaves, sage, peppermint oil, and the ginger-like spices galanga and zedoary.

With all these medicinal ingredients, it is not surprising that Fernet-Branca was first developed as a health elixir. The creator of the formula, Bernardino Branca, was a self-taught apothecary in Milan, who first offered Fernet-Branca to the public in 1845. Marketing his product as a tonic to cure many kinds of illness, Branca even persuaded the director of a local hospital of its curative benefits.

Even today, Fernet-Branca is known for its ability to calm upset stomachs and soothe hangover misery. If earlier marketing pitches for the spirit are to be believed, it can also cure cholera and ease menstrual cramp pain. The health-enhancing nature of Fernet-Branca proved handy during Prohibition in the United States. Since it was considered a medicinal product, pharmacies could import and sell Fernet-Branca without interference from the government.

Where Everybody Knows Its Name

Although Fernet-Branca is made by an Italian company, Italy is not the largest consumer of this liqueur. In fact, there are two other places in the world known for their prodigious consumption of the bitter quaff. These two places are San Francisco, California, and the country of Argentina.

San Francisco is the biggest consumer of Fernet-Branca in the United States, and has the highest per capita consumption of it in the world. Its popularity in the city may be partially attributed to San Francisco’s large Italian-American community, centered around the commercial district of North Beach. Whatever the reason, San Franciscans drink Fernet-Branca in large quantities, usually followed by a chaser of ginger ale.

Argentina also has a large Italian population and a similar thirst for Fernet-Branca. There is even a popular song that celebrates the joys of “Fernet Con Coca,” or Fernet mixed with cola, the usual way it is prepared in Argentina. In fact, the only other distillery of Fernet-Branca located outside Milan is in Argentina.

Above and beyond its regional popularity, Fernet-Branca has made a mark on pop culture as well. When mention of Fernet-Branca comes up, fans of Christopher Nolan’s film The Dark Knight Rises will no doubt be put in mind of Alfred’s memorable references to the drink in the film. On the literary side, James Hamilton-Paterson’s novel Cooking with Fernet Branca, a humorous look at life in Tuscany, was long- listed for the prestigious Booker Prize.

A Matter of Taste

After living in San Francisco for quite some time and feeling ashamed that I had never enjoyed this quintessential San Francisco experience, years ago I tried my first shot of Fernet-Branca. Unsure of what to expect, and slightly put off by the strong pine scent I registered, I closed my eyes and gulped it down.

The intense menthol-like sensation caused me to cough, and I didn’t enjoy the bitter aftertaste the drink created, but soon after finishing it, I began to feel a bit better. I can’t say whether or not I gained any health benefits from drinking the Fernet-Branca, but the next time I experience an upset stomach I will have to try another shot of it, for purely medicinal purposes of course.

Note: This is an updated version of an article that originally appeared on Interesting Thing of the Day on October 16, 2006.