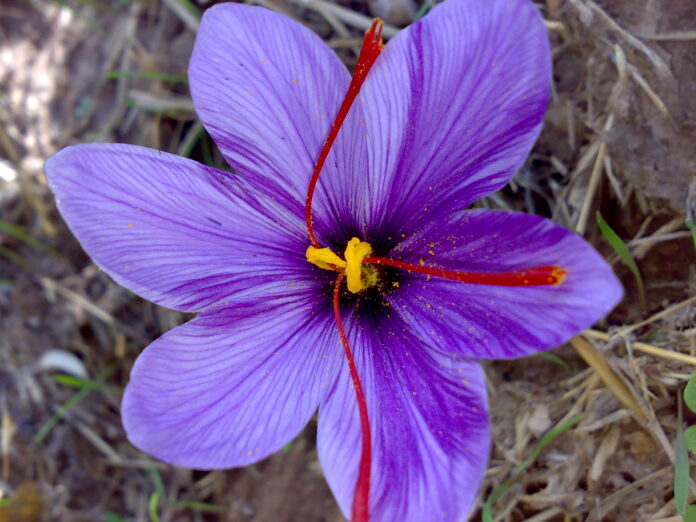 Before Morgen and I visited France the first time, we did our homework—reading up on lots of French dishes, particularly regional specialties. The list of things we had to try included authentic bouillabaisse, an elaborate fish stew seasoned with saffron. Unfortunately, what constitutes “authentic” is a matter of strenuous debate among French chefs; there are many, many different recipes. But since the dish was invented in Marseille, a large Mediterranean port city, we decided we’d define “authentic” as “whatever they served us in Marseille.”

Based on what I’d read, I didn’t have much interest in Marseille apart from its food, and our schedule was tight. Our itinerary called for us to take an overnight train there from Paris and then pick up a rental car so that we could tool around Provence for a while. We’d have, at most, a few hours in the city, during which time we had just one task to accomplish. Our plan was to get in, get some bouillabaisse, and get out. After we got our car, we drove to the old part of the city where we’d heard we could find some great restaurants. Since it was still before lunchtime and they weren’t open yet, we walked around for about an hour, studying menus and building up an appetite. In the end, we couldn’t figure out which restaurant was the most authentic-looking, so we picked one at random. The waitress offered us menus, but we didn’t need them—we were on a mission. We dutifully ordered bouillabaisse for two, which turned out to be about five times as much as we could eat. But it was unbelievably good—a truly profound experience that made our visit to the city more than worthwhile. Ever since then, the smell of saffron has taken me back to that restaurant in Marseille.

Besides bouillabaisse, some of the other dishes famously flavored with saffron include paella (from Spain) and risotto alla milanese (from Italy). I’ve even had saffron-flavored ice cream at an Indian ice cream shop in San Francisco. It was delicious. Saffron is obscenely expensive, but unlike many expensive foods, it has a unique and wondrous flavor that makes it worth every penny.

The expense is a result of the manual labor required to harvest and prepare it. Saffron comes from the saffron crocus, Crocus sativus. Each purple flower has three threadlike orangish-red stigmas, which form part of the plant’s reproductive apparatus. When these are removed by hand and then dried, they become saffron. The stigmas are very, very small, and it takes several hundred to make up a gram of saffron. Depending on their size, it can take as many as 200,000 flowers to make a pound of saffron. Only about 30 tons are produced per year worldwide.

Saffron’s distinctive color has led to its use as a dye; Buddhist monks traditionally wear saffron-colored robes. (It’s also very effective at imparting a yellow or orange color to foods.) Interestingly, though, the chemical compounds that provide the color are not the same ones that provide the aroma and flavor. Saffron has numerous medicinal properties; it’s particularly known as a natural antidepressant. It reportedly has antispasmodic properties, functions as a digestive aid, and reduces intestinal gas—among many other attributes. It can be dangerous if ingested in large quantities, but fortunately, few people can afford to buy enough saffron to make them sick.

Saffron currently costs about one-fifth as much as gold by weight. (When the first version of this article was published in 2005, saffron cost two-thirds as much as gold—the price of saffron hasn’t gone up much since then, but the price of gold has.) That makes saffron the most expensive food product in the world, gram for gram—more expensive than truffles or caviar. And even though you can buy dishes that include flakes of gold leaf, the overall price of the food will still be less than a comparable mass of saffron. OK, I’m sure someone could find some really cheap saffron or outrageously rare caviar and disprove this claim; there are also a few insanely expensive old bottles of wine out there that can cost US$1,000 per swallow. But let’s just say it’s the most expensive food product I’ll ever have in my kitchen.

Fortunately, a little bit goes a long way. A gram of saffron, which you can buy in a little bottle for less than $10, will amount to about a teaspoonful when crumbled—enough to flavor a very large batch of bouillabaisse. The aroma will also permeate your entire house and linger for some time; assuming you like the aroma, that gives it some bonus value as an air freshener. All in all, it’s money well spent for the spice that’s as good as gold.

Note: This is an updated version of an article that originally appeared on Interesting Thing of the Day on May 29, 2005.