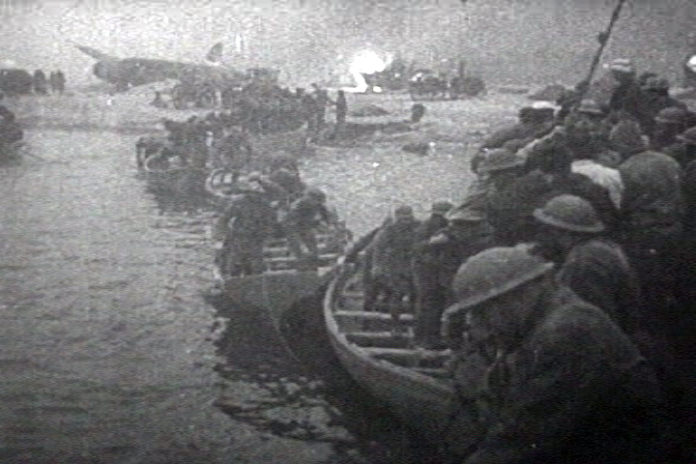 Stories of war—whether modern or historical—are not usually of much interest to me. I don’t like to dwell on tragedy, and war is always tragic, for every side, regardless of the motivations or outcome. Occasionally, however, in the midst of tragedy is a story of hope that is worth retelling. I told such a story here back in 2005, back when the Battle of Dunkirk (which has always been well known in Britain and France), was little known in North America. Then Christopher Nolan had to go and make an Oscar-winning movie about it. So the story is much better known now in outside Europe, but no less interesting, unique, or inspiring.

The year was 1940, and World War II was raging. Hitler’s army had overtaken Belgium and advanced into France. Britain sent over 300,000 troops to assist the French army, but in spite of those sizable numbers, the German force was winning, due to their superior armaments, training, and organization. By late May, German troops had the bulk of the allied forces surrounded, trapped in Dunkirk (Dunkerque in French), in the northernmost corner of France across the English Channel from Dover. To the east was occupied Belgium; to the south and west, the advancing German army; to the north, the sea.

Britain had already suffered severe casualties in France, and they knew this battle could not be won. Retreat was the only option, but all escape routes had been blocked. Vice Admiral Bertram Ramsay, headquartered in the reinforced tunnels beneath Dover Castle, was put in charge of evacuating the troops. The rescue plan was code-named Operation Dynamo.

Unfortunately, there were several major problems. Time was quickly running out for the cornered British troops. Ramsay believed he had a week at most to rescue the soldiers, who were packed onto the beaches and being shelled mercilessly. An exodus by sea was the only possibility, but German planes had sunk so many ships in Dunkirk harbor that it was nearly impossible to navigate, and U-boats posed a constant threat. Farther to the west, where the beaches were, the water was so shallow that British destroyers and transport ships could not get any closer than about a mile (1.6km). As if that weren’t enough, Britain had far too few vessels available to transport the hundreds of thousands of soldiers trapped on the beach, even under the best conditions.

Ramsay was deliberate and methodical in his preparations. He arranged transportation, food, and medical care for the troops that would soon be arriving in Dover. He sought out every available ship, and established a complex and efficient communications network. Logistics in place, Operation Dynamo was put into motion on May 26. But after the first day, the outlook was grim. Fewer than 8,000 troops had been rescued, and the most optimistic estimate was that a total of 45,000 might escape before Germany overtook the beaches—at the rate the operation was progressing, it would take 40 days to rescue all the remaining troops. Ramsay faced the possibility that the core of the British army would be wiped out. At that time, conventional wisdom held that Britain would inevitably be invaded as soon as France fell, and with so much of its army gone, Britain’s defenses would be in ruins.

The Bathtub Navy Saves the Day

In desperation, Ramsay put out a public call for help: everyone with a boat—any kind of boat—was asked to help rescue the troops. The response was instantaneous and overwhelming. A makeshift flotilla of 850 “Little Ships”—yachts, lifeboats, fishing boats, and anything else that could float—rushed to the scene. Most of the boats were manned by British sailors, but in many cases the civilian owners themselves risked gunfire and mines to make the 22-mile (35km) crossing. When possible, the small craft were used just to ferry troops to the larger vessels offshore, but thousands of troops used them for transport all the way back to England. By the morning of May 29, officials estimated that 2,000 troops per hour were being evacuated. Nine days after Operation Dynamo began, a total of 338,226 people—including about 95,000 French troops—had been rescued.

Churchill called it a “miracle of deliverance,” and the “Dunkirk spirit” quickly became the stuff of legend. In retrospect, the eventual allied victory might well have been thwarted had Britain lost hundreds of thousands of troops at Dunkirk. Nevertheless, the massive rescue could hardly be considered a victory. There was more to the story than the heartwarming tale of heroism.

The Other Side of the Story

For one thing, the escape was not as clean as the media made it sound. While swarms of small boats were shuttling soldiers off the beach, more than four hundred Luftwaffe fighters attacked, dropping bombs and inflicting heavy casualties. Soldiers returning to England described the beaches as littered with dead bodies. In all, tens of thousands of people lost their lives at Dunkirk.

In addition, the highly publicized rescue obscured the fact that thousands of British troops were still trapped elsewhere in France. Two weeks later, the British ship Lancastria was returning from a rescue mission when it was sunk off the coast of Brittany. Half of the 6,000 passengers lost their lives, but nothing was mentioned in the press about the incident for weeks, lest it dampen the spirits that had been uplifted by the Dunkirk miracle.

Meanwhile, France felt deeply betrayed. The British troops had ostensibly come to their rescue, but then fled the German army. Without any hope left from across the Channel, France surrendered to Hitler within three weeks. Notwithstanding the many French soldiers rescued at Dunkirk, many in France resented what they regarded as British cowardice. It wasn’t until 1944 that Britain redeemed itself, when British and American forces collaborated in the D-Day operation, leading to France’s liberation.

In June of 2000, on the 60th anniversary of the Battle of Dunkirk, Britain commemorated the event with a massive celebration. A large number of small boats reenacted the Channel crossing to Dunkirk. Although there weren’t nearly as many boats as there had been in 1940, some of the original craft had been restored specifically so that they could make the journey again. While British television crews lined the Dunkirk shore to relay the landings to exuberant crowds back home, the French media—as might be expected—gave little coverage to the event.

About 800 British and French veterans who had been rescued at Dunkirk attended a massive parade past the town hall. Prince Charles gave a speech at the Dunkirk Memorial in both English and French, praising the courage of all those who had helped in the miraculous rescue. The remaining members of the Dunkirk veterans’ associations—many in their 80s and 90s—chose that occasion to officially disband their organizations.

Politics and media spin aside, the story of the Battle of Dunkirk inspires me for one simple reason: it shows ordinary people lifting the veil of war—the impersonal propaganda of numbers—and seeing each other as human beings. Fisherman didn’t row across the English channel to transport “troops”; they risked their lives to rescue people with names and faces. That the public could, however briefly, set aside their habit of detached reliance on the machinery of government and take personal responsibility for other lives—especially in a time of war—is to me an immensely hopeful sign. It’s a step toward understanding that the soldiers wearing different uniforms are human beings too.

Note: This is an updated version of an article that originally appeared on Interesting Thing of the Day on April 16, 2003, and again in a slightly revised form on January 21, 2005.