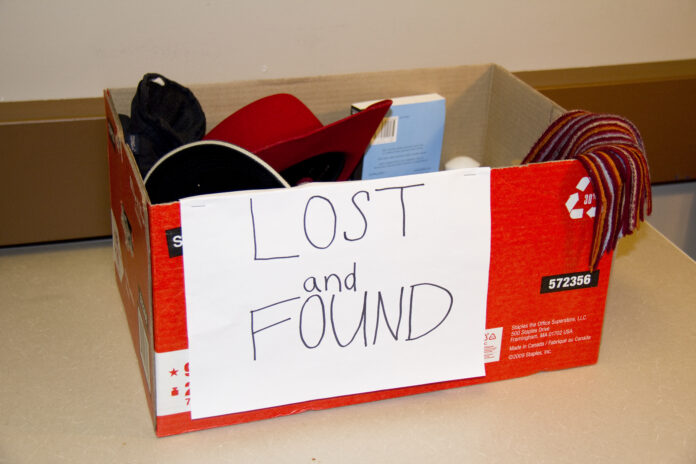 If you go to a coffee shop and leave your glasses, keys, or notebook on the table, chances are some honest citizen will turn the item in at the counter, and as long as you know where you left it, you can return later to claim it. Larger stores, stadiums, concert halls, theme parks and so on typically have central lost-and-found departments that serve the same purpose. But again, you must have at least a general idea of where an item was lost, and you can only hope that whoever found it didn’t decide just to keep it. (Lost-and-found departments are unlikely to have your lost camera, laptop, or wallet—at least not with the money still in it.) Wouldn’t it be nice if there were a general, all-purpose lost-and-found service that didn’t require you to know where your valuables went missing? And wouldn’t it be nice if there were an incentive for the finder to return your lost item rather than just pocketing it? These are precisely the ideas behind several online services.

The Carrot and the Sticker

In general, the programs require you to purchase tags, stickers, or labels of some kind and affix them to the things you want to keep track of. The person who finds your missing item can either call a toll-free number or visit a website and enter the ID number on the label. Depending on the service, the finder may then be informed of a reward for returning the item—and that may be one that you supply, or one that the service provides (paid for by your subscription fees). At this point, some services simply send you a message from the finder—allowing you to make your own arrangements for getting the item back. In other cases, the service arranges for anonymous return of the item (typically at your expense) and delivery of the reward to the finder.

Unfortunately, even the promise of a reward may not result in the return of items that have been stolen rather than simply misplaced. However, if stolen goods are later recovered by the police, the ID tags provide a way for them to get in touch with the rightful owner and arrange for return of the goods. When police confiscate stolen property and can’t determine who owns it, it is often sold at auction.

The idea for online lost-and-found services actually came from a very successful program called the National Bike Registry (NBR) that is endorsed by many police departments (and recently merged with another bike recovery service called 529 Garage. Like more general lost-and-found services, NBR provides you with a tamper-resistant ID label for your bike which includes a URL and a toll-free phone number. Since missing bikes are much more likely to have been stolen than lost, though, it is rare for anyone other than law enforcement officials to use the service.

Though not their main purpose, there is reason to believe ID labels provide a deterrent to theft. Because the labels are tamper-resistant, they cannot be removed cleanly, making resale of stolen goods more difficult. Although these lost-and-found services are still small enough not to have aroused much interest in the insurance industry, the potential certainly exists for reduced premiums for people who use the ID tags, as they decrease the probability that an insurer would have to pay the cost of a missing item.

Lost-and-found services offer labels in a wide variety of shapes, sizes, and materials to be used with almost any imaginable product. For example, ReturnMe sells skinny labels that can fit unobtrusively on eyeglasses and sunglasses, as well as metal key tags, luggage tags, and even pet tags. The presence of the tags on your stuff help to ensure you don’t suffer for forgetting to pick up that umbrella or briefcase when you step off the train or out of the restaurant.

Since I originally wrote about these services back in 2003, there’s been a lot of change in the industry. BoomerangIt, at one time the largest online lost-and-found service, changed ownership in 2016 and currently has only a minimally functional website that claims it’s in the process of being renovated. Meanwhile, competitor StuffBak shut down in 2005, and its former customers are now being served by ReturnMe, which appears to be leading this category at the moment. Although Yellowtag is still operating in the U.K., MicroTrax (a U.S. company) and Trackitback (a Canadian company) are apparently no more. Or…maybe they’re just lost. If you see a lost-and-found company on the sidewalk, be sure to check for a tag. There could be a reward if you return it!

Note: This is an updated version of an article that originally appeared on Interesting Thing of the Day on May 22, 2003, and again in a slightly revised form on January 9, 2005.