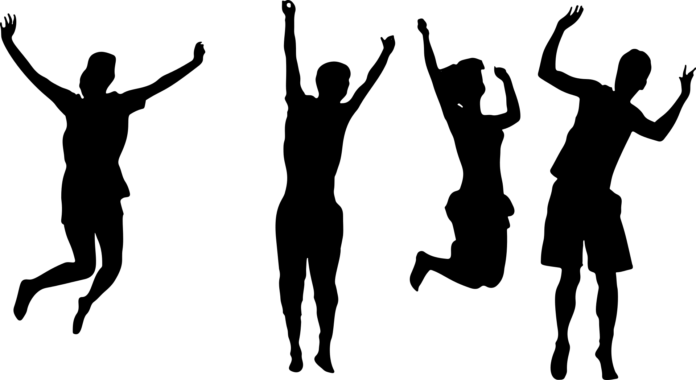 There’s an old joke that I’ve heard attributed, in one form or another, to numerous religious groups. It goes: “Why do Baptists (or Methodists, or Mennonites, or Jews, or whatever) prohibit premarital sex? Because it could lead to dancing.” The implication, obviously, is that the group’s taboo against dancing is so strong that it overshadows the moral principle that gave rise to it in the first place; dancing becomes not just a potential path to evil but an evil in and of itself. One of the theological views that sometimes motivates this position is that the body (or “flesh”) is inherently sinful or corrupt, and must be ruthlessly subjugated to the purer values of the spirit. This was certainly the view of the religious tradition in which I grew up. Any activity that even suggested carnal pleasure outside strictly delimited boundaries was an immoral concession to humanity’s fallen nature.

Although this sort of thinking may be an extreme example, it’s indicative of a broader and older cultural trend, which some people refer to as the “mind-body split.” Whether you trace this trend back to Cartesian dualism, the early days of Christianity, or some other source, it amounts to a belief that the body is somehow an ontologically separate entity from the mind (or “soul” or “spirit”). Perhaps the two are even in competition or conflict with each other. Even if, as adults, we recognize that by implicitly accepting this split we’ve become disintegrated and unbalanced, it’s difficult to reprogram ourselves to recover that sense of being a single, unified whole. A practice called InterPlay exists to encourage that process by helping people to rediscover and express one of their most basic, primal needs: play.

Children, of course, have no trouble playing, and kids seem to engage in play with their whole beings—what InterPlayers refer to as “mindful presence.” That, in a nutshell, is what InterPlay seeks to restore to adults who have lost all sense of how easy it is to have fun. As we grow older, we tend to take ourselves more and more seriously. Although that is useful in some respects, InterPlay is a reminder that we never outgrow the need for play.

What does InterPlay mean by “play”? Not the things adults usually mean—sports, board games, gambling, and so on. In a sense, play can be anything that’s enjoyable, but some of the specific activities that make up InterPlay are deep breathing, telling stories, singing, stillness, hand movements, and yes, dancing—all done with a relaxed (and often goofy) attitude. InterPlayers realize that the people who most need to learn how to play sometimes have mental blocks about the very idea of dance, or perhaps even resistance to more basic notions like movement or touch. So their practices are carefully designed to put participants at ease and ensure that everyone feels safe as they learn gradually to “let go.” You may think you’re making a fool of yourself, but so is everyone else; the freedom for each person to be equally silly without judgments or comparisons is part of InterPlay’s basic philosophy.

InterPlayers learn to identify judgments they may have unconsciously made about themselves and release them. Since other participants are not judging you, you learn to silence your inner critic as well. So taking part in InterPlay activities is something like a cross between group therapy and improv comedy. InterPlay teaches participants to become more spontaneous and creative, to better handle stress, change, and uncertainty, and to be more effective collaborators.

Although many InterPlayers become involved out of a desire to free themselves of certain religious baggage, the practice itself has no religious (or anti-religious) agenda. Instead, it espouses the viewpoint that spirituality is a subset of play, and that to the extent we can discover our true selves, we become better equipped to experience deeper levels of reality. Those who feel a spiritual path must be one of great seriousness and asceticism are challenged to think about spirituality in a more relaxed, light-hearted way.

InterPlay creators Cynthia Winton-Henry and Phil Porter met while attending seminary in Berkeley, California in the late 1970s. They have collaborated ever since. After developing the basic philosophy of InterPlay, they formed a nonprofit organization called Body Wisdom to provide a structure for teaching InterPlay and training other leaders. InterPlay groups have sprung up all over the world; the activities are also taught in such diverse settings as corporations, churches, hospitals, and prisons. Body Wisdom’s current headquarters, called InterPlayce, opened in downtown Oakland, California in 2004.

I have several friends who practice InterPlay, including one who’s a regional leader and was once on Body Wisdom’s board of directors. Although I myself am not an InterPlayer, I’ve noticed that simply by interacting with people who are, I’ve gotten sucked into the wonderful vortex of playfulness that they embody. And that’s exactly what InterPlay is all about: spreading the benign contagion of play.

Note: This is an updated version of an article that originally appeared on Interesting Thing of the Day on May 17, 2005.