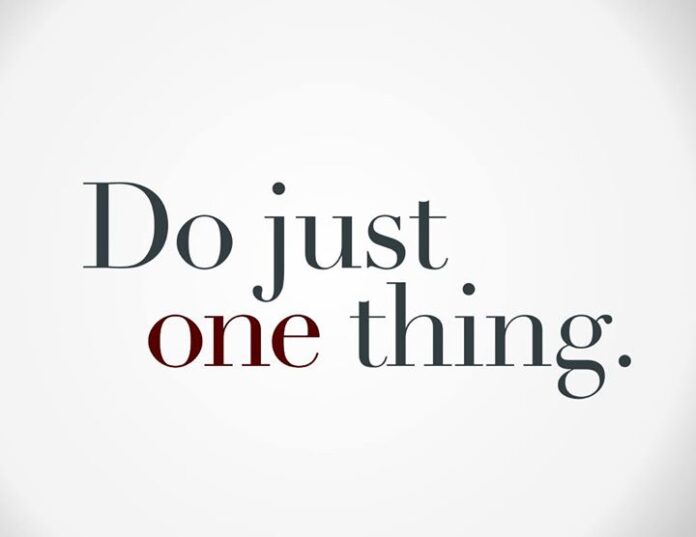 Years ago I ran across a job listing at Apple, and although I don’t recall the specifics, I remember one of the job requirements being the ability to “multitask while multitasking.” And I thought: Ha ha ha ha hard pass. Multitasking is a thing that computers can (sort of) do; it’s not something that humans can do. There are people who think they can multitask, but study after study has shown that when we try to switch rapidly among tasks (which is what multitasking really means, after all), our overall efficiency decreases quite a bit because of the extra cognitive load involved in getting the brain back up to speed where it left off on a previous task. In other words: it’s an illusion, and people who try to do it are not just fooling themselves; they’re actually decreasing their productivity. So just cut it out, already! Today is Single Tasking Day, and you celebrate it like this: Do one thing at a time. That’s it. Finish the thing, or get as much done as circumstances permit, then do the next thing. Repeat indefinitely.

While we’re on the topic…who decided that “single tasking” is the term for the opposite of “multitasking”? It should be “unitasking,” which is what I call it and what I (try to) do!