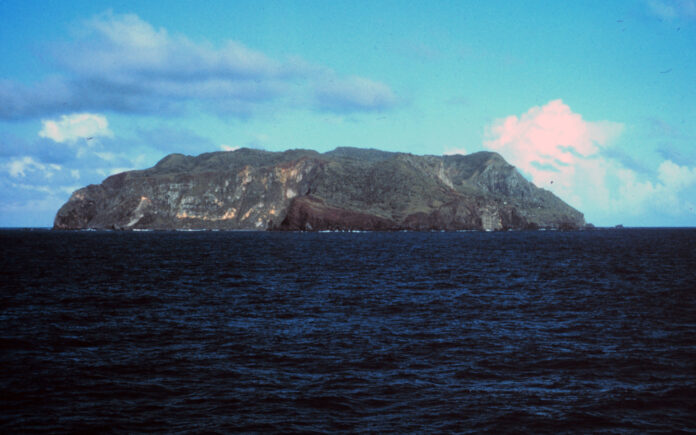 The story of the mutinous crew of the British navy vessel HMS Bounty has remained a popular theme in books and movies ever since it occurred in 1789. Four major films have been made with the mutiny as their inspiration, featuring such acting heavyweights as Errol Flynn, Clark Gable, Marlon Brando, and Anthony Hopkins; one version of the film earned a Best Picture Oscar. There is a good reason for the story’s popularity: the sequence of events ending with the setting adrift of the ship’s captain, William Bligh, along with 18 of his men, in the middle of the Pacific, is inherently dramatic and fascinating.

The story of what happened to both the mutineers and those forced overboard may be paid less attention, but is equally fascinating. Captain Bligh, with the aid of only a sextant and pocket watch, successfully navigated the small boat to the Tongan island of Tofua, and then on to the island of Timor, a journey that took over 47 days and covered over 3,618 nautical miles (6710km) by Bligh’s reckoning. Only one of those set adrift with Bligh did not survive the voyage; a crewman was killed by the inhabitants of Tofua when the group landed there.

The mutineers, led by master’s mate Fletcher Christian, initially sailed to the island of Tubuai, but being unable to successfully settle there, went back to Tahiti (whence the ship initially departed). Sixteen members of the crew disembarked at this point, while Christian and eight of the mutineers, along with six Tahitian men and twelve Tahitian women (who were reputedly kidnapped), set sail to find a new island where they could settle in peace.

Bounty on the Mutineers

Fearing capture, Christian’s crew bypassed the Fiji and Cook Islands, eventually landing on the then-uninhabited Pitcairn Island in January 1790. To prevent discovery of their whereabouts, the group ran the Bounty aground, and after stripping it of its supplies, burned and abandoned it in the island’s primary bay (now known as Bounty Bay). They established a settlement on the island, growing crops and raising livestock.

The island, named after the boy who sighted it during the 1767 expedition of the HMS Swallow, had once been home to other inhabitants (most likely from Polynesia), but was deserted when the mutineers arrived. Measuring 6 miles (about 10km) in circumference and 2.5 miles (4 km) in length, Pitcairn Island is part of a group of four islands (now collectively called the Pitcairn Islands) that proved an ideal hiding place for the mutineers, owing to its incredible isolation in the midst of the Pacific Ocean, about halfway between New Zealand and the Americas.

The early community on Pitcairn experienced considerable violence among its members; clashes between the Tahitian men and the mutineers led to the deaths of all but four of the men by 1794, and by 1800, due to further violence and poor health, only one man remained alive. This man, an erstwhile mutineer named John Adams, became the leader of the settlement—now numbering 34 (counting 10 women and 23 children)—and oversaw its development into a viable and thriving entity. The group’s first contact with the outside world came with the arrival in 1808 of an American ship, but it was not until 1814 that Pitcairn became known to the wider world, when two British ships, the Briton and Tagus, landed on the island.

Surprisingly, Adams was not arrested by the British commanders on board these ships, but instead helped to establish a new relationship between Pitcairn and Britain. This relationship was formalized in 1838, when a constitution for the Island was created (which included the right of female suffrage 80 years before it was adopted in Britain), and was further enhanced when Pitcairn became a British settlement under the British Settlements Act of 1887.

Throughout the 19th century, overpopulation and a lack of resources were constant problems for the islanders, leading to an exodus to Tahiti in 1831, which was reversed later that year, and a further resettlement to Norfolk Island, a former British penal colony, in 1856. This time the move was successful; the islanders became prosperous and permanently settled in their new home. However, a small group of former Pitcairn residents decided to return two years later, in 1858, and they are the ancestors of those who live on the island today.

Giving it Their Own Stamp

Although in 1937 the island’s population reached a high point of 233, currently there are about 50 residents on the island (most of them bearing the surnames of their mutineer ancestors). There is an initiative underway to attract more residents to the island, but it has not been successful. Pitcairn does not have an airport, and ships visit on an infrequent basis, but in recent years there have been more efforts to draw tourists to the island to generate much-needed revenue for the community.

An earlier attempt to support the local economy began in 1940, with the issuance of the first Pitcairn postage stamps. Now administered by the Pitcairn Islands Philatelic Bureau (headquartered in New Zealand), Pitcairn issues six stamp series each year, which are prized by avid philatelists. Another, more recent, economic initiative undertaken by the islanders is the cultivation of honey, flavored by the Mango, Lata, Passion Flower, Guava, and Roseapple flowers found on the island.

In addition to its economic woes, Pitcairn has faced social problems in recent years. In 2004, the island came under intense media scrutiny as seven male residents (including the mayor) were put on trial facing 55 charges of sexual offenses against young girls. Six of the men, including the mayor, were eventually convicted on a total of 35 of the charges, and six other men, former residents of Pitcairn, also went on trial in 2005 in New Zealand. These trials caused major upheaval in the community, since almost all of the adult male population was implicated in them. Some residents felt disheartened by the scandal, fearing that the island’s fate would be crippled by it, while others saw cause for optimism in the necessary rebuilding of the power structure on the island.

This is not the first time Pitcairn has faced violence and lawlessness; from its inception the settlement has had to deal with the consequences of such actions. While to most people the mutiny on the Bounty remains an entertaining story from the past, for the residents of Pitcairn Island it is part of their daily reality, and has shaped the course of their lives and those of their ancestors.

Note: This is an updated version of an article that originally appeared on Interesting Thing of the Day on December 4, 2006.