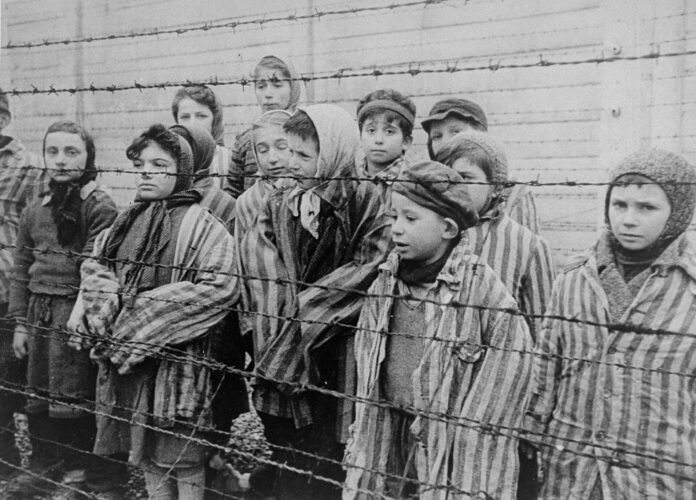 Image credit: Alexander Voronzow and others in his group, ordered by Mikhael Oschurkow, head of the photography unit [Public domain], via Wikimedia Commons

During World War II, six million Jews (and millions of others) died at the hands of the Nazis. Perhaps the most notorious of the concentration camps, Auschwitz-Birkenau, was the last one to be liberated—on January 27, 1945. In recognition of that event, the United Nations General Assembly in 2005 declared January 27 to be International Holocaust Remembrance Day. I used to think that racism in general, and anti-Semitism in particular, were on a rapid and irrevocable decline, but sadly that has turned out not to be the case. What happened before—and worse—could happen again unless we get our collective acts together, stop being awful to other human beings, and stop tolerating those who are.