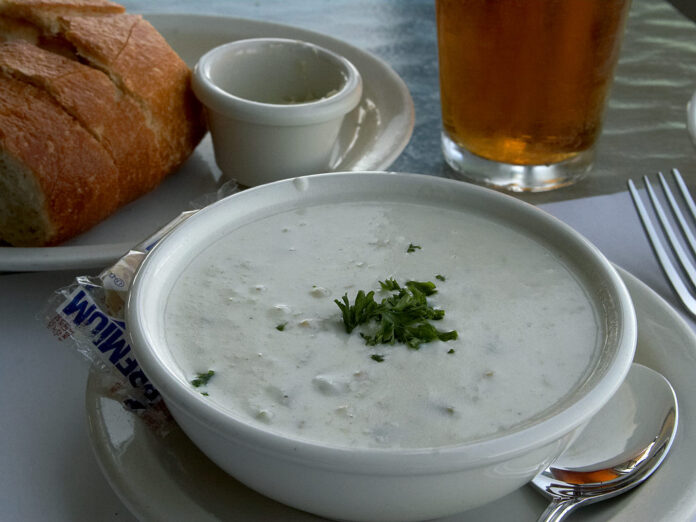 As everyone knows, a chowder is a thick, cream-or milk-based soup, often containing potatoes along with other vegetables and, usually, some type of seafood. I’ve made some delicious corn chowder, but clam chowder has always been my favorite. Except…one time I ordered the thing called “clam chowder” and got a bowl of red liquid with tomato chunks, some vegetables and a few pieces of clam. That was what people call “Manhattan clam chowder” which is right up there with Welsh rabbit in the list of foods whose names contradict their ingredients (or vice versa). Although I personally find “Manhattan clam chowder” inedible, anyone who wants to consume that particular combination of foodstuffs has my blessing—just don’t call it “chowder,” for crying out loud. Today, lovers of real clam chowder—that is, New England clam chowder for those who want to be sure they don’t get the wrong thing, or just “clam chowder” to any reasonable citizen—get to celebrate their rightness.