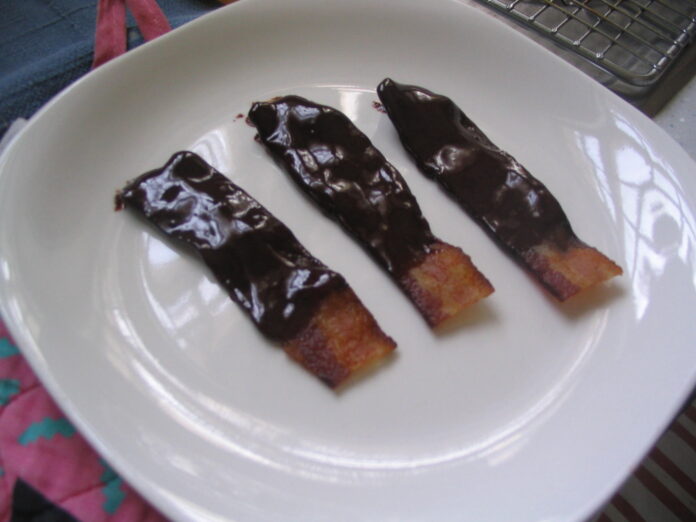 Long, long ago—I’m going to say, close to 30 years ago—I had a really vivid dream about eating chocolate-covered bacon. I could taste it in the dream, and it was amazing, yet it was a combination I’d never heard of, and one that struck me as pretty odd and unlikely. Perhaps I subconsciously invented chocolate-covered bacon, because sure enough, several years later, it started appearing in real life. Now, of course, it’s ubiquitous—and not merely the sort of novelty food you might find at a fair. (Though a fair without chocolate-covered bacon barely sounds worth attending.) We live in more enlightened times, and I think there are few chocolate-covered foods that would raise eyebrows these days. But today’s the day to stretch the limits of your imagination and find new and interesting things to cover with chocolate. They don’t even have to be edible—I mean, in Germany, they’re covering roads with the stuff. You can be even more creative. Live the dream!