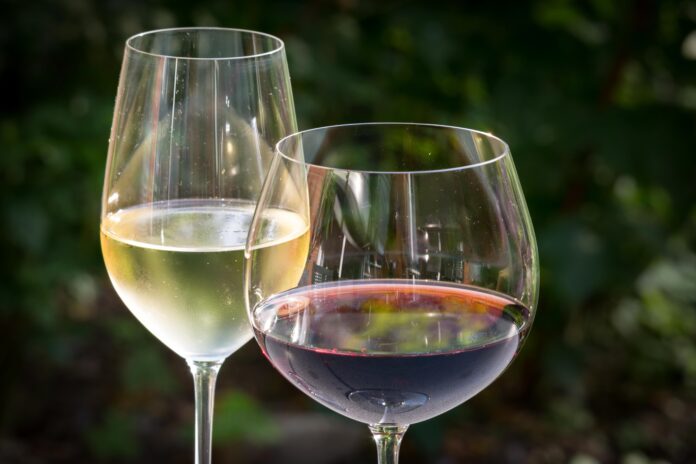 In the August 19 & 26, 2002, edition of The New Yorker, humorist Calvin Trillin wrote an article titled “The Red and the White. Is it possible that wine connoisseurs can’t tell them apart?”. Trillin claimed to have heard from multiple sources that wine experts—even those with degrees in enology—routinely failed a blind taste test at the University of California, Davis in which participants were asked simply to pick which wines (served at room temperature in black glasses) were red and which were white. If true, this suggests that the whole enterprise of tasting and judging wines rests on a shaky foundation at best. Indeed, a wine color study conducted in 2001 by a French doctoral student named Frédéric Brochet yielded results that scandalized the French wine industry. It showed fairly conclusively that Brochet’s test subjects were influenced in their descriptions of wines by what they believed the color to be.

In the course of Trillin’s research, he discovered that the particular test he had heard of at U.C. Davis was most likely an urban myth, or at least a significant embellishment of a test where wines are judged by smell rather than taste. Nevertheless, Trillin himself couldn’t reliably tell the difference. In an effort to show just how ridiculous it should be even to ask such a question, an enology professor subjected Trillin to an impromptu experiment with a pair of wines—one white, one red—and he guessed wrong. Volunteers on the staff of Wine Spectator fared much better in their own version of the test, correctly guessing color 40 out of 42 times.

But the fact that anyone could fail such a test suggests that wines’ aromas and flavors are not as distinctive as experts have led us to believe. It also reminds us that the experience of taste and smell—tightly connected as they are—may be quite subjective. Psychologists say that one’s perception of smell is strongly affected by one’s expectations—more often than not, we smell what we think we’re going to smell, or what someone tells us we’ll smell. So it’s entirely plausible that the smells and tastes we perceive in a glass of wine can be colored (so to speak) by the wine’s appearance. Meanwhile, experts ranging from Wine Spectator editors to UC Davis enologists admit that some wines have flavors that belie their colors—typically reds with an unusually low level of tannin or whites with an unusually high level. Without the standard cues of color and temperature, even a seasoned pro could plausibly suffer from a confused palate.

Although I’ve participated in numerous wine tastings, I have not developed the sophisticated palate or vocabulary necessary for describing the taste of a wine meaningfully. But then, if even such a basic distinction as a wine’s being red or white can be missed, I don’t feel so bad for not being able to detect that hint of raspberry, that faint aroma of vanilla, or even those strong oak overtones the labels declare so boldly. My test is much simpler: what color are your cheeks after drinking the wine? Red: good. White: not so much.

Note: This is an updated version of an article that originally appeared on Interesting Thing of the Day on September 24, 2003, and again in a slightly revised form on December 28, 2004.