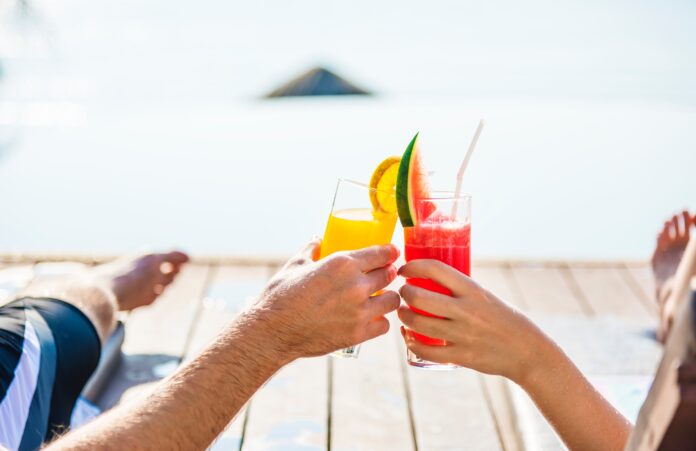 At weddings and banquets, at celebrations of birthdays, anniversaries, and holidays, and on other special occasions both large and small, toasts are as normal a part of a meal as eating with utensils. This is undoubtedly more true in some areas and among some demographic groups than others, but I generally think no more of this strange habit than of the equally strange compulsion most people seem to have to say “Bless you!” after someone sneezes. I was even, for a while, a member of an organization called Toastmasters—whose name derives from the association of the word “toast” with speechmaking—even though our meetings never actually included toasts (not to mention toast).

I think most of us over a certain age have absorbed the ritual at some point in our lives, even though it’s not something generally taught at home or at school. It typically begins with someone making a declaration—often in honor of a person or achievement, but sometimes an all-purpose utterance that basically means “let us now celebrate nothing in particular together.” So it could be “Here’s to Mrs. Smith, the finest leader this institution has ever known,” or “Best wishes on your new life together,” or simply “Cheers!” During this speech, participants are expected to hold in front of them a glass containing some beverage, often alcoholic. At the conclusion of the statement, the speaker raises his or her glass as a signal that everyone else should do the same. (In a frequently occurring variant, the participants clink their glasses together; social custom usually dictates in such cases that unless the group is quite large or spread out inconveniently, each person should endeavor to touch his glass to every other person’s glass—a sometimes rather tedious affair.) And then, finally, everyone drinks. This process may repeat an indefinite number of times. Participating in a toast usually implies both agreement with whatever the speaker said and solidarity with the other people in the group.

These are the basic facts we all know, but why do we perform this odd ritual? What’s the significance of the clinking glasses? And why do we call it a toast?

It all has to do with poison.

Stop By for a Drink and We’ll Talk About It

Let’s go back a few millennia to ancient Greece, where one of the preferred means of disposing of an unwanted political rival (or spouse) was to invite the person to share a nice meal with you and slip a little something into the wine. This happened a surprising number of times before people started to catch on and realize that they might want to think twice before imbibing. And yet, it would have been incredibly impolite not to drink what you were served. The solution to this problem was for the host to take the first drink after the wine was poured from a single bottle or decanter; if he didn’t keel over forthwith, the guests could be assured the wine was safe for them to drink too—and they ceremonially tossed back a preliminary sip from their own glasses. This, then, is the beginning of the notion of “drinking to one’s health.”

Now jump ahead several centuries and across the water to Rome, where much the same customs (namely, poisoning and goodwill drinks by the host) were in force. It was a peculiar Roman practice to put a piece of burnt toast in a wine glass. The usual reasons given are almost certainly incorrect—this was done neither to add flavor to the wine nor to provide a “treat” at the bottom of the glass; if someone wanted wine-soaked bread, a quick dip would be more than adequate. Rather, it was a way to remove undesirable flavors from the wine. In particular, the burnt crust reduced the wine’s acidity, making it more drinkable—especially if it happened to be a cheaper variety in the first place.

If that sounds rather strange, bear in mind that the water filter in your kitchen most likely contains activated charcoal, a special, oxygenated form of carbon that has a tremendous ability to absorb unpleasant odors and flavors—not to mention certain toxic substances. Burning toast carbonizes its surface, making it a very crude, primitive approximation of a modern chemical filter. Although a burnt toast crust is not activated charcoal and does not have anywhere near its absorptive capacity, you will get at least a bit of the same effect. You can’t count on toast to protect you from hemlock or whatever other poisons your enemies may have put into your wine, but it is at least remotely plausible that at some point in history, a particularly inept poisoner was foiled by a piece of toast. Just saying.

Let’s Hear It for Metonymy

In any case, the toast-in-the-wine habit persisted for quite a long time, and even made its way to England. By the 16th century or so, the English word “toast” had been extended to refer to the wine glass containing toast—a phenomenon linguists call metonymy, in which one word is substituted for another with which it is associated. (The canonical example of metonymy is an expression like “The White House said such-and-such.” The building itself, of course, is not doing the speaking, but rather someone associated with that building.) So when someone said, “Let’s drink a toast,” the more precise meaning was, “Let’s drink wine from a glass that may happen to contain toast.” Later, the term was stretched even further to refer to the act of drinking itself, and then further still to refer to the entire ritual and even to a person being honored by the ritual. At this point, since the actual toast was irrelevant (and often, in fact, absent), one could perhaps make the case that the use of “toast” in its more tangential senses is in fact a case of metalepsis, which is similar to metonymy except that the association between the word and the concept is more remote.

As for the clinking of the glasses…there are several theories. One theory is that the “spirits” in alcoholic beverages were at one time considered actual malicious entities, but ones that could be frightened away with a bit of noise. Another theory, which I like better, goes back to the poison problem. Some people claim that at a certain point in history (exactly when or where is unclear), guests would actually pour some of their wine into the host’s glass before drinking—just to make completely sure the wine was safe. After all, I suppose the glass itself could have contained poison. If someone wanted to make a gesture of confidence in the host without all that messy wine-pouring, so the theory goes, a symbolic touching of the glasses would do the trick. This makes more sense to me because it ties the clinking of the glasses in with the communal nature of the toast. But I have been unable to locate any definitive account of the custom’s history.

Today, all the historical (and pseudo-historical) associations of this ritual have been lost, and yet we continue to go through the motions of what appears to be a sort of secular communion. Not that there’s anything wrong with that. In fact, I think we could do with a few more customs that bring us together in spontaneous acts of community.

Note: This is an updated version of an article that originally appeared on Interesting Thing of the Day on April 13, 2005.