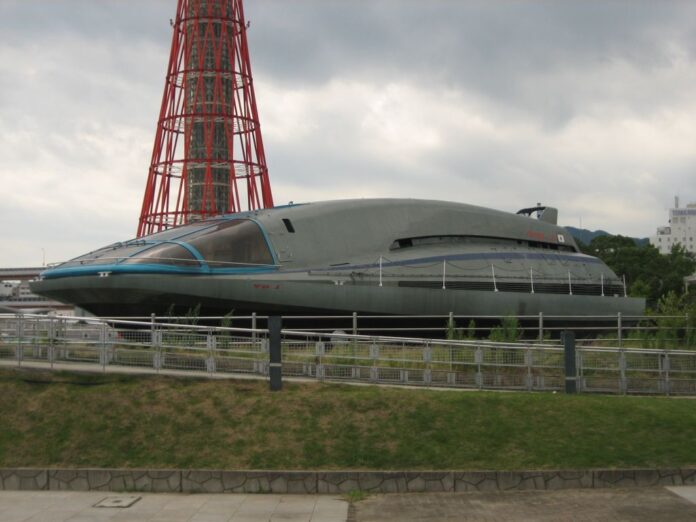 In the 1990 film The Hunt for Red October (based on the Tom Clancy novel of the same name), Sean Connery plays the captain of a Russian submarine. This much I remembered from having seen the film many years ago. I did not recall that the submarine in question—the eponymous “Red October”—used a special high-tech propulsion system that, having no moving parts, was silent. I’m sure my science fiction filter was on, and I just assumed at the time that the top-secret engine was the sort of almost-plausible futuristic contrivance any modern spy movie will have—and not worth taking very seriously. Just a few years later, though, Mitsubishi demonstrated a boat called the Yamato 1 using a propulsion system of roughly the design Clancy described in his novel. And now variations on this technique are being used in electrical generators, nuclear reactors, and even spacecraft design.

The scientific principle in question is known as magnetohydrodynamics, which is a fairly straightforward combination of magneto (as in magnet), hydro (as in water), and dynamics (as in motion). Those in the biz call it MHD for short. And yes: it uses magnetism to cause motion in water (or another fluid). MHD is not by any means a new discovery—academic researchers have been working on this since at least the 1960s, and the Journal Magnetohydrodynamics has been published since 1965 by the University of Latvia. But in recent years, MHD designs have begun to appear more frequently in everything from large-scale commercial operations to high school science fair projects.

The basic concept is simple, even though it relies on some complex math and physics. When a conductive fluid (such as saltwater, liquid metal, or even plasma) is exposed to a magnetic field and an electric current at right angles to each other, their interaction propels the fluid in a direction perpendicular to the other two axes. In other words, the fluid itself functions more or less as the moving part of an electric motor.

You can demonstrate this effect on a small scale if you have a free afternoon, a few tools, and a bathtub. Take a small plastic tube and glue a pair of nice, strong magnets onto the top and bottom (opposite poles facing inward). Then glue strips of metal to the insides of the tube on the left and right; these will be the electrodes. Affix this assembly to the bottom of a small toy boat. Wire the electrodes to a fairly high-power battery (being careful, of course, to keep the battery dry), and float the entire contraption in a saturated solution of salt and water. If the battery is strong enough and the boat is small enough, it will start moving through the water.

Of course, if you want to power a boat large enough to hold passengers, the engines will have to be pretty large. You’re going to need some extremely strong magnets—think helium-cooled superconducting electromagnets—plus an awful lot of electricity to provide current to the electrodes. Even then, you may find (as Mitsubishi did) that the thrust produced is a bit underwhelming. The prototype boats were expected to reach speeds of 200 kilometers per hour, but only got up to 15 km/h. Even though MHD drives have virtually no drag (unlike propellers), the energy conversion efficiency is currently pretty low. (Had they used the same amount of electricity to power conventional motors, the boats would have gone much faster.) Further technological advances are needed to make this a practical propulsion system for marine vessels.

As far as I know, there are no submarines using such drives now, but a Red October is at least more plausible than I’d previously have suspected. However, I should point out that MHD drives are only sort of quiet. By this I mean there’s no noise from an engine or propeller, but the electrodes do produce huge numbers of bubbles—after all, this design amounts to magnetically enhanced electrolysis, and electrolysis separates water molecules into hydrogen and oxygen atoms. So a submarine with an MHD drive would not be quite as stealthy as you might imagine.

Much more promising are designs that use other kinds of fluids that conduct electricity better. For example, plasma-based propulsion systems being studied for long-distance space travel use a variation on MHD. It remains to be seen whether technological innovations will make MHD an efficient and practical means of propulsion (terrestrial or otherwise), but the mere fact that you can induce motion in a fluid without either moving parts or combustion seems incredibly cool to me. As with so many scientific discoveries, truth is much more exciting than fiction.

Note: This is an updated version of an article that originally appeared on Interesting Thing of the Day on March 26, 2005.