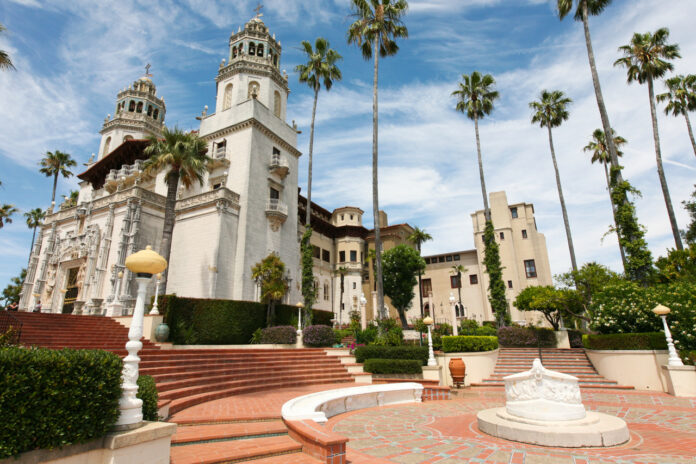 For reasons that have never been entirely clear to me, I went through much of my life completely oblivious of certain very important icons of American culture. For example, if you were to ask 100 Americans at random to name the best movie of all time, it’s a safe bet that a sizable percentage would say Citizen Kane, Orson Welles’s 1941 masterpiece. Even those who don’t consider it a cinematic legend have most likely seen it, if for no other reason than curiosity at its fame. But I can’t recall even hearing of the film until my early 30s. Morgen and I were watching some old Kids in the Hall videos, and one very funny sketch was based on the assumption that everyone knows about Citizen Kane. Feeling that my cultural education was incomplete, I finally saw the film. I enjoyed it but utterly missed the point, having also somehow failed to accumulate any knowledge of William Hearst, on whose life the story was not-so-subtly based.

Hearst, like the fictional Charles Foster Kane, was a newspaper magnate who aspired to, but never quite got, political power. Where Kane spent his fortune on a vast estate in Florida he called Xanadu, Hearst built his dream house in San Simeon, California—about 200 miles (322km) south of San Francisco. Hearst had inherited a 250,000-acre (101,172-hectare) ranch on a hill overlooking the ocean, and he used to take his family camping there. Eventually he tired of “roughing it” in a small city of tents and in 1919 hired architect Julia Morgan to design less austere vacation housing.

The Art of Building a Palace

These improved camping digs eventually turned into a project of palatial proportions, and indeed it eventually became known as Hearst Castle. For decades, construction (and renovation) was almost continuous. Hearst was an avid art collector, and he and Morgan designed the estate to incorporate and display his considerable collection, which included not only paintings, sculptures, and tapestries, but entire walls, floors, and ceilings removed from castles and churches in Europe. As the art collection grew, the estate grew to accommodate it.

The estate was designed for entertaining, and Hearst nearly always had guests in his home. Among his most famous visitors were Calvin Coolidge, Winston Churchill, Charlie Chaplin, Clark Gable, Cary Grant, George Bernard Shaw, and Amelia Earhart. Guests were given the run of the property but required to attend the evening meal with Hearst. Although every need was attended to—Hearst even had a complete selection of bathing suits for guests who forgot to bring their own—drunkenness was never tolerated, and rowdy guests were sent home. But an invitation to the Hearst residence was highly coveted: it meant either that you were rich and famous, or that you’d get to fraternize with those who were. Hearst Castle was a place where connections were made, power was wielded, and alliances forged.

When Orson Welles, at age 24, made Citizen Kane, he used Hearst as a model and—to put it generously—painted him in a less-than-flattering light. More upsetting for Hearst was the film’s depiction of the character Susan Alexander, a talentless singer Kane marries. Her resemblance to Hearst’s real-life mistress, movie star Marion Davies, was all too obvious. Hearst found out about the film even before it was finished and fought bitterly to prevent its release; Welles, who also had enormous power in the film industry, fought back. This much-chronicled battle damaged the reputations of both men, and prevented Citizen Kane from achieving any real acclaim until long after its original release. Welles, for his part, later claimed that the film was not intended as a reflection on Hearst’s life, even if some notable character and plot points were inspired by Hearst. But now, Citizen Kane is inextricably linked to Hearst Castle, and the estate’s current popularity as a tourist attraction is undoubtedly due, in large part, to the film.

After an earlier version of this article was published, reader Bob Laurence provided the following additional tidbits:

blockquote style=”border-left:2px solid gray;padding-left:1em;margin-top:.5em; margin-bottom:.75em”First, Welles later acknowledged that his film was quite unfair to Marion Davies, who was really a talented actress, and once bailed out Hearst’s empire when he was on the verge of bankruptcy. She [Davies] was also quite an accomplished businesswoman in her own right and did very well after he died. They really did love each other, for many many years.

Home Is Where the House Is

Like most lavish residences-turned-tourist attractions, what this estate has more of than anything else is…statistics: a total of 165 rooms, including 56 bedrooms and 61 bathrooms, 41 fireplaces, a 5,200-volume library, and over 90,000 square feet (8361 sq m) of floor space. The primary structures on the grounds are a main house (“Casa Grande”) that resembles a Spanish cathedral and three smaller guest houses, plus a huge Greco-Roman outdoor pool as well as an indoor pool lined with gold and Venetian glass. But wait, there’s more! Hearst also had his own zoo, as well as a private airport, complete with two paved runways equipped for instrument landings. (Besides using the airport to shuttle in guests, Hearst insisted on having a daily copy of each newspaper he published—more than thirty from all parts of the country.) He also had a theater in his home that would put many multiplex cinemas to shame; legend has it that he insisted on showing a film for his guests every night. Construction on the property continued until 1947, when Hearst, in failing health and with severely depleted financial resources, moved away from San Simeon.

I don’t believe I’m in any imminent danger of becoming ludicrously wealthy, but I have certainly fantasized about my dream home from time to time—what kind of house I’d live in if money were truly no object. I think it would be very much on the scale of one of the guesthouses on Hearst’s estate—large but not too large; lavish but not gaudy; livable and maintainable by ordinary humans. Well, OK…throw in the home theater too. You never know when you might want to have a few friends over for dinner and a movie.

Note: This is an updated version of an article that originally appeared on Interesting Thing of the Day on July 11, 2003, and again in a slightly revised form on August 19, 2004.