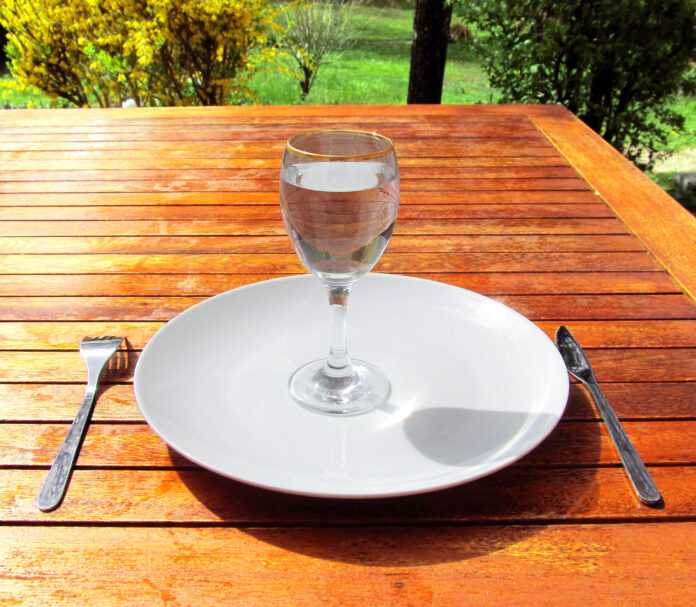 Image credit: By Jean Fortunet [CC BY 1.0], from Wikimedia Commons

Because of my abiding interests in food, cooking, and unusual stories, I was excited to discover the books of Margaret Visser. Visser achieved literary fame for her books on the culture of eating, including Much Depends on Dinner and The Rituals of Dinner. But the first book of hers I read was The Way We Are, a collection of short essays on all sorts of interesting things, from the unexpected origins of words to the stories behind everyday customs and cultural artifacts—each one backed by a solid bibliography. Hmmmm, a series of short essays on interesting things. What a concept! Although I did not deliberately try to emulate Visser’s M.O. on this site, it certainly was an implicit inspiration. (When Morgen and I were living in Paris, we had the honor to meet Margaret Visser and spend time together on numerous occasions. She’s just as interesting and delightful as her books suggest!)

One of Visser’s topics in particular caught my attention: fasting. On a few rare occasions I had fasted for a day at a time, but Visser was talking about extended fasts—those lasting more than a few days. According to Visser and other sources I consulted, an extended fast has some fascinating characteristics I had never contemplated. For one thing, hunger is supposed to disappear after the first three or four days. The body adapts to the absence of intake and more or less goes about its business without complaining. Intriguingly, the mind purportedly becomes more alert, less sleep is needed, and thinking becomes clearer. On the downside (or perhaps not, depending on your point of view), sexual energy and desire diminish. Accumulated toxins are also released, which can be healthy for the body’s organs but has a side effect of significant body odor and bad breath. All this continues for anywhere from three to six weeks, depending on a variety of factors including the size of your body and overall health. At that point, hunger returns, signaling that you must eat soon in order to survive. Ignore this sensation, and your muscles, bones, and organs will rapidly deteriorate, leading to starvation.

Let me be very clear about this: I love food. Eating is more than nourishment for me—it’s a hobby, it’s entertainment, it’s educational. I enjoy cooking, trying unusual foods, and experiencing novel tastes, smells, and textures. And I like the rituals and trappings of a good meal, especially at a fine restaurant. I have been called many things but never anorexic. I’m reasonably fit but in no danger whatsoever of wasting away. In short, I have a good relationship with food and have every desire to maintain it.

But as I read Visser’s description of fasting I found the idea strangely compelling. The promised clarity of mind, without a doubt, was a strong selling point. There were also any number of personal reasons for considering a fast. For one thing, it seemed like a good spiritual discipline, a way of refocusing my attention on more important things than I usually think about. I also felt I could stand to break some bad habits, such as excessive (even for me) consumption of coffee and chocolate, and a sometimes inappropriate ratio of food intake to exercise. Besides, I figured I had enough body fat to keep me going for a few weeks, at least, and that there would be no particular harm in having a little less. But what motivated me even more was simple curiosity. I like to have experiences—even if I don’t anticipate they’ll be pleasant ones—in order to learn, add to my collection of stories, and expand my horizons.

So I tried it, and over a period of several years I’ve undertaken three extended fasts, ranging in duration from ten days to three weeks. (I have not attempted to go the proverbial 40 days and 40 nights without food.) The experience was indeed quite interesting and not nearly as unpleasant as I thought it would be. Each time, the overall pattern was about the same. The first two days were quite difficult; the third was excruciating. I felt intensely hungry, weak, and light-headed, and had tremendous difficulty concentrating. But by the fourth day, all these symptoms began to subside rapidly. By the time a week had passed, my body and mind alike had become accustomed to not eating, and it no longer felt strange. I also found myself needing less sleep, and as expected, feeling more alert and clear-headed. I don’t want to overstate this mental clarity: it wasn’t overwhelming, but definitely noticeable. I am reliably informed that my body odor and breath were not more objectionable than usual during my fasts, but then, I also did not consider it necessary to abstain from bathing, using deodorant, and brushing my teeth.

When I started my first fast, I had the idea that I would consume nothing but water. After a while, however, I began to feel this was unhealthy and unnecessary. I did not have the luxury of taking time off from work and life for several weeks of contemplation, and I needed to have at least a modest amount of energy. So I took vitamins and fiber capsules and drank a small amount of fruit juice (or sometimes vitamin water). Some people would say that’s cheating or call what I was doing a “juice fast.” I would differ with that interpretation, but then, there are many views on what constitutes a “proper” fast and that is of no particular concern to me.

I did find a few things to be unexpectedly difficult. One was exercise. I don’t exercise heavily, but even a half hour of t’ai chi was exhausting. Specifically, I felt as though my muscles just didn’t have the strength or endurance they usually do. But the big surprise was social, not physical. Even though I normally eat at home, several times a week I found myself in some social situation in which eating was expected. For example, Fridays at work were Bagel Day, and there were often business lunches, birthday celebrations, and other events where food was served. Friends would invite us to have dinner with them, but felt awkward when I wasn’t eating like everyone else. I began to notice that so many of my social habits (“Let’s go out and…whatever”) assumed the shared consumption of food. Being unable to participate was frustrating.

Then, of course, when I declined food and someone asked why, I had to explain that I was fasting. This is not easy to do. Fasting for extended periods of time is extremely uncommon these days and therefore it’s regarded with suspicion. Was I fasting because of some medical test? No. Was it some sort of religious ritual? No again. Are you sure this isn’t just a thinly veiled weight loss strategy? Yes, quite sure. How long was I going to be fasting for? No idea—I’ll decide when I get there. And so on. I was hard pressed to give satisfying answers.

More than anything, though, I simply missed food. It wasn’t that I felt hunger pangs or cravings, I just missed the sensation of eating, as well as the social and logistical conveniences it provided. When I began to feel that the desire to resume a normal life outweighed the benefits of continued fasting, I started eating again. To the extent that fasting helped me to break bad habits, the reform was fleeting, but I still value the brief dose of perspective it gave me. And I fully expect I will fast again—perhaps as an annual ritual, a sort of internal spring cleaning.

If you are thinking about fasting, it is prudent to talk to your doctor first, as some people are medically unable to fast. (This is a matter of “do as I say, not as I do.”) Under the type of health insurance most Americans have, casual visits to the doctor to chat about minor health questions are strongly discouraged—inconvenient and awkward at best. Don’t expect tremendous encouragement either—but it never hurts to double-check that you’re free of conditions that would make fasting dangerous.

There are many good reasons to fast. Besides exercising discipline over your own body, it gives you a chance to exercise some social discipline as well, questioning the assumptions of our food-based culture. And it is, without question, an interesting experience. When you resume your relationship with food, it will be more intentional and circumspect—and more meaningful.

Note: This is an updated version of an article that originally appeared on Interesting Thing of the Day on May 14, 2003, and again in a slightly revised form on August 14, 2004.