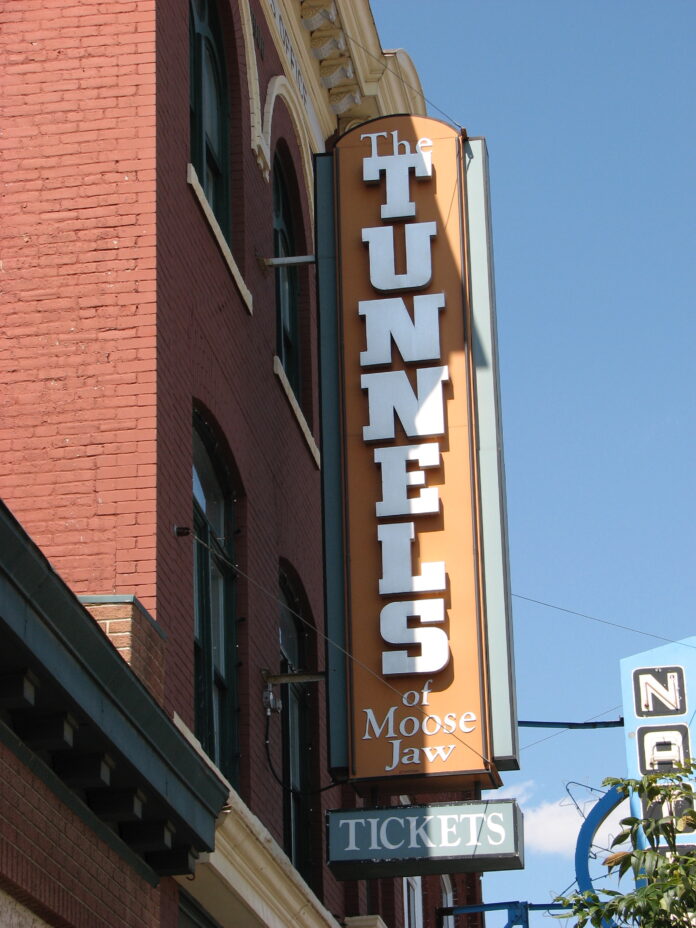 The first couple of times I visited Saskatchewan, where my wife’s family lives, it was winter. Temperatures hovered around –40°, making holiday shopping along the streets of downtown Saskatoon a challenge. Even bundled to the gills, we could barely stand to be outside for more than a few minutes. Morgen assured me that during the summer (or “mosquito season,” as it is affectionately known), the prairies of southern Saskatchewan took on an entirely different look and were quite hospitable to humans. But I was thinking, this is why they invented malls. Malls are good. Let’s go to the mall! We went to the mall.

Moosey in the Sky with Diamonds

I like to kid my wife about Saskatchewan: the monotonous flatness of the landscape, the dearth of trees, the nasty winter weather, the fact that the province’s slogan, “Land of Living Skies,” suggests there’s not much interesting about the land itself. Morgen, in turn, can kid me about western Pennsylvania (where I grew up), which has its own peculiarities. But even though Pennsylvania has no shortage of oddly named towns, Saskatchewan’s legendary town of Moose Jaw takes the cake. Although everyone in Canada has heard of Moose Jaw, it’s known more for its silly name than for any other characteristic. Which is a shame, because if you dig a little bit, you can find all sorts of interesting things in Moose Jaw.

Moose Jaw, located just west of the provincial capital of Regina in south-central Saskatchewan, most likely got its name from a Cree word meaning “warm breezes” via folk etymology—though there are several other theories too, including one that the river running through town was thought to be shaped like a moose’s jawbone. Warm breezes or not, Moose Jaw (like the rest of Saskatchewan) gets plenty cold in the winter. In the early 1900s, when the town was beginning to undergo significant growth, most of the larger buildings were heated by steam, with coal-powered boilers located in the basements. The engineers who kept the heating equipment running didn’t like having to go upstairs and outside in the cold repeatedly to move from building to building, so they arranged for the creation of a series of tunnels linking the basements to provide easier access. Over a number of years, the tunnels expanded and interconnected, becoming a large network.

Down and Out in Moose Jaw

Not long after the tunnels were built, a wave of Chinese immigrants arrived in Moose Jaw. Anti-Chinese sentiment at the time made it difficult for these immigrants to live and work in public view, yet business owners valued them as a source of cheap labor. So the tunnels were expanded and used as both living quarters and workplaces. Conditions were harsh in the tunnels and pay was poor, but the workers stayed because their options for earning money in the outside world were limited.

During Prohibition (1917–1924 in Saskatchewan and 1920–1933 in the United States), Moose Jaw became a hub for liquor distribution both domestically and across the border. Along with speakeasies, gambling and prostitution became big businesses in the town. The tunnels provided a conveniently obscure place for all these activities. According to several reports—though no conclusive evidence exists—Al Capone himself called Moose Jaw home for a short while, overseeing a profitable bootlegging operation in person. Because of the town’s connection to organized crime in the United States—and its physical link to Chicago via the Canadian Pacific Railway’s Soo Line, used heavily for transporting illicit alcohol—Moose Jaw became known as “Little Chicago.”

Over time, most of the tunnels fell into disuse; many were filled in or blocked off as new buildings were constructed. But a portion of the tunnel network that remains has been developed into an elaborate, theatrical tourist attraction. Guests can take either or both of two tours featuring both live actors and animatronic figures. One tour highlights the tunnels’ use by Chinese immigrants; the other tour focuses on the organized-crime angle. The tours attract more than 100,000 visitors per year—about three times the town’s population. The tunnels are now a source of civic pride, though they may never match the incredible drawing power of the town’s unusual name.

Note: This is an updated version of an article that originally appeared on Interesting Thing of the Day on January 8, 2005.