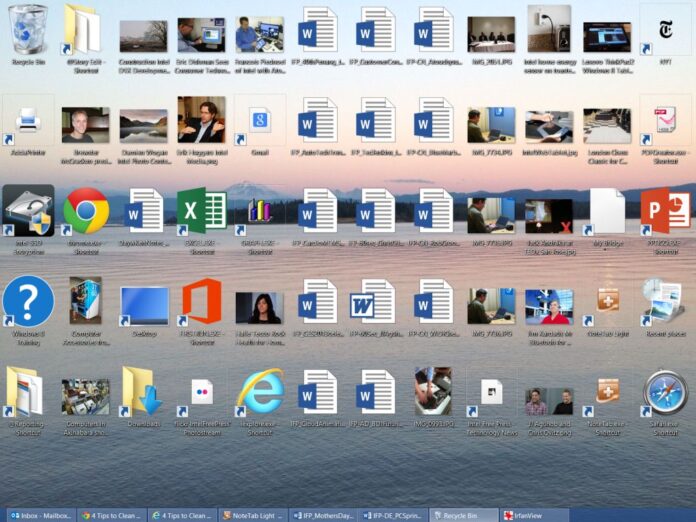 As I write this, my computer’s desktop is rather untidy—it has (and it pains me to say this) nine items on it, only two of which involve projects currently in progress. Oh, the unseemly clutter! I’d much prefer to have a mere one or two items there, but I’ve been busy, so I haven’t gotten around to finding them better homes. Now, I say this somewhat tongue-in-cheek, because I’ve seen a great many desktops with hundreds of items on them. I’ve long maintained that one’s desktop is a terrible place to store files and folders. It’s great for temporary storage of stuff you’re actively working on, but not at all good for indefinite storage. Why? Well, for one thing, most of that stuff will frequently be covered up by windows. For another, it can be extremely challenging to find just the right file from a grid of hundreds, most of which look alike. And, if you’re a Mac user, you should know that every icon on your desktop uses up as much RAM as a conventional window. (I offer Mac users advice on this and other maintenance matters in my book Take Control of Maintaining Your Mac.)

Well, today, the third Monday in October, is National Clean Your Virtual Desktop Day (as established by the now-closed Personal Computer Museum of Brantford, Ontario in 2010). That means there’s no better time to organize that clutter into meaningful folders so you can actually, you know, find things. Get to it!