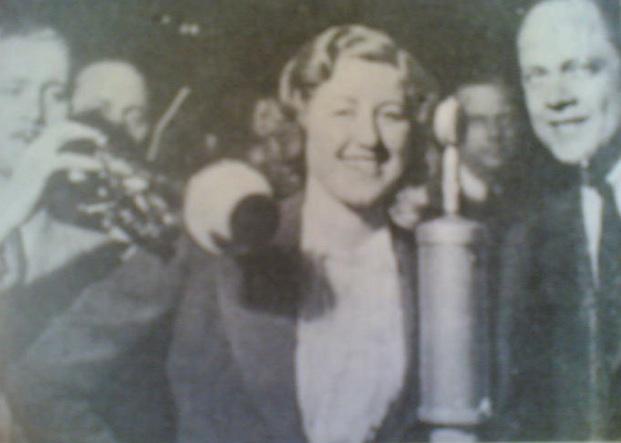 My son Ben used to play trombone in his high school’s jazz band. I thought this was pretty cool—and in fact I was a bit jealous, because I never got to be in jazz band when I was in high school. As a trumpeter, I just wasn’t good enough. Later I switched to baritone horn and got a bit better as a musician, but the baritone wasn’t one of the instruments needed in the jazz band. Although it would be a stretch to refer to the music my school jazz band played as true jazz, I certainly found it more interesting and more moving than the stuff the concert band played. And in some sense, that’s the point of jazz: to inspire a visceral reaction, an unfiltered, direct emotion. Never was this more true than during the early days of the 20th century, when jazz was young, new, and shockingly unconventional.

This American invention was outrageously popular not just in the United States, but also in other parts of the world—including places where English was not the primary language. In the 1930s and 1940s, German residents were just as enamored of jazz as everyone else, but Nazi leaders saw it as much more than mere entertainment: they saw it as a threat. For one thing, the Nazis felt that jazz lyrics encouraged a level of sexual permissiveness that was at odds with the standards they set. But more deeply, jazz represented the enemy—both literally, in the sense of its being American, and figuratively in the sense that its African roots made it racially degenerate, an offense to Aryan purity. To enjoy jazz music was to thumb your nose at the Nazi cause. There were also those who claimed that American Jews were behind the whole jazz movement, and the Nazi anti-Semitic rage only added to their distrust of jazz.

So Hitler’s government tried repeatedly and in various ways (though with mixed success) to outlaw jazz. Playing, listening to, or owning recordings of jazz music was made illegal—and that included listening to jazz from abroad on a shortwave radio. The very worst form of jazz, from the Nazi perspective, was swing, which was especially popular among young people. As shown in the 1993 film Swing Kids, German youth frequently used swing music and dancing as their outlet for rebellion—in this case, rebellion against the Nazi values in general and the Hitler Youth in particular. Many of the young people who were caught at covert swing parties were sent to concentration camps. But, of course, every attempt to wipe out swing just galvanized its fans further. The surest way to make something desirable, after all, is to forbid it.

This much of the story is relatively well known. But there was another side to the swing phenomenon in Nazi Germany. Just as the government was doing its best to stamp out swing domestically, it was secretly using its very own swing band to spread propaganda abroad.

Josef Goebbels, Hitler’s propaganda minister, was already in charge of radio broadcasts to the United States and Britain intended to demoralize and confuse the public, if not actually arouse pro-Nazi sympathy. Hitler suggested that these broadcasts should include music, just as comparable anti-Nazi broadcasts by the allies did. So Goebbels took it upon himself to assemble a group of talented swing musicians who could discreetly put Hitler’s message to toe-tapping music. The group was headlined by singer Karl Schwedler, who anglicized his name to “Charlie.” Along with an array of instrumentalists, including conductor Lutz Templin, he began recording in 1940, and shortly thereafter the group became known as “Charlie and His Orchestra.”

The group’s primary M.O. was to take well-known American swing tunes and alter the lyrics—often after the first verse so that listeners didn’t catch on to the deception immediately. These alterations, which ranged from subtle to blatant, included criticisms of American and British leaders, anti-Semitic messages, and other dispiriting comments. Schwedler’s English was excellent, and since the Nazis were careful to conceal the source of the broadcasts, their hope was that American and British listeners would enjoy the music, start singing along, and with any luck actually believe some of what they were singing.

But of course, while making the music freely available overseas, the Nazis did their best to keep it from the German public. Despite the pro-Nazi lyrics, the government could not be seen promoting a form of music it had gone out of its way to repudiate. So although all swing music was forbidden to Germans, the music of Charlie and His Orchestra was the most forbidden, with extremely severe penalties for those caught listening. Naturally, this increased the band’s popularity within Germany.

The band members themselves, curiously enough, were not particularly sympathetic to the Nazi cause. Schwedler may have been in it for the money, and some of the band members, who spoke little English, would later say they did not even realize what the lyrics said. But playing in the band paid well and exempted the members from military service. More importantly, it may have saved the lives of some members. Drummer Fritz Brocksieper, for example, had a Jewish grandmother, and so would have been considered Jewish according to Nazi reckoning.

Also curious is the fact that the group developed a significant following among Americans who were exposed to their music. This either says a lot for their music or very little for their lyrics—but in any case, the propaganda was clearly ineffective. The individual members of Charlie and His Orchestra went on to successful careers in music after the war, their unique songs all but forgotten once the authentic originals were again in free circulation. All in all, not a bad gig for a bunch of musicians who found themselves on the wrong side of a war.

Note: This is an updated version of an article that originally appeared on Interesting Thing of the Day on November 10, 2004.