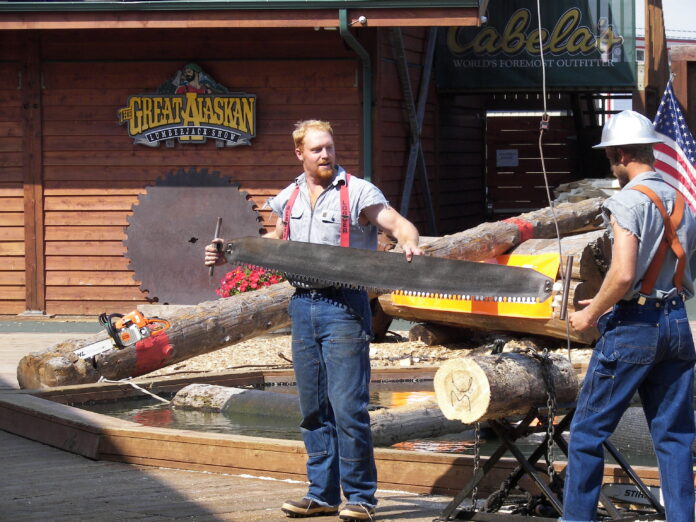 My List of Pseudo-Holidays initially informed me that today is National Pancake Day, but when I did a web search for National Pancake Day, I found out that it occurred way back in February (thanks to no less an authority than IHOP). But some calendars disagree and say that no, today really is (also?) National Pancake Day. Apparently the real thing we’re meant to be celebrating today is Lumberjack Day, but inasmuch as it was created in 2005 largely as an excuse to eat pancakes, the secondary name took hold. As far as I’m concerned, every day can be pancake day, but I love the idea of honoring lumberjacks. I mean, I’m a lumberjack and I’m OK.