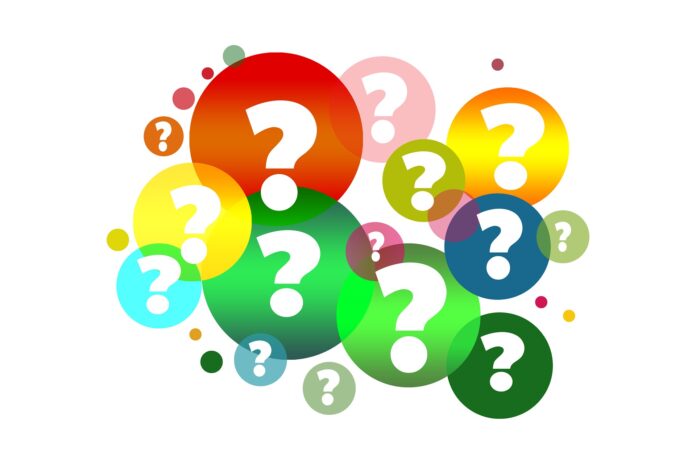 People who want to make fun of the Canadian dialect of English invariably start with one of its two most idiosyncratic features. The pronunciation of the diphthong “ou,” of course, is one of them—in words like out and about, Americans exaggerate both the gliding and rounding of the vowels so that it sounds like the “ow” in power, whereas the stereotypical Canadian pronunciation is closer to “oat” and “a boat” (though for some reasons, lots of Americans seem to think the Canadian pronunciation is “oot” and “a boot,” which makes me think they’ve never encountered any actual Canadians). A Canadian may protest this characterization, pointing out that Americans butcher the language in numerous other ways—”Every dialect of English has its faults, eh?” This is the second oft-ridiculed peculiarity of Canadian English: turning a statement into a question by adding the word “eh” at the end, which means, approximately, “Isn’t that so?”

Needless to say, not all Canadians fit the stereotype—my wife, for example, rarely uses “eh,” just as I avoid most of the influences of Pittsburghese. Some of her family members from Saskatchewan, on the other hand, say “hey” instead of “eh,” and there are many other regional variations of English within Canada, just as there are within other English-speaking countries. But whether or not one uses “eh” (or “hey”), every English speaker knows dozens of ways to add a word or a phrase to the end of a statement so that it becomes a yes/no question. Questions formed in this way are called tag questions.

In one of my first graduate linguistics courses in grammar, we studied English tag questions at great length, because they nicely illustrate a simple, rule-based grammatical transformation. The simplest way to make a tag question in English is to repeat the verb, negate it, and then repeat the subject. For example, “She is smart” becomes “She is smart, isn’t she?” If the verb is already negative, you just make it positive. “It won’t rain” becomes “It won’t rain, will it?” In most cases, if a sentence doesn’t use a “be” verb, tag questions are created using a form of the verb “do”: “This scarf matches my hat, doesn’t it?” Depending on the verb and the context, there are numerous other variations, along with special exceptions to the rules. When I was a kid, every student in elementary school was taught that when speaking of oneself, one must use the awkward-sounding “Aren’t I?” to form a tag question unless you’re willing to phrase it as “Am I not?”

Beyond these basic kinds of tag questions, though, there are many other ways of achieving the same (or very similar) result. “Don’t you think?” and “You know what I mean?” are common, as are “Right?” and “OK?” and sometimes even “Huh?” In certain parts of the United States, Canada, and England, “Isn’t it?” is shortened to “innit?” and used as an all-purpose tag question, even where the verb doesn’t seem to match, as in “This shirt costs a lot of money, innit?” But if you think of “innit?” as short for “isn’t it so?” you have a nice parallel to the all-purpose French tag question, which also shows up in English. “This foie gras is splendid, n’est-ce pas?” And oddly enough, “yes” and “no” can often be used interchangeably to form tag questions. “We’re having fun, yes?” means about the same as “We’re having fun, no?”

Tag Questions Have Many Uses (Don’t They?)

What I have always found most interesting about tag questions is their many and varied uses. Ostensibly they are questions that seek agreement or disagreement with whatever the original statement was, but more often than not, they are used for reasons other than gathering information. In some regional dialects of English, tag questions occur quite frequently—every few sentences or so—with the net effect of softening the overall impact of the speaker’s statements. In other words, tag questions can make speech sound more polite or deferential by implicitly suggesting, “I could be wrong about this; what do you think?” This is also one of the functions of the Canadian “eh”—just as a Canadian will often say “Sorry!” if you step on his toes, frequent use of “eh” can serve the social purpose of limiting one’s impression of self-importance.

Quite often, tag questions are used mainly as a tool to move conversations along, to involve other participants. A tag question can invite feedback—anything from a nod to a “Yeah, sure,” to a lengthy response. But with very few exceptions, tag questions that expect a response are looking for a positive response: an agreement with the speaker’s original statement before it became a question. They say: “I believe such-and-such. Do you agree?” So tag questions can exert a subtle (or sometimes not-so-subtle) pressure on the listener to respond positively, like a preacher who makes a string of bold statements followed by “Amen?” It would be unexpected, to say the least, for a member of the congregation to shout out “Not really!” So just as tag questions can be used as a means of expressing courtesy, they can also be misused as a way of controlling a conversation, inducing guilt, or expressing passive aggression. Hence the infamous “You’d never leave me, would you?” It’s not easy for someone to respond, “Oh, sure I would!”

Tag questions can be used to make accusations, especially when followed by an explicit demand for agreement: “And then you bludgeoned the victim with Volume XI of the Oxford English Dictionary, didn’t you? Admit it!” They’re also a perennial favorite among parents: “You didn’t finish your vegetables, did you?” or “You need a nap, don’t you?” In fact, tag questions are a veritable Swiss army knife of English constructions, with almost as many possible uses as expletives. Although tag question formation is usually taught to people learning English as a second language, the full range of uses and variations is rarely addressed, making them confusing for people who don’t grasp their underlying motivations.

Even English speakers don’t always understand the unwritten rules for tag questions. Several times I’ve heard Americans try unsuccessfully to imitate a Canadian by saying something like, “Isn’t it cold up here, eh?” And that’s simply wrong; a tag question only works if it modifies a statement (or, in some cases, a command: “Stay for dinner, eh?”).

Tag questions are fascinating, aren’t they? You enjoyed reading about them, didn’t you? You will keep reading Interesting Thing of the Day every day, won’t you?

Note: This is an updated version of an article that originally appeared on Interesting Thing of the Day on June 18, 2003, and again in a slightly revised form on January 10, 2005.