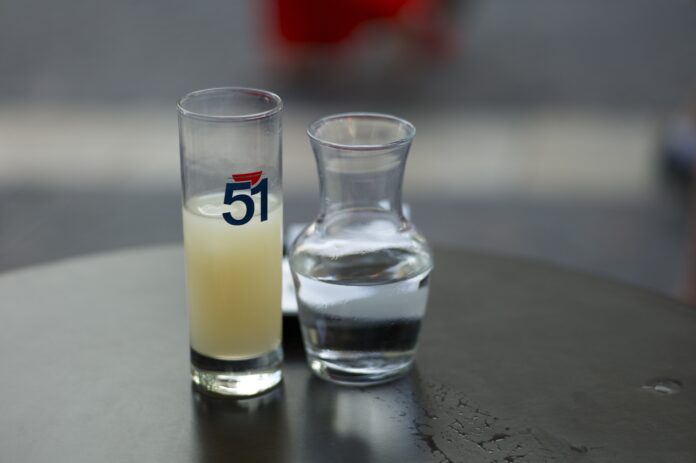 It’s all Peter Mayle’s fault (and boy, was I sad when he died in January 2018). Before I fell under his nefarious influence, I had simple tastes. Food was food; a burger and fries eaten on the run was a perfectly satisfactory dining experience. But then I read A Year in Provence and its sequels, books that tell colorful tales about ordinary life in the southern French countryside. To hear Mayle describe life in Provence, every waking hour is concerned with acquiring, preparing, or eating food. His descriptions of wonderfully rich food and drink, enjoyed course after course in meals that stretch for hours, are sensual to the point of being called erotic. You can just taste the foie gras, the truffles, the escargots as you read. For impressionable minds like mine, there was only one possible outcome. I became a French food snob (and, indeed, later spent over five years living in France). And along my path to culinary enlightenment, I felt it necessary to sample—indeed, become somewhat expert on—a variety of French beverages. One drink that receives quite prominent treatment in Mayle’s books is pastis, which is as good a place to start as any.

Pastis is a distilled spirit made from a blend of herbs. The flavor is predominantly that of anise, thus putting it in the same general class as sambuca and ouzo. It is commonly consumed as an aperitif—sort of a liquid, alcoholic appetizer—and in France, where it’s most popular, the custom is to dilute it at the table with about five parts of cold water. The ritual of adding the water, which causes the translucent yellowish liquid to turn cloudy, is part of the fun of drinking pastis. But the most interesting thing about pastis is its history. That it should exist at all is a bit of an accident.

The Fate of the Muse

Throughout the 1800s, the aperitif of choice in France (and in many other places) was absinthe. This potent drink was also distilled from herbs and had a strong anise flavor. Many artists and writers swore that absinthe enhanced their creativity, calling it “the green muse.” This unusual effect of absinthe was thought to come from its key ingredient, an herb called wormwood. However, absinthe was also thought to cause hallucinations, violence, blindness, and even insanity. Although no solid scientific proof of wormwood’s toxicity was produced, absinthe became an easy scapegoat for a large number of social ills. By the early 20th century, public opinion had turned against absinthe and it was banned in France and most other western countries.

While this satisfied the prohibitionist urges of a vocal minority, there were two groups of people who were quite displeased with the ban: the millions of absinthe drinkers who suffered no apparent harm, and the distillers, such as Jules Pernod, whose plant produced thousands of bottles a day. Necessity, it is said, is the mother of invention. The combination of public demand for a legal but absinthe-like drink and the distilleries’ desire to stay in business inevitably led to a substitute: pastis. It is made in the same manner—and from many of the same ingredients—as absinthe. However, the alcohol level is much lower and it does not include wormwood. Under such brand names as Pernod and Ricard, pastis rapidly rose to popularity in France, and within a few decades, absinthe was all but forgotten.

Today, there are hundreds of brands of pastis, each with a unique formula. Among the most common ingredients are licorice, star anise, cardamom, fennel, and coriander—though some formulas contain dozens of different herbs. Colors range from clear to gold to green, and as with wines (or even colas), the subtleties in flavor provoke fierce loyalties. Having sampled perhaps a dozen varieties myself, I would venture to say that the similarities are greater than the differences, but tasting pastis is a sort of self-defeating exercise. After a few glasses it becomes difficult to distinguish one flavor from another—or, for that matter, up from down. Curiously, even though I don’t care for the flavor of licorice in food or candy, I find essentially the same flavor unobjectionable in pastis.

I have one or two brands of pastis in my bar at home, but I much prefer the experience of enjoying it at a restaurant, before a good French meal. Although in France pastis is the most common spirit by far, it has not achieved a great deal of popularity in the United States. Almost every well-stocked bar and restaurant has at least one brand of pastis, but customers seldom order it. Quite a few years ago, Morgen and I had dinner at Masa’s, an upscale San Francisco restaurant whose head chef at the time, Ron Siegel, was the first American to beat an Iron Chef. (Sadly, Masa’s closed in 2013.) We arrived a bit early and decided to order pastis at the bar while waiting for our table. The bartender knew what we meant and also confirmed that we wanted it served in the traditional French manner—not on the rocks, as is more typically American. He said it had been a long time since anyone had ordered pastis, and he seemed a bit surprised that we would know about it. I, on the other hand, knew we were in good hands at the restaurant if the kitchen staff knew their stuff as well as the bartender knew his (and they did).

We Call it “Pop” in this Part of the Country

Unfortunately, that restaurant was the exception rather than the rule. In my experience, a majority of bartenders and waiters in the United States have little or no familiarity with pastis, even in fancy French restaurants…even in very old and famously absinthe-centric locales…and even if they stock it in their bar. On our honeymoon in New Orleans, Morgen and I visited Antoine’s, the oldest French restaurant in New Orleans—in fact, the oldest restaurant under single-family ownership in the entire United States. Antoine’s is legendary for its excellent menu and outstanding service, and having already visited a couple of Emeril Lagasse’s restaurants, we were ready to be impressed. The menus were in French—always a good sign. As we sat down, our waiter asked if we’d like aperitifs, and I said, “Yes, please, two pastis with water.” The waiter gave me a strange look, so I repeated: “Pastis.” Still apparently confused, he nodded and disappeared into the kitchen.

A few minutes later he returned, somewhat befuddled, with two glasses of cassis (a fruity liqueur made from black currants) and a carafe of water. His puzzlement was apparently due to the fact that it is quite strange to order cassis with water. I said, “No, sorry, I ordered pastis, not cassis.” He frowned and said, “Oh, I’m sorry. We don’t have pastis.” I was thinking: a legendary French restaurant doesn’t have pastis? Very unlikely. I took a deep breath, and restraining myself from lecturing him, tried my backup plan. “OK, then just bring us some Pernod.” The waiter brightened immediately. “Very good, sir.” I could only shake my head and sigh.

But then, years later when we were living in Paris, we had dinner one evening at the legendary restaurant La Tour d’Argent. That was, by far, the most expensive meal I’ve ever had, and it’s certainly in the running for most delicious and most memorable. As we’d done previously at Masa’s, we arrived early, and decided to have an aperitif at the bar. So of course, I ordered pastis (as I’d done at a great many other Parisian restaurants). But the bartender said no, they didn’t stock any pastis—and he said it in such a way as to clearly convey the meaning, “…because that’s what the common folk drink at mere cafés. This is a serious establishment, thank you very much.” Oh. So we ordered some champagne and everybody was happy. But that was how I learned that pastis is, contrary to what I’d thought, pretty much considered a blue-collar drink in France. Which is to say: just right for an ordinary fellow like me.

Note: This is an updated version of an article that originally appeared on Interesting Thing of the Day on April 29, 2003, and again in a slightly revised form on July 17, 2004.