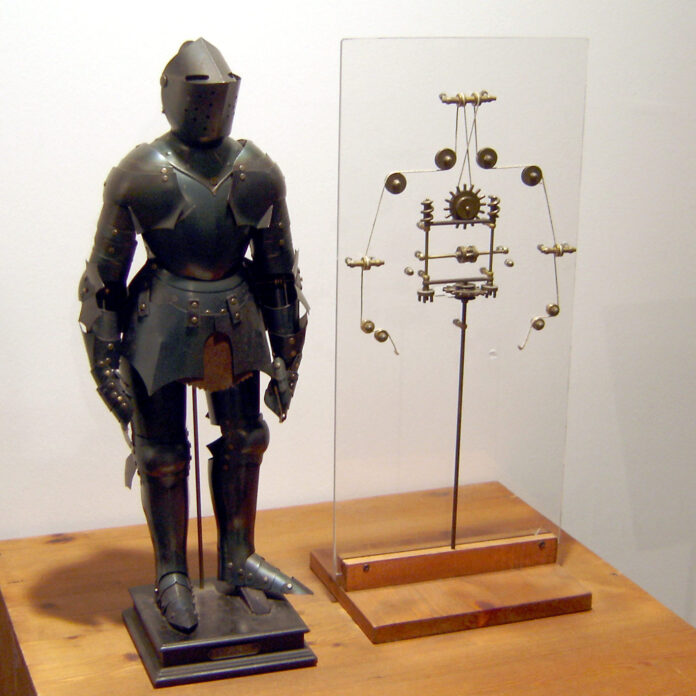 As I have mentioned numerous times, I was obsessed with science and technology as a child. I was especially fond of robots—both real and fictional. The magazines I read showed glossy photos of household robots that could vacuum the carpet and serve drinks; it was clear that human beings would no longer have to do such menial tasks in the future. It was less clear that robots would ever be able to do truly useful tasks like repairing the plumbing or washing the windows, but this was unimportant to me. All I cared about was that robots were cool. If they could move around and impress my friends, that would be good enough.

Naturally, I dreamed of someday building my own robot, and even made an abortive attempt to do so when I was about 12. But I was equally happy tinkering with smaller, less-ambitious projects. My bedroom was always full of wires, batteries, motors, solar cells, and electronic doohickeys of all sorts. When I wasn’t disassembling a TV or radio, I spent a lot of time (and money) in Radio Shack buying components that I could assemble into some amazing contraption. The only problem (apart from my rather incomplete grasp of electronics) was that I had trouble figuring out exactly what I should make. What task needed to be done that a gadget could perform? I couldn’t figure it out. So I was constantly asking my mother, “What can I invent?” She’d invariably say, “If I told you, then I’d be the one inventing it.” That was beside the point, of course—it was really the engineering I was interested in, not the idea-generation itself.

A little over 500 years earlier, Leonardo da Vinci was in just the opposite situation: coming up with ideas for inventions left and right, but doing comparatively little in the way of actual experimentation and implementation. Of course, I do not in any way mean to belittle Leonardo’s remarkable achievements in so many different fields, but he did have somewhat of a reputation for coming up with half-baked ideas that were never constructed—and in many cases, wouldn’t have worked if they had been. His human-powered helicopter design is perhaps the best-known of these wouldn’t-it-be-nice “inventions.” On the other hand, Leonardo’s sketches did contain a lot of designs that showed uncanny cleverness and sophistication, far ahead of his time. Among these are drawings that experts today believe were designs for robots—which, if true, would make Leonardo the world’s first roboticist.

The sketches in question were made around 1495, but were unknown until an Italian scholar named Carlo Pedretti found them in the 1950s. Nothing in the several pages of drawings looks like a complete robot; the gears, pulleys, cables, and so on appear to untrained eyes to be random machine components. But Pedretti believed that taken together, they could represent the plan for a mechanical man. Leonardo apparently intended a suit of armor to be used as the robot’s body. Several decades after the sketches’ discovery, a robotics expert named Mark Rosheim came across Pedretti’s description of Leonardo’s robot. Rosheim studied the drawings extensively and, using computer simulations, determined exactly how they could have fit together to form a humanoid robot. The digital model of the robot showed that it could sit up, wave its arms, bend its legs, move its head, and open and close its jaw; a mechanical apparatus in the chest controlled arm movements, while an external crank moved the legs.

Getting with the Program

Leonardo’s humanoid robot was clearly based on his long and detailed study of human anatomy—the same research that had led to his famous Vitruvian Man drawing and its accompanying list of proportions in about 1490. But apparently, this was not Leonardo’s first foray into the world of robotics. An earlier drawing, from 1478, was thought for years to be the design for a spring-powered cart. But Rosheim’s analysis showed that it was much more than that. The mechanism inside could be adjusted (by replacing various cams) to determine the course the cart would travel. In other words, it was, in a manner of speaking, a programmable analog computer—and since it was also mobile, it could be considered a robot.

Most experts consider it unlikely that Leonardo ever built the robots shown in the sketches. Rosheim, however, did build a reproduction of the cart, as well as a version of the robot that maintained Leonardo’s overall design but substituted a few pieces of modern technology, such as electric motors. Both functioned as Rosheim’s computer models had predicted, meaning that Leonardo’s designs were right on the money, even if he never did build them. The robot doesn’t do anything useful—unless you consider entertaining and impressing your friends useful, which I certainly do. I’m sure Leonardo would have agreed.

Note: This is an updated version of an article that originally appeared on Interesting Thing of the Day on May 12, 2005.