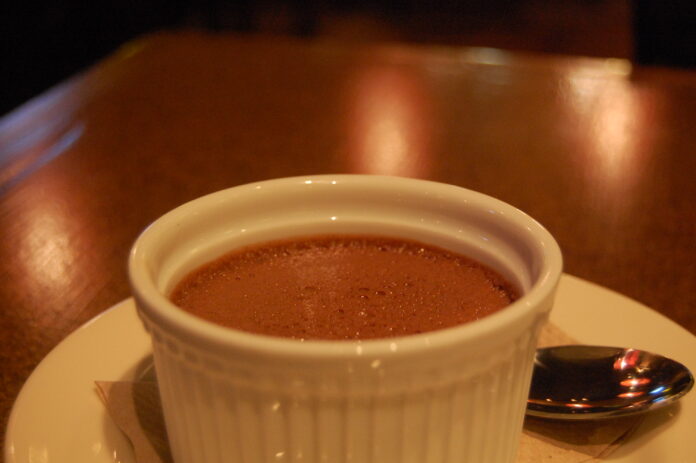 Despite being a Francophile and a dessert lover, despite having lived in France for more than five years, and despite having written here about such French desserts as crème brûlée and macarons, I couldn’t have told you yesterday what a pot de crème is other than, obviously, a “pot of cream.” I would have pronounced it correctly, of course (“poh duh krem,” more or less), but I had to look up what it actually is so that I could properly celebrate it today. Basically, it’s baked custard in a ramekin (or other suitable container). It’s less viscous than crème brûlée, and although it’s not directly caramelized on top, it may get a bit of a crust from the heat of the oven. It can be flavored with chocolate, chocolate, or, I suppose, if you’re weird, not-chocolate. But watch out: I’ve seen quite a few recipes for “pots de crème” that don’t involve baking, and those aren’t the real deal. If you want pudding, custard, or mousse in a cup, knock yourself out, but if it’s going to be a pot de crème, it needs to be baked. Get cooking!