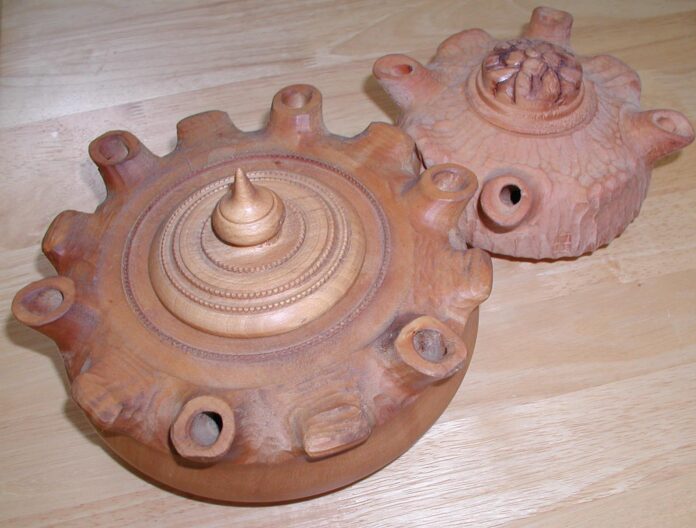 Every once in a while I spontaneously decide to adopt a new interest. I’m not the kind of guy who dabbles; if I’m going to do something, I do it right. So, for example, when I decided that I liked The B-52s, I could not rest until I had acquired every single one of their recordings, heard every song, and fully understood the history of the band. You can imagine, then, the sort of trouble I was in for when I realized in my early 30s that I didn’t have a clue when it came to alcoholic beverages. I vaguely understood that one was supposed to use a different type of glass for white wine than for red wine, but when it came to spirits, liqueurs, and mixed drinks, I was lost. I had no idea what anything tasted like, how it was made, or what to order on a given occasion. Clearly, this problem needed to be solved, so I set about reading books, stocking up a home bar, and taking impromptu lessons from a friend who had worked as a bartender. Slowly but surely, things began to make sense—at least, once the room stopped spinning.

My more sophisticated friends were eager to help me in my quest, pointing out potions that were missing from my collection, explaining which type of glassware was optimal for each drink, and making sure I sampled some of the more unusual alcohols. One day my Italian friend Paola said, “I’ve got a liqueur I’ll bet you’ve never tried. Here, taste this.” It was something called Cynar, distilled from—of all things—artichokes. It was different…not my favorite, but not terrible. Then she asked if I was familiar with grappa. When I said yes, she replied, “Then you might find this interesting,” and produced a very oddly shaped, covered wooden bowl with several spouts around the outside. “It’s called a grolla,” she said. “They’re made in the part of Italy where I grew up. You pour in a mixture of coffee and grappa, pass it around, and everyone drinks from a different spout. It’s a sort of friendship ritual.” It conjured up an image of communion, but with coffee—an odd juxtaposition that somehow really worked for me.

As I began reading about the grolla, I discovered that communion was an apt association. The word “grolla” is related etymologically to “grail,” and is believed to have been inspired by the Holy Grail itself (at least, by people who still believe the Grail was really a grail). Indeed, sometimes wine is used in a grolla, and its early origins were religious in nature. It was only more recently that the grolla ritual became secularized (and caffeinated).

Grolle (the plural) originated in the Valle d’Aosta, a small region in the Alps of northwest Italy bordered by both France and Switzerland. The mountains—particularly the Matterhorn—are the main attractions in the area, whether for skiing, hiking, or just a scenic background. The grolla is considered an icon of the region, and a number of local craftspersons earn their living making them. Usually a grolla is carved from a single block of wood, though some are made from pottery. Strictly speaking, a grolla is simply a covered wooden wine goblet, usually with four spouts, whereas a “friendship cup”—a similar but shorter design with five to eight spouts—is typically used for the grappa-and-coffee mixture. But in everyday speech the term grolla is often used generically for both designs, and of course there’s no reason either can’t be used with the beverage of your choice.

If you’re wondering what grappa is, the easiest answer is that it’s the Italian name for the spirit called marc in French or Tresterbranntwein in German. In case you’re not up on your digestifs, allow me to elaborate. If you were to take ordinary wine and distill it, you’d get brandy, a strong, sweet, after-dinner drink. Grappa is a close relative of brandy, except that it’s distilled not from wine, but from the bits of the grapes that are left over after pressing: the skins, seeds, and stems (known collectively as pomace). The distilled liquid is then aged in oak barrels for several months before being bottled. Grappa is clear, high in alcohol (up to 50%), and less sweet than brandy. It’s normally served chilled—in small, tulip-shaped stemmed glasses—at the end of a meal.

Another way of enjoying grappa is to mix it with coffee, and this is where the grolla comes in. All recipes agree on espresso and grappa (in varying proportions) as the two key ingredients; some people add another Italian liqueur called Génépy (or, say, Grand Marnier), sugar, and other spices as well. The mixture is heated well before being poured into the grolla, then set on fire. (This flaming coffee-grappa mixture, by the way, is known as Caffè alla Valdostana.) After a minute or two (during which the sugar, if any, will melt), the cover is placed on the grolla to extinguish the flame. Someone then takes a drink from one of the spouts and passes it to another person, who drinks from the next spout. The process continues in a circle until the grolla is empty, by which time, if enough grappa was used, all participants will be feeling an especially close bond of friendship, or a reasonable facsimile thereof.

There’s an old Italian saying, Chi beve solo si strozza: “One who drinks alone will choke.” So I like to think of the grolla as a simple health maintenance product. (I also like to think of the caffeine as balancing the effect of the alcohol, which just goes to show you how finely honed my skills of rationalization are.) It may not be the Holy Grail, but it certainly is a pleasant way to enjoy both a strong, hot drink and the communion of friends.

Note: This is an updated version of an article that originally appeared on Interesting Thing of the Day on August 29, 2003, and again in a slightly revised form on July 15, 2004.