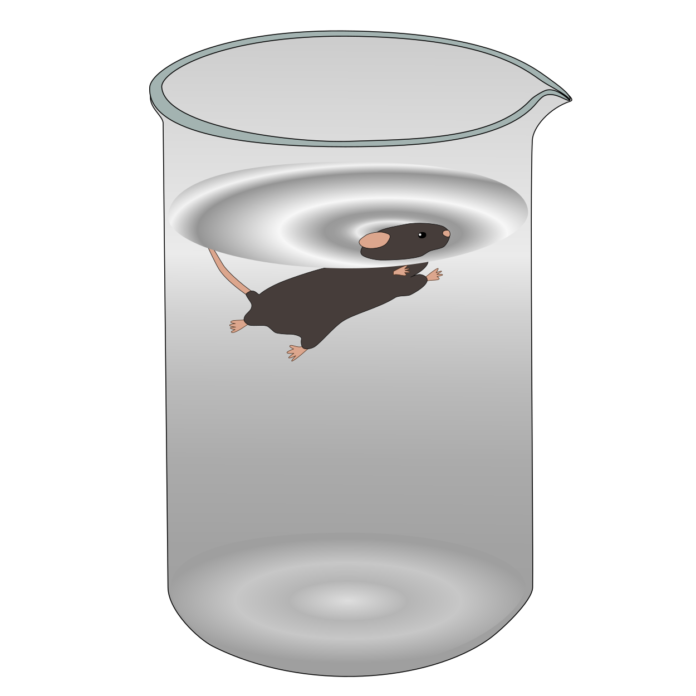 Sometimes I make jokes about the exact extent to which some event has affected my mental state. For example, my wife will walk into my office with a plate of freshly baked cookies, and I’ll say, “Wow, I’m now 7% happier!” Of course, the reason it works as a joke is that happiness (or the lack thereof) is not only subjective, it’s multifaceted—I may be ecstatic about the cookies, yet still quite unhappy about my taxes.

All joking aside, I wondered whether there might be some way of measuring despair. We can certainly tell if it exists or not, and whether it feels severe. But surely psychiatrists have some sort of semi-objective scale of measurement, I figured. I couldn’t imagine one doctor saying to another, “My 10 a.m. is a Venti, but with some Prozac I’m sure we can get him down to a Tall.” So I began searching for references of scales used to measure despair or depression.

The first test I found was called the Porsolt Forced Swim Test (FST). This test was created in the mid-1970s by R.D. Porsolt et al., and it has been used ever since to measure despair in mice and rats. Antidepressants often affect rats in the same way they affect humans, so before human trials begin with any new antidepressant, this is one of the tests likely to be performed in a laboratory. The FST is one of the more reliable tests of an antidepressant’s effectiveness. It’s simple, if somewhat disturbing. Essentially, you put a rat in a cylinder of water for a given period of time, and measure how much of that time the rat swims compared to how long it remains immobile. The rationale is that a rat will give up trying to swim when it feels despair; rats with less despair swim longer. The test will be repeated with a given animal before and after administering an antidepressant; when a rat keeps swimming longer after treatment with a drug, this is taken as a sign of the drug’s effectiveness.

If You’re Happy and You Know It, Check This Box

Needless to say, the FST would not be considered an appropriate test for human subjects. Although I’m certainly no authority on the matter, one of the diagnostic tools that appears to be popular among mental health professionals for assessing one’s level of depression is called the Beck Depression Inventory (BDI) [PDF]. This is a straightforward 21-question test, with each question having four possible answers. For each question, the answers range from a score of 0 (no indication of depression) to 3 (strong indication of depression). Add up your score, compare it to a scale, and the doctor can get a reasonably good picture of how depressed you are. Of course, this is just one of many tools, and no responsible clinician would rely solely on the results of this test for a diagnosis. (Nor, by the way, do I recommend using it on yourself without professional interpretation. Caveat lector.)

Interestingly, a “perfect” score of 0 on the BDI only indicates that you’re not depressed (or, perhaps, in denial); it says nothing about how happy you are. In fact, I haven’t been able to find any tests that purport to measure happiness with the same degree of rigor and repeatability as the BDI, probably because happiness is not normally a condition doctors need to diagnose and treat. But if you say your happiness increases by 1% for every article you read at Interesting Thing of the Day, I’ll take your word for it.

Note: This is an updated version of an article that originally appeared on Interesting Thing of the Day on October 5, 2003, and again in a slightly revised form on August 28, 2004.