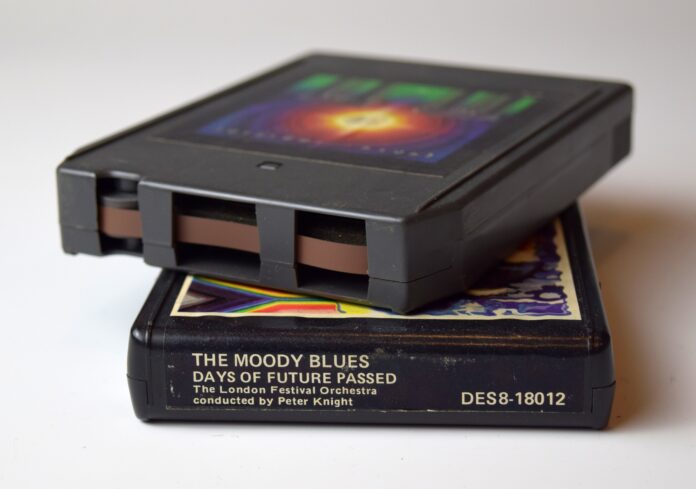 When I first wrote about “dead media” in 2005, the most common way for people to obtain music, movies, software, and other digital content was to buy it on physical objects. And sure, vinyl has been making a comeback, and some people do still buy audio on CDs and video on DVDs (or, more likely, Blu-ray discs). But we all know that physical media for most types of content is racing toward obsolescence. Most of us stream tunes using a service like Apple Music or Spotify; we stream video from Netflix, Hulu, and similar providers; and as for software…well, anything that doesn’t already run in a web browser can be downloaded. No one expects to buy this stuff on objects in boxes anymore.

And so—spoiler alert!—one could argue that almost all forms of physical media are either already dead, or are about to be. But that doesn’t mean their legacy—or their future—is any less interesting.

Around the time I was in junior high school, I began the process of replacing all my 8-track tapes with cassettes. About two decades later, I replaced my cassettes with CDs, and then my CDs with MP3 files, which now seem quaint compared to modern digital audio formats. The same is true of all those videocassettes, floppy disks, and many other assorted media that used to seem so valuable to me but are now unwanted trash. But even today, I occasionally run across a data storage device of some kind (a Zip disk! a microcassette!) that probably contains interesting and useful information, but that I have no way to access. This problem is neither new nor—despite current media delivery methods—completely solved.

When a type of media can no longer be decoded, displayed, or presented readily, it’s said to be “dead.” So 8-track tapes have been dead for a very long time. Even though you can, with some effort, still locate a working player, new media is not being created in that format, and the existing media is deteriorating—sooner or later it will be completely unusable, even if you have the necessary equipment. This process is not unique to modern times. Media formats have come and gone regularly for as long as humans have had the ability to communicate. But although technology must march on, we still lose something valuable every time media dies: the words, images, sounds, or ideas it contained.

This may not seem like much of a problem when it comes to bad pop music from the ’70s, but think about older media. Computer punch cards. Wire recorders, which predated tape recorders. The wax cylinders used in early phonographs. Stereopticon images. Magic lantern slides. Over the millennia, thousands of varieties of media have been used to record and exchange information, and as many of those media have died, the information has slipped from our grasp too. Never mind that more recent media are quantifiably better in almost every respect; if the only recording of someone’s voice, say, from over 100 years ago is in a fragile and rapidly disintegrating medium that can only be retrieved with nonexistent equipment, that does us no good today—and yet it’s clearly something of tremendous historical interest.

Book of the Dead

In 1995, well-known science fiction author Bruce Sterling presented a manifesto called The Dead Media Project: A Modest Proposal and a Public Appeal at the International Symposium on Electronic Arts in Montréal. Sterling described the urgent need for someone to catalog all the forms of media humanity has created and then allowed to die off, documenting their successes, failures, and all the elements—cultural, political, financial, and technological—that may have contributed to their demise. This project would not only provide an important historical record, but crucially, would help technologists of the present and future to avoid the many mistakes of the past. Every medium in use today will surely be superseded or replaced someday—yes, even SSDs, flash drives, and the like. Perhaps paper books will still be around long after DVDs are no more than a faint memory; perhaps blogs and other websites will survive for decades or centuries. But sooner or later, the world will move on to new ways of communicating. It always does.

Sterling proposed, specifically, that someone undertake the task of writing what he called The Handbook of Dead Media—as he put it, “A naturalist’s field guide for the communications paleontologist.” And as a tiny incentive, he offered a crisp, new $50 bill to the first person or group to produce such a book. He even offered his own notes on the subject for anyone to use freely, and started an email discussion list and website called the Dead Media Project where members of the public could contribute their own information about dead media. All this data was there for the taking, royalty-free, for anyone willing to sit down and do the research, track down all the relevant facts and images, and produce a nice coffee-table book that could be used as a reference for people like Sterling, who imagine future technologies for a living.

What Don’t You Know?

As Sterling admitted, such a project is full of ambiguities. What counts as media, anyway? Does it include, for example, delivery mechanisms such as carrier pigeons, pneumatic tubes, or the telegraph? Does it include ephemeral means of communication, such as Native American smoke signals? What about media production devices, such as unusual typewriter designs? Or particular methods of encoding information—say, obsolete computer file formats? For that matter, what does it really mean for media to be dead? Are there degrees of deadness? If media can still be recovered somehow, does it make the cut? If a few scattered hobbyists actively use a medium that’s otherwise dead, should it be included? If the Vatican uses smoke signals to indicate the selection of a new pope, does it mean that medium is still alive? The questions, to which there are no definitive answers, go on and on. One could spend months simply trying to define the scope of the project.

Now, over 20 years later, The Handbook of Dead Media still does not exist—although Garnet Hertz’s 2009 A Collection of Many Problems (In Memory of the Dead Media Handbook) was a vigorous nod in the right direction. The Dead Media Project itself is, if not dead, barely kicking—the website hasn’t been actively maintained since mid-2001, and the mailing list no longer functions. Other programs and websites devoted to the preservation of old media, especially early audio recordings, are in operation, but as yet, I’ve seen no signs that anything approaching the scope of Sterling’s manifesto is even in the works.

Needless to say, I myself find this project enormously interesting and inspiring—linguistically, historically, and technologically. Compiling The Handbook of Dead Media would be right up my alley, a project I could really sink my teeth into. And if I ever become independently wealthy with absolutely nothing to do for a year or two, I’ll get right on it. The problem, of course, is that there’s almost certainly not enough money in such a book to reimburse an author for the time required to research and write it. That, like the death of media, is a great pity.

Speaking of death and books… I wrote a book called Take Control of Your Digital Legacy, which is all about ensuring that your digital data outlives you. The premise is that, just as you may have a will that details what should happen to your physical possessions and money after you die, you should take analogous steps to make sure that your files, email, photos, social media posts, and other digital data are handled however you want them to be; if you don’t decide on that now, your heirs are almost certain to make different decisions. Among many other topics in the book, I talk about the tendency of media to become obsolete (including media on which you might want to commit your data to posterity, such as hard drives and flash drives), and I offer suggestions for steps you can take to improve the odds of indefinite media availability.

Note: This is an updated version of an article that originally appeared on Interesting Thing of the Day on April 19, 2005.