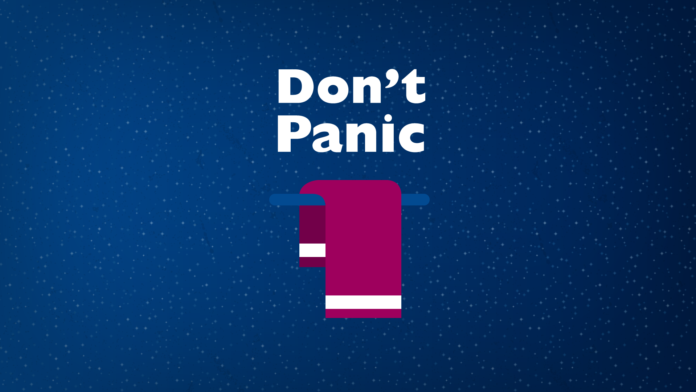 Douglas Adams, the legendary author of the Hitchhiker’s Guide to the Galaxy and Dirk Gently novels, died suddenly on May 11, 2001. Two weeks later, fans inaugurated Towel Day in his memory, and it has been celebrated every year since then on May 25. One celebrates Towel Day, of course, by carrying around a towel. If you’re unclear about what towels have to do with Douglas Adams, the short version of the story is that, according to The Hitchhiker’s Guide to the Galaxy, a towel “is about the most massively useful thing an interstellar hitchhiker can have,” with an endless array of practical uses. So if you’re planning to make your way across the galaxy (or even the city), you should always know where your towel is.

May 25 is also Geek Pride Day, which is of course entirely compatible with being a Douglas Adams fan. Although it’s unclear why this date was chosen for that purpose, it can hardly be a coincidence that Star Wars—I mean, the original Star Wars movie, which later became known as Star Wars Episode IV: A New Hope—was released on May 25, 1977. If you’re going to be carrying a towel around anyway, no one is likely to question that you’re also carrying a lightsaber.