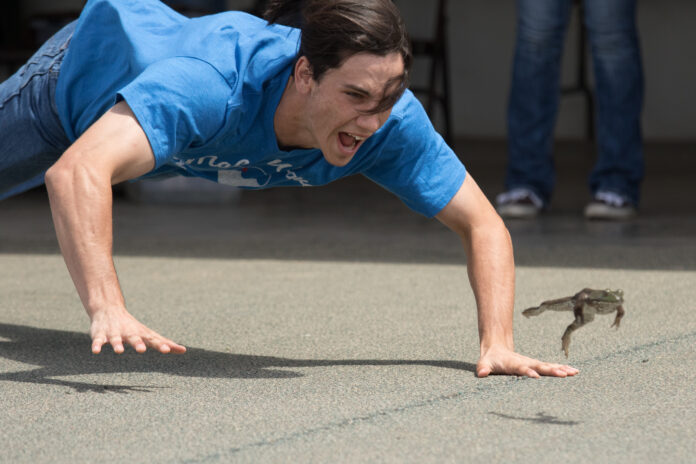 In 1865, Mark Twain published a story called “The Celebrated Jumping Frog of Calaveras County” (originally called “Jim Smiley and His Jumping Frog” and also published as “The Notorious Jumping Frog of Calaveras County”). In fact, that story was largely responsible for propelling Twain to celebrity. Although the story is fictional, Calaveras County is a real place in Northern California. And, every year since 1928, the town has traded on the fame of Twain’s story by holding a Jumping Frog Jubilee. It’s a pretty big deal, and winners of the annual frog jumping contest—by which I’m referring to the humans, not the frogs they enter—get hefty cash prizes. Frog jumping competitions are also held in various other cities in North America on the second weekend of May.