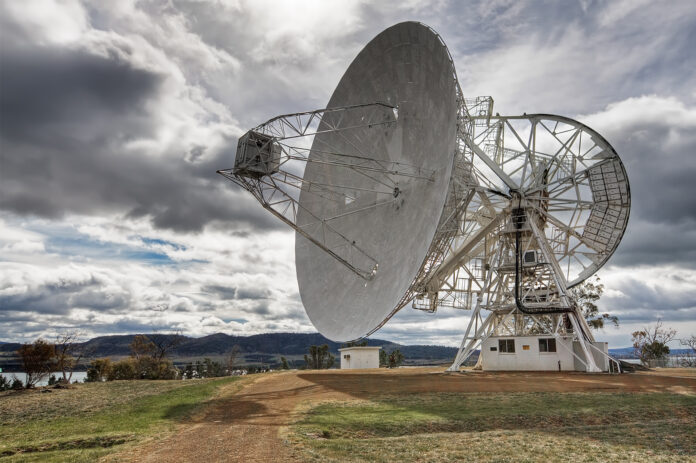 As a card-carrying, Star Trek-watching computer geek, I have naturally known about a project called SETI, the Search for Extraterrestrial Intelligence, for as long as I can remember. I’ve noticed countless SETI references in movies, TV shows, books, newspapers, and magazines. It’s old news, one of those things everyone has at least a basic understanding of, however little knowledge they may have of the specifics, right? Well, as my wife pointed out to me, SETI is the type of thing that simply wouldn’t impinge on the awareness of a great many intelligent, educated people, having been automatically and unconsciously filtered out by the same sort of mechanism that keeps us all from being overwhelmed by the tragedies of the daily news. And yet, whatever opinions you may have (or come to have) about this rather controversial project, I think it’s something fascinating enough—for so many reasons—that it should be part of everyone’s cultural lexicon.

A Needle in a Galaxy of Haystacks

First, the short version. SETI is a cooperative effort by a great many astronomers, engineers, mathematicians, and other scientists to find evidence of the existence of intelligent life in outer space. Their best-known tactic is using powerful radio telescopes, pointed at very specific regions of space, to listen for any radio signal that stands out from all the background noise and exhibits non-random patterns that may suggest an intelligent source. They’ve been at this for decades, and as yet have found no reliable evidence of what they’re looking for. But then, space, as Douglas Adams pointed out, is really big. If there is anyone out there, it’s bound to take some time to find them.

But isn’t that whole belief-in-aliens thing beneath the dignity of respectable scientists? What would drive people to spend their careers—and millions of dollars—on such a quixotic project? The why and how constitute a longer story.

The idea for SETI goes back to the early 1960s, when an astronomer named Frank Drake devised a mathematical way to estimate how many other intelligent civilizations there may be in our galaxy with whom we could conceivably communicate. The Drake Equation basically says that if you take the number of stars in the galaxy (hundreds of billions) and estimate the fraction of those that could have a planet circling them with the conditions necessary to support life, the fraction of those on which intelligent life could plausibly exist, and the average amount of time a civilization could expect to survive, then you can predict the likely number of intelligent alien races we might actually be able to encounter. And that number is…heavily disputed. Because all the variables that comprise the Drake Equation are ultimately based on educated guesses, different people have calculated wildly different results. Initial estimates ranged from as low as 20 to as high as 50,000,000; more recent guesses put the maximum closer to 16 million. Still other scientists say the predicted number is far smaller than 1, despite the fact that we have at least anecdotal evidence of one somewhat intelligent civilization—namely, our own.

The privately funded, non-profit SETI Institute, founded in 1984, favors the more optimistic estimates. And Drake, by the way, who conducted the first SETI-like experiments in 1960, was chairman of the Institute’s Board of Trustees from 1984–2003 and currently serves as the director of SETI’s Carl Sagan Center for the Study of Life in the Universe.

Needless to say, even if there are thousands of other planets inhabited by intelligent beings, they’re inconveniently far away, so going to visit them is pretty much out of the question. We could, however, at least discover whether they exist in various ways, such as listening for their radio broadcasts. Actually decoding or understanding an alien broadcast is entirely outside the scope of SETI; the point is simply to search for signals that could only have been generated artificially. To do this, astronomers use gigantic radio telescopes, such as the Arecibo Observatory in Puerto Rico, to scan millions of frequencies coming from the vicinity of some of the stars deemed most likely to support planets with life. All this data is crunched by computers—a truly gargantuan task, given the amount of data being gathered. So thanks to a project sponsored by the University of California, Berkeley, the general public can participate in the SETI program. Millions of ordinary home and office computers around the world run free software as part of the SETI@home project to help process data from the radio telescopes during the spare cycles when the computers are not being used to do ordinary work.

Can You Hear Me Now?

Of course, there are some difficulties with the whole notion of listening for radio broadcasts from space. What if an intelligent civilization doesn’t happen to use radio broadcasts? Or what if they do, but the broadcasts are just not powerful enough to reach us? As even the SETI Institute admits, if another planet many light-years away pointed radio telescopes at Earth similar to the ones we’re pointing at them, they’d probably pick up nothing—with only a few exceptions, the strongest radio signals generated on our planet are far too weak to be sorted out from background noise over that sort of distance. So what SETI is really listening for right now is signals far more powerful than we ourselves could generate—or, and this is a long shot to say the least—a directional signal aimed straight at Earth. In the future, the SETI Institute hopes to make use of receivers that are far more sensitive and thus, perhaps, capable of detecting fainter signals. (More recently, the Institute has also begun looking for optical signals in the form of brief flashes of light.)

Meanwhile, some scientists are highly critical of SETI on the grounds that it isn’t science in the strictest sense of the term. The scientific method requires that one form a hypothesis, make predictions based on that hypothesis, and then conduct tests to see whether the predictions are true or false, providing support or counterevidence for the hypothesis. But the hypothesis that there is intelligent life in outer space is not falsifiable—it can’t be disproved, even in theory. If SETI operated for centuries, it would only be able to listen to the tiniest portion of the observable universe, and even then, a lack of evidence would not be the same as proof of the nonexistence of intelligent life beyond our planet.

Given such a slim hope of success, why does anyone bother? For the same reason people play the lottery—the odds may be terrible, but the reward, if you happen to hit the jackpot, is huge.

If we do find out that we’re not alone in the universe, that’s bound to make a lot of people very unhappy. But some of us would be relieved to know there’s intelligent life somewhere.

Note: This is an updated version of an article that originally appeared on Interesting Thing of the Day on April 20, 2005.