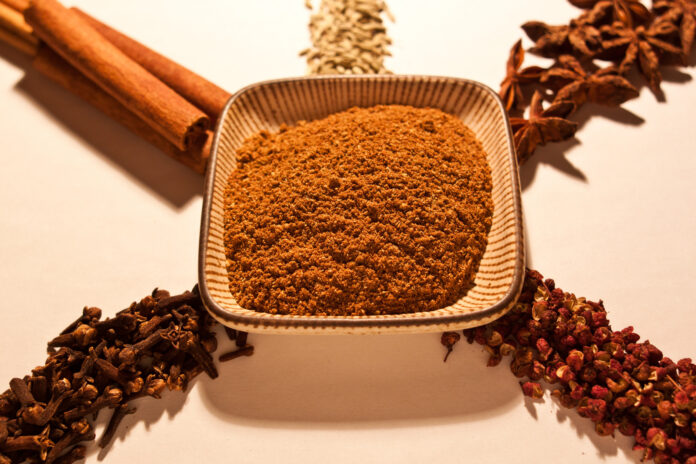 Whenever I make a stir fry, Chinese Five Spice is one of my go-to seasonings. It’s the combination of spices used for Peking Duck, but it also appears in meat dishes, soups, and other contexts. That in itself is, I admit, not terribly interesting.

But one day I glanced at the ingredients on a bottle of Chinese Five Spice in my spice rack and was confused to see that it contained not five, but six spices. When I tried to figure out which was the rogue sixth spice, I ran into some trouble, because in fact there are several different “traditional” mixtures known as Chinese Five Spice, and numerous recipes also include optional ingredients. In fact, the only ingredients I found in every variant are cinnamon and cloves.

Upon further investigation, I noticed that recipes for homemade Chinese Five Spice (such as those found at China Sichuan Food, The Epicentre, High Five, and Kitchn) consistently include exactly the same five ingredients (which are usually combined in equal quantities):

On the other hand, commercial, bottled Chinese Five Spice invariably omits the Sichuan pepper and adds anise seed. For example:

By the way, because I know you were wondering, anise (Pimpinella anisum) and star anise (Illicium verum) aren’t even in the same genus—they’re entirely different plants that just happen to share a licorice-like flavor.