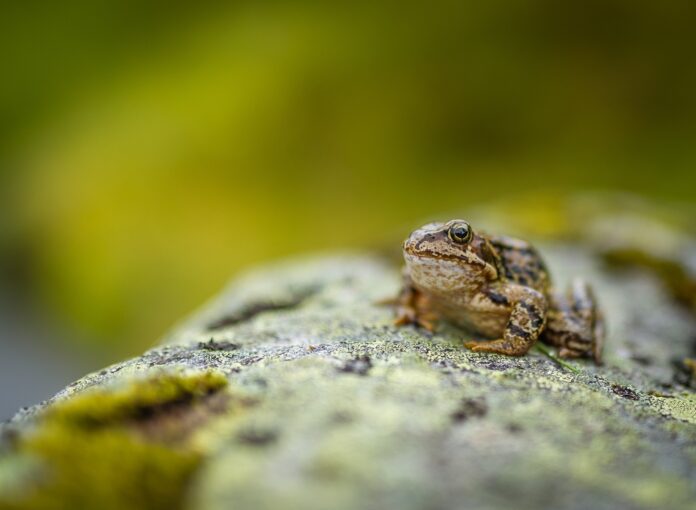 On the theme of coming back to life, allow me to present the humble wood frog. Unlike their tiny relatives, poison dart frogs (which enjoy tropical climates), wood frogs prefer the cold: they live in the northeast corner of the United States, Canada, and Alaska—even into the Arctic Circle.

In such an environment, hibernating in a nest of leaves is not enough to keep their bodies from freezing in winter. For most other animals, freezing equals death, because the formation of ice crystals causes cells to dehydrate and die. But when the wood frog hibernates in freezing weather, it’s only mostly dead. I mean, yes, it stops breathing and its heart stops beating. But the wood frog’s body produces large amounts of glucose, which acts as an antifreeze—keeping water liquid in the cells. So ice forms only in the spaces between the cells.

As a result, a wood frog can remain frozen at 0°F (–18°C) for as long as seven months. When the weather turns warm, it thaws out, the heartbeat and breathing resume, and the frog hops along on its merry way. That doesn’t make the frog immortal; its lifespan is still only four to six years. But that’s still a pretty cool trick. (Read more about this phenomenon in In Alaska, wood frogs freeze for seven months, thaw and hop away by Deborah Netburn in the Los Angeles Times.)