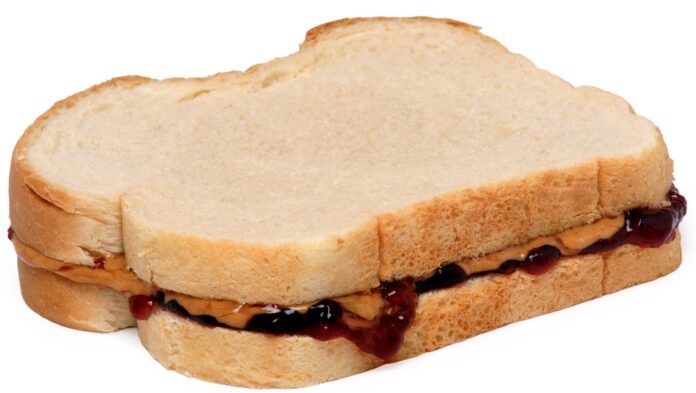 The first recipe for peanut butter and jelly sandwiches appeared in the Boston Cooking School Magazine of Culinary Science and Domestic Economics in 1901, but it took their inclusion on the U.S. Military ration menus in World War II to make this popular combination take off. With the invention of pre-sliced bread by Otto Frederick Rohwedder in the early 1900s, even children could easily prepare it for themselves, using peanut butter (first introduced at the 1893 Chicago World Fair) and Grapelade, a type of Concord grape jelly patented by Paul Welch in 1917. Put them all together—bread, peanut butter, and jelly—and this perennial lunchbox staple is still a favorite with kids (and grown-up kids).