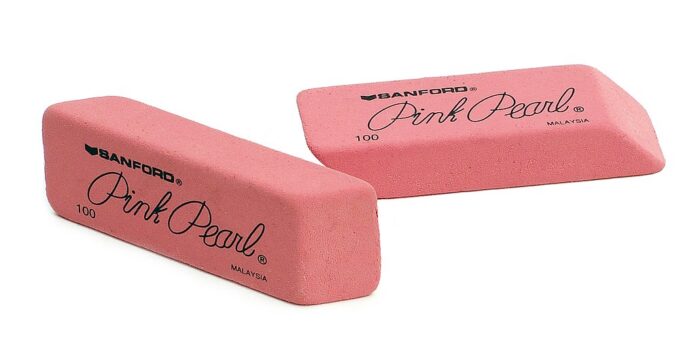 I was going to be snarky and talk about how silly it is to celebrate something as banal as the rubber eraser. But when I looked into it, I was surprised to discover that there is in fact an interesting story.

April 15 is the date, in 1770, when Joseph Priestley (most famous for discovering oxygen) wrote about having seen a substance that removed pencil marks. Contrary to what many sources say, Priestley himself did not invent the eraser; that honor goes to an English engineer named Edward Nairne. At that time, moist bread was typically used to remove unwanted pencil marks, but one day Nairne accidentally picked up a piece of rubber—or, as it was known at the time, gum elastic—instead of bread, and he was so impressed at its effectiveness at this task that he developed and sold the first rubber erasers commercially. (Priestley did, however, help to publicize the new invention’s existence.)

Indeed, this new object quickly became known as a rubber because that was its purpose—it was a thing that rubbed. In most parts of the English-speaking world, that’s still what rubber erasers are called, but in North America, an entirely different object typically comes to mind when one hears the word “rubber.” In any case, the material we now call rubber is so named because of its association with erasers. Wacky.