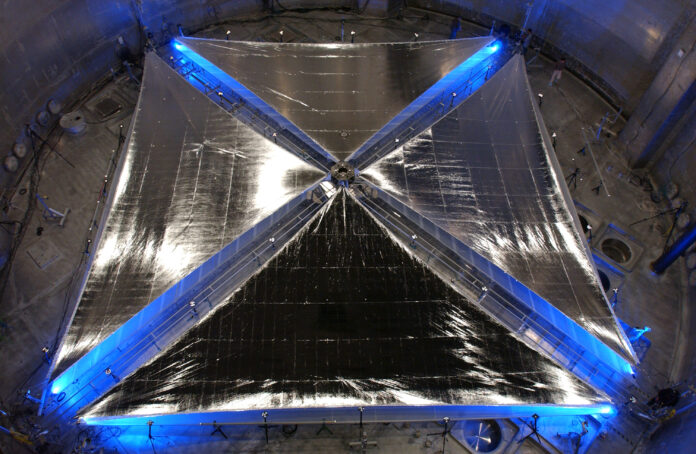 If you wanted to cross the ocean by ship, you’d probably choose an engine-driven vessel over a sail-driven vessel. The engine will get you where you’re going faster; it enables the ship to be much larger than it could be if it were driven by a sail; and it requires much less manual intervention to keep it going. Besides, you won’t be at the mercy of unpredictable winds. In oceangoing vessels, the technological progression from sails to internal-combustion engines solved a great many problems while creating only a few new ones, such as the need to obtain and store significant quantities of fuel and the pollution that results from burning that fuel. Of course, since the planet is conveniently spherical, you’re always a finite distance from the nearest port where you can fill up. If, on the other hand, you wanted to circumnavigate the globe without stopping for fuel, sails would be the way to go. The trip would take longer and the ship would be smaller, but you’d never have to worry about running out of gas.

This is the very thinking behind an ostensibly retro design for spacecraft: by ditching the fuel and engines you can enable much longer journeys, albeit with some trade-offs. Outfit your ship with a giant sheet of lightweight and highly reflective material, and you’ve got a solar sail, a propulsion system that can take you to the distant reaches of the galaxy without any fuel—pushing you along with the gentle power of light from the sun.

Solar sails are by no means a new idea. In fact, German astronomer Johannes Kepler floated the idea by Galileo in 1610. Kepler imagined “heavenly breezes,” though, and had no concept of the scientific principles that would actually come into play. In 1871, James Clerk Maxwell, a Scottish physicist, predicted that electromagnetic radiation (including light) should exert a small amount of pressure when an object absorbs or reflects it; Russian physicist Peter Lebedev first demonstrated the effect in a laboratory in 1900.

A little more than 20 years later, another Russian physicist named Fridrikh Tsander proposed using this radiation pressure to push a spacecraft along using a large but very thin mirror. In the early 1970s, NASA funded research into solar sails, and for a while proposed that they be used to propel a probe that would rendezvous with Halley’s Comet in 1986 (though the necessary technology turned out to be unavailable at the time). Today, NASA and numerous other groups are actively developing solar sail designs, and several spacecraft powered by solar sails have already been deployed.

The whole idea of light exerting pressure seems counterintuitive. I’ve personally stood in front of some very bright spotlights without so much as a wobble. And I know from my rudimentary understanding of physics that photons, the particles that make up light, have no mass. Nevertheless, under the right circumstances, light can indeed provide a push. The math, frankly, is beyond me, but according to scientists who seem to know what they’re talking about and can back it up with impressive-looking equations, photons do indeed exert a gentle pressure on objects they hit—and the pressure is roughly twice as great if the object reflects the light than if it absorbs the light, so solar sails would effectively be giant mirrors. But the key word here is gentle. I’ve read various analogies for the strength of the sun’s push, but one I particularly liked, on a NASA webpage, said that if you had a mirror the size of a football field, the pressure of the sun’s light would be about the same as the weight of a first-class letter.

In space, a small amount of pressure goes much further, because other factors such as gravity, air friction, and wind don’t get in the way. Even so, if a solar sail is going to push a spacecraft of any significant mass, it must be enormous. And therein lies a problem: with greater size comes greater mass—not so much from the sail itself but from the support structure that’s needed to keep it rigid and connect it to craft’s payload. The greater the mass to be pushed, the greater the size of the sail that’s needed, and so on. Thus, in solar sail design, thinner and lighter materials are almost always better. Sail thickness is measured in micrometres (µm)—millionths of a meter—with some being as thin as 2 µm. (By comparison, the average human hair is about 80 µm thick.) This brings up a second problem: fragility. You’ve got to fold or roll up a huge sheet of material that’s a zillionth of an inch thick, get it into space, and then unfurl it perfectly—without ripping or mutilating it, and without creating a support structure so massive that it’ll cancel out the sail’s low mass. One promising material is a type of porous carbon fiber that’s much thicker than the polymer films most researchers have used, and yet lighter in weight because of its unusual structure; it’s also highly rigid, durable, and heat-resistant.

Still More Uses for the Force

Proposed solar sail designs have used a wide variety of shapes, from simple squares to disks to pinwheels. As with wind sails, you can change the angle of a solar sail in order to steer the craft; designs that incorporate numerous smaller sails provide greater directional control. But one thing you will not see is a solar sail shaped like a parachute—since light travels in straight lines, that would make for a highly inefficient design. Interestingly, that’s exactly the shape of a certain fictional solar sail—the one used by Count Dooku’s spaceship in Star Wars: Episode II—Attack of the Clones.

Besides having an inappropriately shaped sail, that ship somehow managed to zip across the galaxy at a startling speed as soon as the sail unfurled. Real solar sails, because they generate so little force, accelerate quite slowly. On the other hand—and this is what makes them an intriguing option for long-term missions—the velocity continues to increase over time, there being no friction to counteract it. The result is that over a period of months or years, a craft powered by a solar sail could reach speeds far in excess of any rocket-powered design. However, as the craft gets farther and farther away from the sun, the radiation pressure also decreases, so it’s not as though the rate of acceleration can continue to increase indefinitely. Even so, a vehicle with a very lightweight solar sail could reach the orbit of Pluto in about 7 years. (The Pioneer 10 probe, launched in 1972, took 11 years to reach that point.)

After many years of ground-based and suborbital testing, as well as a few noteworthy failures, an interplanetary solar sail spacecraft (Japan’s IKAROS probe) was first successfully deployed in 2010. NASA launched the NanoSail-D2 later in 2010. And The Planetary Society launched and successfully tested a small solar sail-powered spacecraft called LightSail 1 in 2015; LightSail 2 is scheduled to launch in June, 2019. Numerous other solar sail projects are in various stages of planning.

Among the future missions envisioned for spacecraft propelled by solar sails are probes sent to explore the inner planets, monitoring stations near the sun, and deep-space exploration. Some proposals even use a giant laser here on Earth, instead of the sun, to push the craft along. Manned missions, however, are a much more distant possibility; a spaceship big enough to hold passengers would require an unfathomably gargantuan sail, and the slow acceleration would be rather inconvenient considering human lifespans. But if we ever encounter a ship sent a long time ago from a galaxy far, far away, it may very well have been carried along by a solar sail.

Note: This is an updated version of an article that originally appeared on Interesting Thing of the Day on June 19, 2006.