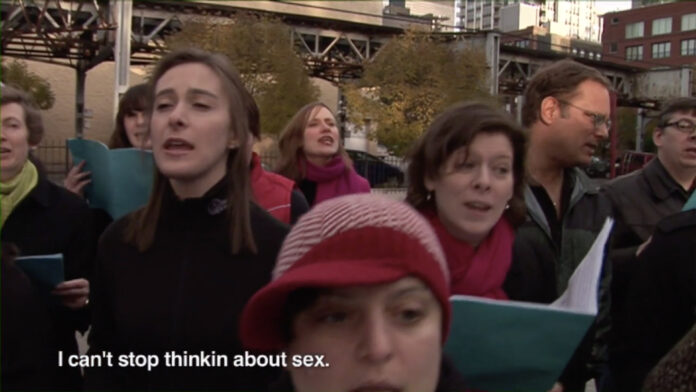 My cat likes to walk on the dining room table. I have too many work deadlines. My favorite TV show was cancelled. Motorcycles make too much noise driving down my street.

It’s not hard to come up with things to complain about, but who wants to listen to someone else complain? The surprising answer: just about everyone, as long as the complaints are set to music and delivered in four-part harmony by a choral ensemble. Musical groups called complaints choirs have sprung up all over the world, drawing sell-out crowds (and internet fans by the hundreds of thousands).

Let’s Give ‘Em Something to Complain About

The idea was the brainchild of a Finnish couple, performance artists Tellervo Kelleinen and Oliver Kochta Kalleinen. They were discussing the Finnish term Valituskuoro, which literally means “complaints choir” but refers to a situation in which numerous people are complaining about something at the same time. Tellervo and Oliver thought it would be interesting to make an actual choir of complainers. They circulated flyers and posters in Birmingham, England in 2005 and soon got together a small but enthusiastic group of participants. Each one contributed some random complaints, the list was set to music, and the resulting performance was an instant hit (both in Birmingham and around the world, thanks to YouTube).

The couple proceeded to organize similar choirs in numerous other cities, including Helsinki, St. Petersburg, Jerusalem, and Melbourne. In each locale, group participants create their own litany of complaints in their local language and with a unique vocal arrangement. Some complaints choirs are quite theatrical, while others stick to traditional choral performances in black gowns and suits. But the end result is invariably funny.

What do these musical complainers complain about? Anything and everything, ranging from the trivial to the profound. In fact, it’s the very randomness of the complaints that often makes the performances so funny. You can see a terrific compilation on Vimeo, and loads of individual examples on YouTube. A few examples…

If You’re Going to Complain, At Least Do It in Tune

The choirs organized so far have ranged in size from fewer than a dozen to nearly 100 members. In some cities the singers are all experienced and the compositions are top-notch. But in most cases, participants aren’t turned away for being tone-deaf as long as they have something to complain about. The Penn State group, for example, seemed to have an interesting concept but was just too painful for me to listen to. And worst of all, the interest in complaints choirs seems to have died down in the last few years. But hey, if I ever decide to start my own complaints choir, that’ll be the perfect thing to complain about.

Note: This is an updated version of an article that originally appeared on Interesting Thing of the Day on January 14, 2008.