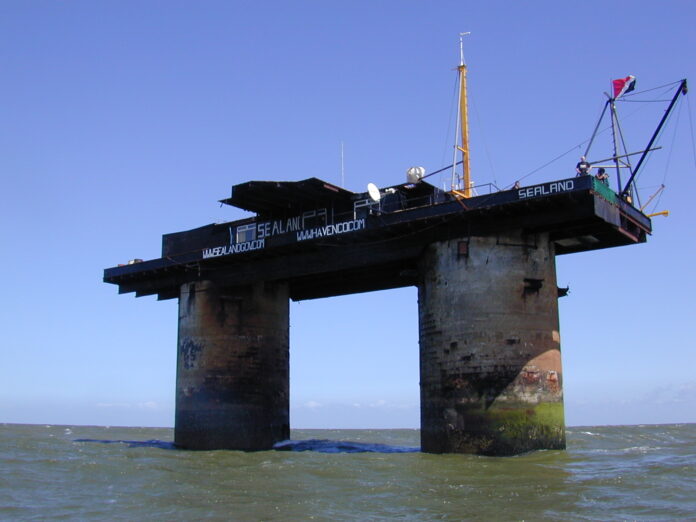 Although my friends and acquaintances have a wide range of political leanings and opinions, I’ve never met anyone who agrees with and supports every single government policy and regulation—in this country or any other. The very nature of democratic government makes this virtually impossible, and I think it’s fair to say that every legislator could produce a long list of things they might wish to be different. We all accept certain laws and taxes in exchange for the considerable benefits government provides in the way of economic structures, a justice system, education, public works, national security, and so on. For most of us, that’s a reasonable trade.

But what if you could tailor a government to your exact specifications? Exercise strict control over the currency, imports and exports, immigration policies, defense programs, foreign relations, and everything else? What if you could tailor laws to support those things you care about most and disallow the things you’re against? What if, in fact, you had your very own country, in which you—along with, perhaps, your family, friends, or business associates—ran the whole place from top to bottom?

Numerous individuals and groups have attempted to do just that: start their own tiny countries. None of the attempts to do so in the past century has resulted in an entity that’s actually recognized as a country by the world’s other sovereign nations. But a number of so-called micronations around the world are run as though they’re autonomous nations, their residents and leaders holding onto a faint hope that one day they may finally be legitimate members of the international community. In many cases, they even issue stamps, coins, and passports, and have a national anthem. Wikipedia lists over 80 former and current micronations. There’s also a book called How To Start Your Own Country by Erwin S. Strauss, which delves into many of the issues you’d have to deal with if you decided to try.

The first problem you’ll notice if you’re contemplating starting your own country is that all the world’s land is already spoken for. There’s no unclaimed territory left, and for this very reason, existing countries tend to be extremely protective of their real estate. So you could declare your apartment, farm, or private island to be an autonomous territory (as others have in fact done), but seceding isn’t that easy. If the jurisdiction from which you’re trying to separate doesn’t change its laws to accommodate you—and crucially, if it has more guns and soldiers than you do—you’re pretty much out of luck. A few groups have attempted to create land for their micronations by building artificial islands of one kind or another or by declaring a ship floating in international waters to be their territory. Apart from the logistical and financial issues of such an approach, there’s still that pesky problem that if no other nation recognizes your new entity to be a country, then for all practical purposes, it isn’t.

Those details aside, you’ve got to convince enough people to inhabit your country to make it viable. You’ll need a government and security forces, naturally, but also some means of providing all the goods your population will need. If your nation can’t produce enough food, clothing, transportation, and so forth from its own resources, you’ll need to import it—and to do that, you’ll have to have a source of income. Income could, of course, come from exported goods and services, but you’ll still need resources of some sort and a reasonably large labor pool. Oh, and unless you want your citizens to go abroad for their schooling and medical care, you’d better have a well-thought-out educational system and at least one hospital. Add to that courts to punish crimes and resolve disputes; infrastructure for electricity, water distribution, waste processing, and communications; and a transportation system, just to name a few of the many obvious features your nation will require, and you can begin to see why more people don’t start their own countries.

And yet, despite all these complications and many more, a few micronations have managed to survive for decades without being invaded and shut down by another country. Here are a few prominent examples:

Not in My Ocean

Other attempts, though, have been less successful. Such was the case with a micronation called the Republic of Minerva. In 1971, a Las Vegas millionaire named Michael Oliver decided to create his own island by dumping barges full of sand onto a shallow reef in the Pacific Ocean, not far from Fiji. The newly formed Republic of Minerva declared independence in letters sent to all the nearby nations, which soon gathered to sort out what they thought about suddenly having a new neighbor. The result of that meeting was a small military force sent by Tonga to evict the Minervans. Tonga annexed the new island, but now it’s apparently fully submerged, so its status as a micronation is entirely moot.

But not all micronations are truly attempts to create geographically distinct, sovereign countries. Many people have declared some piece of land to be a micronation for comedic or artistic reasons, as a form of political protest, or to generate publicity—without ever truly intending to make it a permanent, sovereign nation. And some micronations (such as Wirtland) have no territory at all, but exist only on the internet; some of these serve as virtual real estate in role-playing games, while others are themselves simulations of real societies in some fashion or another. Real or virtual, micronations feed that common but quixotic urge to make and live by one’s own rules. One of them might eventually succeed, but sooner or later, a citizen of even the most idyllic micronation is bound to feel that something better can be created. Nanonations can’t be far behind.

Note: This is an updated version of an article that originally appeared on Interesting Thing of the Day on September 20, 2006.