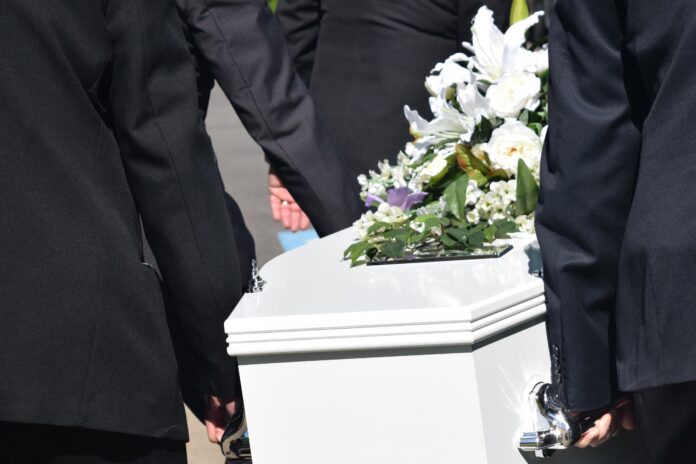 When my mother returned from a vacation to Florida with her sister several years ago, I called to ask how it went. “Oh, we had the best time!” she said. “We spent most of the trip planning our funerals. It was hilarious!” Well, that wasn’t quite what I was expecting to hear. On previous vacations my mom has gone on cruises, and even tried parasailing, and I thought I had a pretty good idea of what activities she considered fun. Funeral planning was a bit of a surprise. It’s not that she’s ill or expecting to die soon. But, as she put it, “If you want something done right, you have to do it yourself.”

I’ve seen some of those late-night commercials trying to sell funeral insurance, with the idea being that you can save your grieving loved ones the considerable expense associated with funerals and burial. But that wasn’t what my mother had in mind at all. (In fact, she made a point of saying that since she’d relieved the family of the burden of funeral planning, the least we could do is pay for it!) Rather, she’d gone to some local funeral parlors and asked them for pre-planning forms she could fill out, detailing her background and family contact information, and specifying her wishes for things like burial versus cremation, type of casket, a minister to preside over the ceremony, and so on.

What made this all so funny? For starters, these forms—which, mind you, are intended to be filled out by the person on whose behalf the services will be performed—often begin by asking you to list your survivors. That whole idea gave Mom and Aunt Ruth the giggles—how would they know, now, who will survive them? But even though you may have to leave a few sections blank, planning your own funeral gives you the chance to approach the details of how your death will be observed with a rare mixture of detachment and subjectivity. In other words, while you’re alive and healthy, you can have fun with the activity in a way that your bereaved loved ones, under the stress of the moment, never could.

Most pre-planning forms ask for basic things like whether you’d prefer a religious, secular, or military funeral. But you can get as detailed as you’d like. List the music you want to have played or sung. What kinds of flowers you want, if any. Scripture passages, poems, or other readings you’d like to have presented. Names of potential pallbearers. And even details about what clothes or jewelry you’ll be wearing while lying in that casket, whether you’ll have your glasses on, and what items should be added or removed before the casket goes in the ground. (My dad always joked that he wanted to be buried with a plate of spare ribs. I’m sorry to say the family didn’t oblige. On the other hand, my mom, whose first name is Grace, has insisted in writing that the song “Amazing Grace” not be sung at her funeral under any circumstances. I feel pretty certain that wish will be honored.)

Although it has always been possible to state your own funeral preferences, either in a will or elsewhere, the trend of doing more involved funeral planning for oneself seems to be picking up steam. The topic is covered in various books and websites, and of course most funeral directors can supply you with brochures, forms, and other information about their particular services. But for some people, merely planning out a memorial service is not enough. Among the other things you can now arrange are the following:

One step my mother has not yet taken—but plans to—is writing her own obituary. She wants to make sure it hits all the most interesting and important highlights. Unfortunately, you can’t control everything that will happen after your death. Maybe it’ll rain the day you’re buried; maybe the cat will knock over your urn of ashes; maybe your eulogy will have irritating grammatical errors. These things happen. You may not get the very last laugh, but you can at least make the Reaper a bit less grim.

A final tip, if I may. Even the most thorough will or funeral plan may omit details about what should happen to your digital assets when you die—all your photos, email, social media accounts, files, backups, and so on. I deal with all of the above in my book Take Control of Your Digital Legacy, and as a reader of Interesting Thing of the Day you can get it for 30% off. Enjoy!

Note: This is an updated version of an article that originally appeared on Interesting Thing of the Day on August 13, 2007.