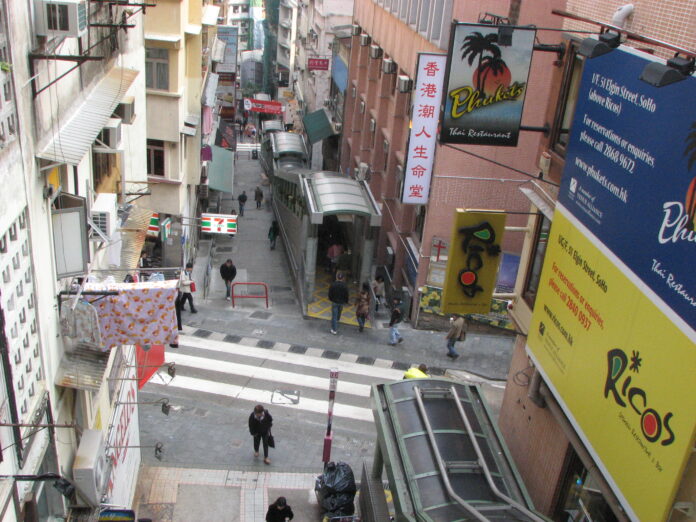 I have very fond memories of my first (and only, so far) visit to Hong Kong in 2007. I was extremely impressed by the architecture and scenery, and by the vibrant street life on display throughout its many neighborhoods. As a first-time visitor, I also appreciated how easy it was to navigate, and how technology was used to solve problems in novel ways.

I first got a sense of this when I passed through Immigration, and had my body temperature scanned remotely to see if I was running a fever (important for a region that was then dealing with avian flu). I was further impressed with Hong Kong’s technological prowess when I discovered I could purchase a stored-value transit pass, called an Octopus card, which I could not only use on trains, buses, and trams, but could also use to buy snacks from a convenience store or food from certain restaurants. I found out later that locals can also buy rings, watches, and even cell phones that contain the Octopus chip, enabling them to simply wave their hands (or phones) over the special card readers to make a purchase. That may all sound unimpressive nowadays, but it was pretty advanced for 2007, to say nothing of 1997, when it was introduced.

While all these things are wonderful, my favorite piece of technology that makes life easier for visitors (and residents of course) is the Central–Mid-Levels Escalator. Stretching from the Central district of Hong Kong Island up to the heights of the Mid-Levels residential neighborhoods, the escalator is a godsend for footsore travelers.

The Central–Mid-Levels escalator system, which opened in 1993, consists of 18 escalators and three moving sidewalks, and measures 800 meters (1/2 mile) in length, making it the longest outdoor covered escalator in the world. It takes about 20 minutes to ride the escalators from the bottom to the top (or vice versa), but it takes less than that if you walk while they move, as most people do.

The escalators run from 6 A.M. to midnight, descending for the first 4 hours (bringing morning commuters down from upper levels), and then reversing direction around 10:00 A.M. to carry passengers up the hill. There are entrances and exits at each street it intersects, making it easy to stop at whichever level you choose.

Up, Up and Hooray

During the time we spent in Hong Kong, we rode the escalators almost every day, finding them an extremely useful way to get from our hotel midway up the slope of Victoria Peak to the center of activity downtown and back again. One of the things I enjoyed most about riding the escalators was the opportunity to peek at the activity taking place on either side, from apartment life on the upper levels to the bustling bars, restaurants, and stores on the levels closer to the center of the city.

While for many people who rode the escalators alongside us, it was just an ordinary commute to work, we found the journey to be a fascinating glimpse of urban life in Hong Kong. Not only that, but the ease, efficiency, and simplicity of the system made us, foreigners though we were, feel right at home.

Note: This is an updated version of an article that originally appeared on Interesting Thing of the Day on February 26, 2007.