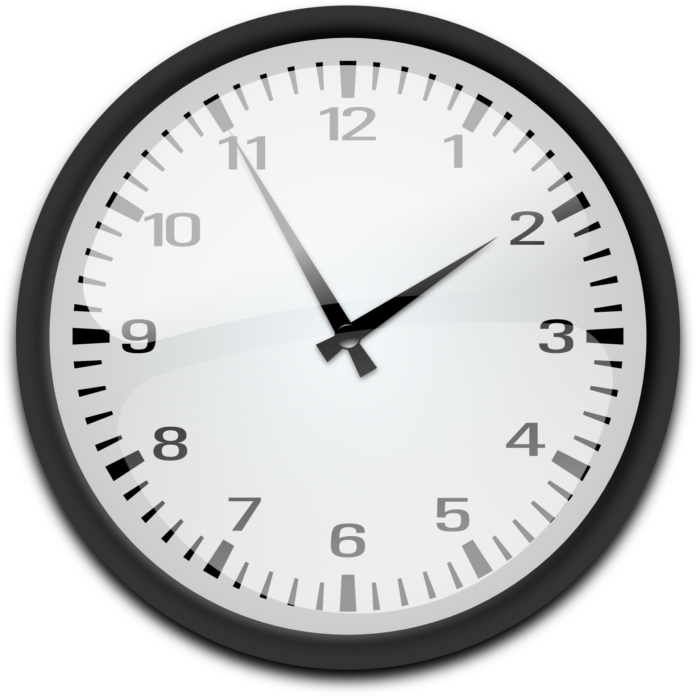 Author Douglas Adams famously made fun of earthlings for being “so amazingly primitive that they still think digital watches are a pretty neat idea.” Shortly before he died, Adams gave a talk at the University of California, Santa Barbara (not far from his home), at the end of which there was a brief question-and-answer session. A woman stood up and asked Adams the question that had been bothering her for decades: what did he have against digital watches? The crowd probably expected him to toss off a witty one-liner in response. Instead, he gave a very thoughtful answer that, in true Douglas Adams fashion, made ordinary human behavior seem self-evidently absurd.

After admitting that his comment had originally been written in the days when digital watches were themselves fairly primitive (and, ironically, required two hands to operate), Adams couched his complaint—appropriately—using an analogy. In the early days of personal computers, he said, people got very excited that their spreadsheet programs could finally create pie charts. This was considered a revolutionary advance, because as everyone knows, a pie chart visually represents a part-whole relationship in a way that is immediately obvious—a way that, to be more specific, mere columns of numbers did not. Well, the hands of an analog timepiece form wedges that look very much like a pie chart, and like a pie chart, they represent a sort of part-whole relationship in a way that requires a bare minimum of mental effort to comprehend. Not so digital timepieces, which for all their precision say nothing about the relationship of one time of day to another.

Although digital watches have their place and are in no danger of becoming extinct, analog models (and, more recently, analog faces on smartwatches) have enjoyed a surge in popularity in recent years, and I think that’s just marvelous. Now, I’ve always liked digital watches, for both aesthetic and practical reasons. But when I stopped to think about it, I realized that it is far less useful to know that it’s 10:13 than that it’s quarter past ten, and that when I read the time in a digital format, I nearly always have to perform an additional mental calculation to figure out what time it “really” is—that is, what that string of numbers actually means in terms of how much of the day has gone by or how much longer I can sleep before getting up to go to work.

Studies have shown alarmingly that many children today—and even a fair number of adults—cannot tell time using an analog clock or watch because they have only ever been exposed to digital timepieces. Presumably, someone whose only experience of timekeeping has been digital would not expend any extra mental effort figuring out how much of an hour had elapsed at 7:52—but then, such a person may have to think harder on other occasions, being unable to visually judge the “distance” between two times. Be that as it may, one clearly must be able at least to identify numbers and count in order to tell time with a digital watch, whereas even without knowing any numbers, someone can tell roughly what time of day it is using an analog watch.

Analog watch or clock faces—even the ones whose hands decisively click into well-defined positions rather than moving smoothly in a circle—convey a fuzzy or approximate sense of time at a casual glance. This is a good thing, not only for the sake of children’s education but because time itself is continuous, not an infinite series of discrete steps (unless you believe in quantized time, but even if you do, you must admit that human perception of time is continuous). Units like seconds, minutes, and hours are just a convenient, arbitrary fiction, after all—they don’t represent anything objectively real in the world. As linguist George Lakoff pointed out in his book Women, Fire, and Dangerous Things, we like to talk about time as though it were money—a thing that can be spent, saved, earned, or wasted—but this is all merely a conceit of language. Thus, to the extent that analog timepieces distance us less from reality than digital ones do, I’ve got to believe they help to keep us ever-so-slightly more human.

Some people have argued that analog watches, for all their merits, are still too complicated because they artificially divide the day into two arbitrary cycles; there are, unsurprisingly, 24-hour clocks and watches of various designs intended to address this limitation. When an hour hand goes around a dial just once per day, it’s easier to picture what it’s an analog of: namely, the rotation of the Earth (more or less). A sundial, needless to say, gives a representation of time that’s even closer cognitively to its source, but much less accurate (and inconveniently nonfunctional at night).

Nowadays, it’s possible to make analog timepieces every bit as accurate as digital models, and for those who dislike a ticking sound or prefer the no-moving-parts aesthetic, the aforementioned “analog” smartwatch faces (and similar designs on larger timepieces) should do the trick. In short, the analog clock is having its revenge by providing all the benefits of digital timepieces in a human-brain-friendly package. None of this is news; I could have written essentially the same thing decaedes ago. But it is exciting that we earthlings are somehow able to come to our senses and overcome these collective blips of faulty judgment. Let’s all keep up the good work.

Note: This is an updated version of an article that originally appeared on Interesting Thing of the Day on September 4, 2004.