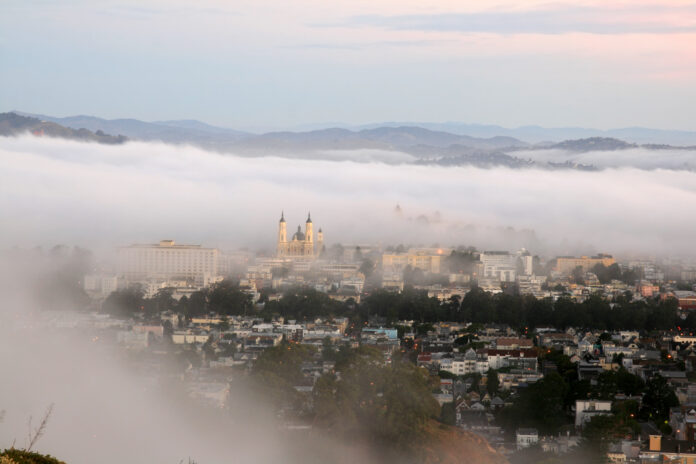 I have lived in many different parts of North America, but most of my time has been spent on the west coast, no more than a few miles from the ocean. There are many things to like about the west coast, but I’m especially fond of the weather. Each city has its specialty—San Diego is famous for sun, San Francisco for fog, and Vancouver for rain. But what this entire strip of land has in common is a relatively temperate climate year-round. Summers are rarely hot, and snow is almost unheard of. Some of my friends complain about the lack of seasonal variation, but not me. I figure, I can go and visit the snow or the sun for a week or two every year if I really miss it—and that’s enough for me.

Besides, we do have seasons, just not the same kinds of seasons as the rest of the continent. In San Francisco, for example, where I lived for quite a few years, the months of June through August are usually cool, especially near the ocean; the hottest month is October. Tourists invariably get this wrong, shivering in shorts in the summer and sweating in the fall. But the city’s generally mild climate has another interesting twist that makes it difficult for a resident to give a meaningful answer when someone from another part of the world asks me how the weather is.

San Francisco is not a large city. Located on the tip of a peninsula with the Pacific Ocean on the west and the San Francisco Bay on the east, the city is only about 7 miles (11.3km) square. The famously steep hills contribute to an illusion of greater size—as if what the city lacks in width, it makes up for in height. Although it is nicely compact, San Francisco is composed of numerous distinct neighborhoods that are often profoundly different from each other in terms of architecture, culture, ethnicity, and overall demographics. Chinatown, for example, is just steps away from North Beach (San Francisco’s version of Little Italy), yet the local vibes of the two areas could not be more different. But as you move around San Francisco, you may notice something even more striking than the varying neighborhoods: major shifts in weather. San Francisco is often held out as a textbook example of microclimates.

A microclimate is a weather pattern that’s localized in a small area and different in some significant way from the weather of nearby areas. The variation can be one of temperature, humidity, rainfall, wind, or any combination of these. For example, there are parts of San Francisco that barely see the sun all summer long; along the coast, especially, it’s frequently cold, foggy, and windy. In other parts of the city, though, fog is virtually unknown; it may be sunny and 10 or even 20 degrees hotter than spots just a mile or two away. In all, there are about 30 well-defined microclimate regions within the city, and even more when you travel slightly farther away. When I was living in San Francisco and commuting to work just south of the city, I often drove out of rain and into sunshine or vice versa, but nearly always found the southern parts of the peninsula much warmer than in San Francisco.

There are many reasons for microclimates, but they all boil down to three main causes: water, hills, and concrete. Large bodies of water affect the climate both by increasing the humidity and by stabilizing the temperature in the immediate area. But even small ponds or pools, in the right location, can have a noticeable effect on the climate. This is especially true if there are large hills nearby. Hills block wind and redirect air currents, holding in both moisture and pockets of cool air. (This is also why temperate rain forests are able to thrive even when the greater region in which they’re located is too dry.) The concept of “city heat,” too, is well known; large expanses of concrete and stone absorb heat in the day and release it at night, making the average temperature in a city warmer than in adjacent areas. All these factors in combination with the area’s patterns of topography and vegetation contribute to the formation of microclimates.

Although San Francisco’s microclimates are numerous and conspicuous, the phenomenon is by no means unique to that area—it occurs, to varying extents, just about everywhere there are hills, large bodies of water, or other topographical features that can influence temperature and humidity. Depending on your point of view, they can be a curiosity, an aggravation, or a blessing. Weather forecasts for San Francisco are often misleading if not meaningless, because there’s so much variation throughout the city. On the other hand, in some areas microclimates make it possible to grow certain plants that could not survive just a few blocks away. San Francisco’s microclimates don’t reach the extremes of seasonal variation in the northeast part of the country, so residents still have to drive or fly if they need a real season fix. But as long as they don’t feel the need to shovel snow or rake leaves, nearly any weather they could want is just minutes away.

Note: This is an updated version of an article that originally appeared on Interesting Thing of the Day on July 4, 2003, and again in a slightly revised form on June 22, 2004.