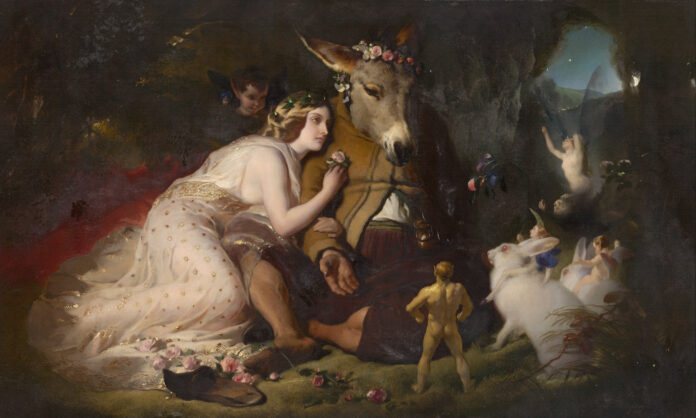 I’m going to let you in on a little secret. Unbeknownst to most of my friends and family, I’m really an action hero. Several times each month, I go on dangerous assignments to exotic locations, where I narrowly escape death, rescue the hostages, recover the stolen chip, round up the bad guys, and generally keep civilization safe from evil. Admirers call me “Indiana Joe.” Of course, it’s no big deal, thanks to my superpowers that enable me to dodge bullets, read minds, and fly off into the sunset. When I return from one of my adventures, I can almost hear the fanfare…no, wait, that’s my alarm clock. Sometimes I awake from one of my dreams uncertain of whether it really happened or not, and with a nagging sense that a vital piece of information has been lost—that the dream was trying to tell me something important. When I’ve needed to get to the bottom of a dream, I’ve often taken it to a dream group, a small circle of friends that meets monthly for a unique kind of dream analysis.

The Woman of My Dreams

I first became aware of dream groups a number of years ago, when someone made an announcement after a church service that such a group was going to form. At first, I wasn’t even sure what they meant by “dreams”—I thought it might have been dreams in the sense of aspirations, rather than the visions that occur while we sleep. Either way, I had plenty to work with, but I had no idea what I’d be getting myself into if I joined. A week later, the group’s leader asked all interested parties to gather for more information. I was still wavering when I saw a very attractive young woman join the group. At that point I immediately determined that I was interested. (I thought the group might be worthwhile too.)

The idea for this group and many others like it came from a book by Jeremy Taylor called Where People Fly and Water Runs Uphill. Taylor, a respected author and teacher who died in January 2018, worked with dreams and dream groups for decades. His central principle was that all dreams come in the service of health and wholeness. Whatever else you may believe about dreams, the assumption our group starts with is that they are a good and useful thing, that they exist in some respect to benefit the dreamer.

It may be helpful to clarify what group dream work is not. First and foremost, it is not simply a matter of guessing or looking up things in dream dictionaries. At the other extreme, it’s also not formal psychoanalysis. Participants in dream groups are simply laypeople who have learned some basic skills—not professional therapists. Finally, it’s not a religious exercise. Someone may, of course, experience religious symbols in dreams, but dream work as such does not presuppose any religious framework for interpretation.

Members are encouraged to write down any dreams they remember as soon as they wake up, then bring them to share in the meetings. Dream work can be very intimate, so all members agree to treat each other’s dreams with respect and discretion—and never to share the content of a meeting outside the group. As a member recounts a dream, the others listen quietly; when the dream is finished, we ask questions only if needed for clarification. Then we begin sharing our thoughts. Although someone may have a strong opinion about what another person’s dream means, only the dreamer can ultimately determine its meaning. In addition, because dreams are abstract and richly suggestive, there’s a strong tendency to read one’s own issues into someone else’s dream. For these reasons, we avoid saying, “This is what your dream means.” If someone has an insight or observation, the language we use is, “If it were my dream…” That way each person can put him or herself in the shoes of the dreamer with impunity, and the person sharing the dream can look at it more objectively too.

Such Stuff As Dreams Are Made Of

Taylor’s book discusses numerous principles of dream work at length, but a couple of notions come up with great regularity. For one thing, we assume that a given dream may have many different meanings, which may or may not be deep and profound. My action-adventure dream could mean both that I really enjoyed that James Bond film I just saw, and that I feel some situation in my life needs rescuing. Another postulate is that many or all of the different characters in a dream may represent the dreamer. So if I save the damsel in distress from the evil prince, it could be that my dream is about situations in which I feel helpless, or conversely, cause pain to others—not necessarily my role as the hero.

These ideas, and many more, come into play as we discuss each other’s dreams. Often the person who shared the dream will have an “aha” moment—a sudden realization of the significance of a dream symbol that would not have occurred outside the group setting. Of course, it also sometimes happens that a dream remains entirely inscrutable even after an hour of intense discussion. Even so, the process of sharing and discussing dreams can have a very therapeutic effect.

I Have a Dream Today

Dream groups can have many different forms, and their structure can vary depending on how many people are involved, where the meetings take place, and how well the members know each other. Although I’m not currently in a dream group, I’ve been in several over the years. Typically the members of my groups were quite comfortable with each other, and chose to meet monthly, in a different person’s home each time. We’d begin with a potluck meal, and while we were eating we’d take turns talking about the significant events in our lives. This is quite important, as it gave us a context to evaluate the significance of dream images. We also usually spent a short time discussing “meta-dream” issues—things like methods for improving dream recall, the phenomenon of lucid dreaming, or insights from a book one of us had read.

Next we’d take a moment to center ourselves and mark the transition from ordinary discussion into dream work. Each person would then very briefly share a recent dream, and we’d determine who had a dream they’d like to examine in detail. Time permitting, we’d discuss two or three of these dreams using the principles from Taylor’s book and the “if it were my dream…” language. We’d finish with another simple centering exercise to mark the end of our dream discussion.

Our meetings were not uniformly successful in revealing the inner workings of our minds, but more often than not, we all left feeling we’d learned a great deal more about ourselves and each other. During my first year in a dream group, I developed deep relationships with the other members—including that attractive young woman, whom I later married. And I acquired not only valuable introspective skills, but also some very good habits of deferential and attentive listening. But leaving aside all the touchy-feely stuff, the bottom line is that it is seriously fun. I loved being involved in dream groups, and hope to do so again someday.

Some scientists believe dreams are nothing more than residue from the brain’s “garbage collection” process as information is transferred into long-term memory. Others hold, somewhat more charitably, that dreams are the mechanism the brain uses to unconsciously work through issues that could not be dealt with in waking life. And then, of course, some people have a more mystical take on dreams, declaring that they are a direct communication channel to God, the collective unconscious, a “higher wisdom,” or whatever. Unlike my biblical namesake, I don’t pretend to any supernatural gifts when it comes to interpreting dreams, and I don’t have much of an opinion about either their neurological or metaphysical basis. All I can say is that after working on my dreams in groups, I feel I understand myself better. That dreams can accomplish this is enough for me.

Note: This is an updated version of an article that originally appeared on Interesting Thing of the Day on April 25, 2003, and again in a slightly revised form on June 6, 2004.