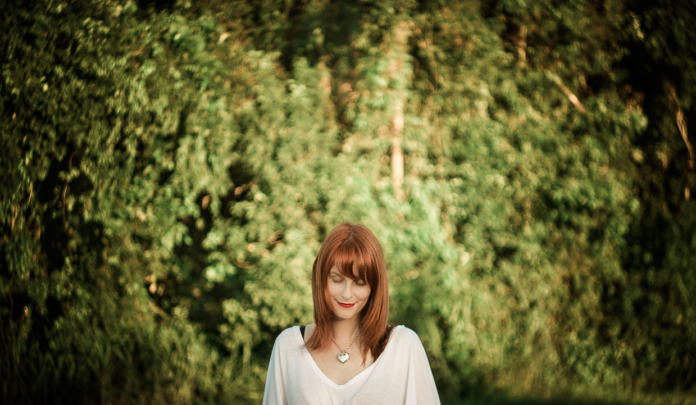 I dream that I am standing in a very unfamiliar building. Something about the strangeness of my surroundings leads me to wonder if I might not be dreaming. I decide to perform a little experiment to determine whether it really is a dream or not. There is a short flight of stairs ahead of me going down to a lower level. I know that if I jump off the top step and find I can fly, it must be a dream, whereas if land normally, it isn’t. So I jump, and sure enough, I float down to the next level. “Cool!” I think, “I am dreaming—that must mean I can do anything I want!” But I can’t decide what to do next. I try walking through some people but that doesn’t work, and after a few minutes I slip back into the unconscious world of regular dreams. Nevertheless, the experience is fascinating and exhilarating. Being able to consciously influence the course of my dream is a wonderfully novel sensation.

A lucid dream is simply one in which you realize that you are dreaming. The dream I just described happened about a number of years ago—and it happened spontaneously, without any effort or intention on my part. Since then, I’ve read about and tried a variety of methods for inducing lucid dreams deliberately. Although I can’t yet dream lucidly on command, practice definitely improved my success rate. For me, this is a purely recreational activity, but for centuries lucid dreaming, in one form or another, has been practiced with great seriousness in certain religious and philosophical traditions. Tibetan Buddhism, in particular, has an ancient discipline of meditative techniques designed to encourage not just lucid dreaming, but a continuously unbroken state of consciousness, while sleeping and awake.

What’s so great about lucid dreaming? For one thing, it’s lots of fun. If you’re aware that you’re dreaming, you can do things that are impossible in waking life, such as flying, becoming invisible, or traveling to distant times or places. But on a more practical note, interacting with dream characters in a lucid state can help the dreamer to interpret the meanings of dreams in real time. Lucid dreams can also enable the dreamer to find creative solutions to problems, work through difficult emotional issues, and promote physical and mental healing. Many people believe lucid dreaming is a path to, or at least a necessary step toward, a form of enlightenment, and it also forms part of the training for some forms of shamanism.

A researcher named Hervey de Saint-Denys introduced the notion of lucid dreaming to the Western world in his 1867 book Dreams and How to Guide Them. But the term lucid dream itself was coined by Frederik Willems Van Eeden in his 1913 paper “A Study of Dreams.” The best-known modern figure in lucid dreaming is Stanford professor Stephen LaBerge, who founded The Lucidity Institute, coauthored the book Exploring the World of Lucid Dreaming, and conducts lucid dreaming workshops. For over four decades LaBerge has been studying lucid dreaming in a laboratory setting, and he proved that subjects can be taught to dream lucidly, using a technique he calls Mnemonic Induction of Lucid Dreams (MILD).

To use this technique, you form a habit, in waking life, of asking yourself, “Am I dreaming or awake?” every time you encounter some common stimulus. Sooner or later you’ll encounter the same thing in a dream, and if you ask the question while dreaming, you’ll probably figure out that you’re really asleep. (Carlos Castaneda wrote extensively about lucid dreaming—though he didn’t use that term—in his books about his alleged training as a sorcerer under don Juan Matus. His trigger for lucid dreaming was his hands. He developed a habit of looking at his hands as often as possible so that he’d be likely to do that in a dream as well; on seeing his hands, he’d be reminded to consider whether he might be dreaming.) Other methods include exercises performed right before going to sleep to focus one’s attention on having lucid dreams, meditating on certain symbols or sounds, and listening to specially designed audio recordings while falling asleep.

Blink and You Won’t Miss It

There’s also a sophisticated, high-tech way to promote lucid dreaming. In the course of his research, LaBerge developed an electronic gadget—somewhat reminiscent of a brain machine—called the NovaDreamer. The NovaDreamer included a soft mask that you wear to sleep; sensors above the eyes detected when the wearer enters REM sleep, the state in which dreaming occurs, and then activated a flashing light or a sound. The idea is that the user would notice the light or sound inside the dream, remember what it means, and enter a lucid dreaming state. The Novadreamer is currently out of production and may or may not become commercially available again. Reportedly, the device was quite effective—as well it should be, considering its price of US$500.

Meanwhile, numerous competitors have begun offering similar products, though the approach and features vary tremendously. The REM-Dreamer sounds similar to the Novadreamer. There’s also a headband called Aurora that can use light and sound to trigger lucid dreaming. A lower-tech (and much less expensive) product called Remee is a mask with embedded lights, but instead of using a sensor to detect when you’re in REM sleep, it uses a timer that you start manually when you go to bed. (I have one of these, but so far I’ve been unable to get it to trigger a lucid dream. Your mileage may vary.)

Regardless of the details of one’s approach, anyone who tries to incubate lucid dreaming will end up wondering, on increasingly regular occasions, “Is this real? Could I be dreaming?” And this is what so many people find fascinating about the notion of lucid dreams: if dream reality is as convincing as waking reality, how do we really know that waking reality is not itself a kind of dream? Of course, we don’t: this has been one of history’s great philosophical questions from the time of Plato through The Matrix, Waking Life, and Inception. But learning to influence the course of your dreams can lead to skills that may help you to exert similar influence in waking life. Whether that turns out to be yet another dream or not, a little extra awareness and control surely can’t hurt.

Note: This is an updated version of an article that originally appeared on Interesting Thing of the Day on July 16, 2003, and again in a slightly revised form on June 12, 2004.