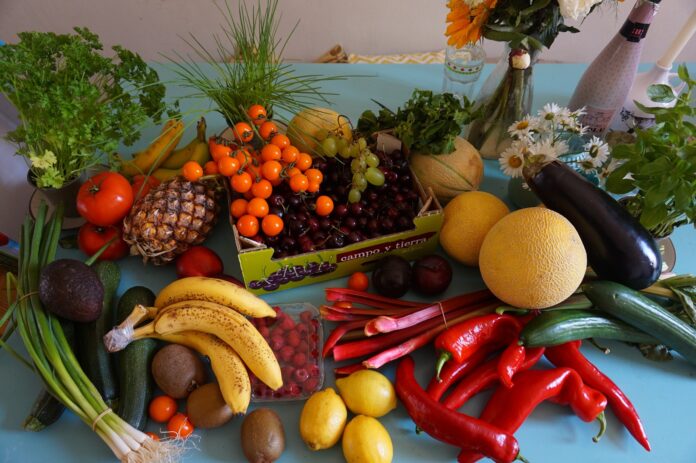 I’ve always liked the expression “all things in moderation.” I’m not sure it represents some sort of universal law, but it seems to be a reasonable attitude with which to approach most situations in life. It suits my personality, too, because I like novelty and variety while I resist both excesses and prohibitions. When it comes to food, this sort of mindset means I wouldn’t categorically say no to any class of food—vegetables, meat, dairy, alcohol, junk food, and genetically modified organisms are all valid options. However, I try to be aware of the nutritional properties and likely health implications of what I eat, and to make food choices deliberately. So I’ll eat that occasional crème brûlée without guilt, but I’ll probably also back off on sugars and carbs the next day.

The problem is, I can’t always figure out whose opinions about nutrition and health I should believe. Among the many paths to optimal health I’ve heard are these: avoid all carbohydrates and eat mostly protein; eat only plant products; eat only fruits; eat just one particular fruit; take vitamins; stay away from vitamins. I’ve heard that eggs are bad for your health; I’ve heard that they’re great for your health. Ditto for coffee and wine. I’ve heard that foods like honey and tea will help you live to be 100 and that they’ll lead to an early grave. Many of these contradictory claims were made by trained health professionals with years of experience, and have a stack of studies and anecdotal reports supporting them. For this reason, I take any proclamation about a particular diet’s virtues with a large pinch of kosher salt.

I say all this by way of qualifying today’s topic: anopsology. Also known as instinctive eating, instincto, anosology, or the raw Paleolithic/raw Paleo diet, it’s the practice of eating only raw foods—and specifically, those raw foods that humans would have eaten before the development of agriculture or fire. So fresh fruits, vegetables, seeds, nuts, honey, and even raw meats are in; dairy, grains, and all processed foods are out. By “processed,” I mean “altered in any way.” In other words, you can’t grind, press, or squeeze your foods. Nor can you season them. In fact, a central tenet of anopsology is that foods should never be combined in any way in the same bite. And, worst of all, you must never apply heat to foods in any fashion; in this respect, anopsology differs from conventional (non-raw) Paleo diets.

My first reaction upon hearing about anopsology was that it’s highly kooky. After reading more about it and considering it in greater detail…OK, I still actually think it’s highly kooky. But there’s also more to it than meets the eye. The rationale behind the notion of eating raw, unprocessed foods is not without some merit, and while I wouldn’t choose that path for myself, it does provide, shall we say, food for thought.

Anopsology was the brainchild of Guy-Claude Burger, a Swiss cellist and physicist born in 1934. Burger was diagnosed with cancer, and decided to treat himself by eating only raw foods. The cancer went away, so Burger concluded the raw foods had cured him. He went on to study, write about, and promote the virtues of raw foods. Although Burger was not trained as a physician or nutritionist, he developed an extensive theory to explain how and why anopsology works.

The gist of the theory is that humans evolved over millions of years eating only raw foods (as would have been necessary before the advent of agriculture and the use of fire for cooking); therefore, the human body must be genetically adapted to function best when only raw foods are consumed. Further, the theory goes, humans can instinctively tell (by smell and taste) which foods are good for them. After consuming a certain quantity of any “original” (or raw and unaltered) food, its taste will change to become less appealing; this is the body’s signal that you’ve had enough and it’s time to stop eating that food. By mixing, cooking, seasoning, or processing foods, you mask these taste changes, so the only way to guarantee that you can detect and respond properly to the changes in taste is to eat foods completely separately from each other.

By eating raw foods in this manner, proponents say, one can cure or prevent a long list of diseases (everything from athlete’s foot to cancer) and ensure a long and healthy life. Anecdotal stories of miraculous cures abound. Unfortunately, very little medical research exists to support or refute these claims. Meanwhile, according to another set of anecdotal stories, some people who have religiously followed a raw-food diet for decades have still somehow gotten sick and died.

That’s just the beginning of the criticism of anopsology. Some observers point out that instinctos (as they call themselves) typically eat a lot of foods that didn’t exist in the pre-fire, pre-agriculture world—hybrids and selectively cultivated plants that have only been available relatively recently. They also, curiously, avoid foods such as rhubarb and kidney beans, which are toxic until cooked. Furthermore, contrary to anopsologists’ claims, some foods are demonstrably easier for the body to digest when cooked.

Then there’s that whole notion that humans haven’t evolved appreciably since cooking was invented—at least 10,000 years ago, and more likely 40,000 years ago. That strikes me as unlikely, but even if it’s true, it’s a stretch to assume that before that time, humans were perfectly adapted to eat any, all, and only raw foods. In addition, it’s ridiculous to assume that no one ever ground, squeezed, or combined foods before the discovery of fire. Even if there is a process by which raw foods change in taste to signal us that we’ve had enough, evidence is scant that our ancient ancestors relied on it. And if smell and taste are truly such outstanding indicators of what’s good for us, then I think it’s odd to say that mechanism couldn’t apply to, say, baked goods—to assume that because the ingredients have been processed, they must be fooling our senses.

Interestingly, vegans have been among the most vocal critics of anopsology, saying that it goes too far by permitting meat. Some vegans, on the other hand, say it’s also too limiting in not allowing all plant products. And then there are the fruitarians, who advocate eating only raw fruit (including seeds and nuts); according to them, anopsology and veganism are too broad.

Meanwhile, Burger has been convicted on separate occasions of fraud, illegal practice of medicine, and sexual abuse of minors (for which he was given a 15-year prison term in 2001). Of course, these facts have no bearing on anopsology as such, but they cast a generally dim light on Burger’s thought processes.

Personally, I find the arguments in favor of anopsology unconvincing. Although I can see the appeal in wanting to eat those foods for which the body is best adapted, it seems unlikely that we’ll ever determine conclusively what those are, or that they’re the same for all people for all time. Unless or until such proof is forthcoming, I’ll carry on eating my balanced diet of raw and processed foods.

Note: This is an updated version of an article that originally appeared on Interesting Thing of the Day on September 27, 2006.